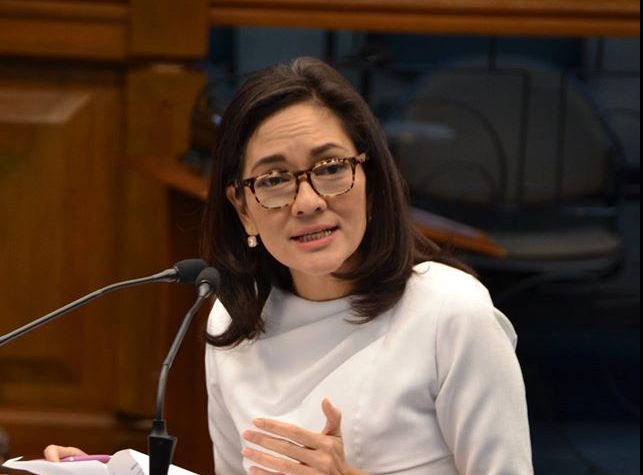 Senator Risa Hontiveros reminds President Duterte and everyone that women shaming is not cool.

“As a woman, I take deep offense at President Rodrigo Duterte’s latest remarks against fellow Senator Leila de Lima. They are misogynistic,” writes Senator Risa Hontiveros in a statement released on her Facebook page earlier today. The statement referenced Duterte’s conflicting remarks towards and about women, saying  “The President’s latest statements establish a consistent and disturbing pattern, which is prejudicial to women.”

De Lima has launched a Senate inquiry regarding the casualties with no due process from the war on drugs that the President has claimed. Wednesday this week, Pres. Duterte publicly addressed De Lima as having a link to drugs and claimed she was having an affair with her drug-addled driver. Duterte also claimed suspicion on the sources of the De Lima’s funds for her senatorial campaign.

Hontiveros cited Duterte’s remarks as “an awful display of ‘ad hominem politics,'” and continues by saying the that “while he is known for his colorful language, it is not an excuse to insult and threaten women or target, without basis, a person’ s reputation.”

Vice President Robredo, in a separate interview held in Naga, calls for respect between two parties, urging each parties to stop committing personal attacks despite being on opposite ends of the argument.

Hontiveros is known as an advocate for women’s rights, LGBT rights, and the Reproductive Health bill.

Ja Turla’s protest art starts with a thread, a needle, and fabric as...

SHAREStar-Lord’s famous playlist just got bigger, and we’re not complaining. “Guardians of the...

I am eight years old and walking by the hallway beside my classroom...