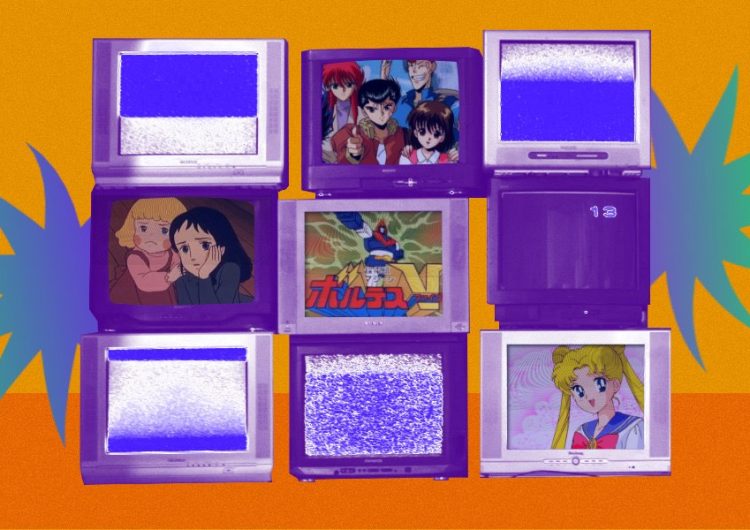 More often than not, a local kid’s first exposure to cartoons starts one Saturday morning, a TV flipped on to a channel with a character prattling away in Filipino. To these kids, entertainment meant “Ghost Fighter” and repeated shouting of “Tapusin!” To these kids—such as myself—cartoons spoke their native tongue, adding a slice of relatability to a piece that would otherwise be considered foreign.

When we look back at these cartoons and anime dubbed in Filipino, we speak in the language of internet memes. We talk about Princess Sarah, Becky and their adventures with “patatas,” the mere thought of Jotaro Kujo claiming “Wa’y gamit!” in Bisaya, and the oddity of Taglish anime. We’re unified by the doctrine that holds up with many anime shows in our local channels—if it speaks our language, then it must be “cringey.”

Back in June, the discussion on Filipino-dubbed cartoons made its way to a Senate hearing when Sen. Pia Cayetano asserted that broadcast stations should opt to keep cartoons in their original English instead. “Bakit ba kailangan ipilit i-dub ’yan? Just play it in English. It’s cartoons, it’s just meant for them to hear it.” Cayetano pointed out that these cartoons would be one way for kids to learn English, so they can successfully navigate the future global economy.

Mixed in with the anime community’s civil war of dubs vs subs, Filipino dub is a contentious topic. But despite the universal shudder that seems to vibrate in a room of those who’ve grown up with them, these cartoons’ lasting mark offers a strong point in defense of dubbing. Without these locally-dubbed cartoons, we wouldn’t be exposed to the shows in the first place. And shouldn’t we afford kids today the same experience?

They’re accessible to most kids in the country

Cayetano cited that the English proficiency of the country’s college students is equal to that of “Malaysian grade six students and Japan taxi drivers,” but switching to predominantly English cartoons might just alienate the kids these shows are targeted to. There’s a sense of exclusivity in brushing off the Filipino dub, as localized versions are there to make these shows accessible to most kids across the country for the sake of entertainment.

Unlike the great debate on dubs and subs, we can’t exactly opt for subtitles. Filipino-dubbed cartoons are created for those who rely on dubs—aside from those who aren’t familiar with English, these are the kids who can’t read yet and the visually impaired. Apart from that, locally-aired shows are for those who don’t have access to internet streaming and who rely on TV for their cartoon fix.

Our culture and languages have long been under threat, following the cloud of colonialism still hovering over us despite our claims of being “proud Pinoys.”

“Filipino dubs are also a great way to show an audience that might not have the best grasp of the English language many wonderful stories they’d otherwise miss out on,” wrote voice actor Inka Magnaye.

Would we have been so engaged with foreign animation without tuning in to a Tagalized version of “Dragon Ball Z” after school? Dubs and locally-aired shows offer a gateway to narratives, cultures and art forms expressed in approachable ways, making a story written miles away resonate to a kid in their corner of the globe. So, to answer my question: probably not.

Let’s flip the switch here: As much as I’ve learned English in cartoons, the same could be said for Filipino. While the case for English-language shows promote it as a teaching tool, Filipino-dubbed cartoons have become one too.

“Dubbing is actually a very good avenue for children to learn more about speaking in Filipino. Foundations should start young and I don’t know why you’re trying to deprive them of that,” said one Twitter user.

“‘Fushigi Yuugi,’ ‘Cardcaptor Sakura’ and ‘Rosalinda’ were the reasons why I didn’t fail my Filipino classes,” another user added.

There’s a sense of exclusivity in brushing off the Filipino dub, as localized versions are there to make these shows accessible to most kids across the country for the sake of entertainment.

There’s a place for Filipino cartoons as much as those in English. As a whole, Filipino dub puts the importance of mother tongue proficiency back in the limelight, something that has been pushed back especially with the Supreme Court’s decision to remove Filipino and Panitikan classes from the college curriculum.

Our culture and languages have long been under threat, following the cloud of colonialism still hovering over us despite our claims of being “proud Pinoys.” While it may seem like a small move, we can push the importance of language in everyday lives through exposure like this. And while the powers that be may point out that kids need English cartoons to further their spot in the global scene—well, they might want to see how their own country’s doing first.

SHARELex, editor-in-chief Devilman Crybaby – THIS SHOW IS NUTS! That’s all I have...

I, too, am ready to risk it all for JCON