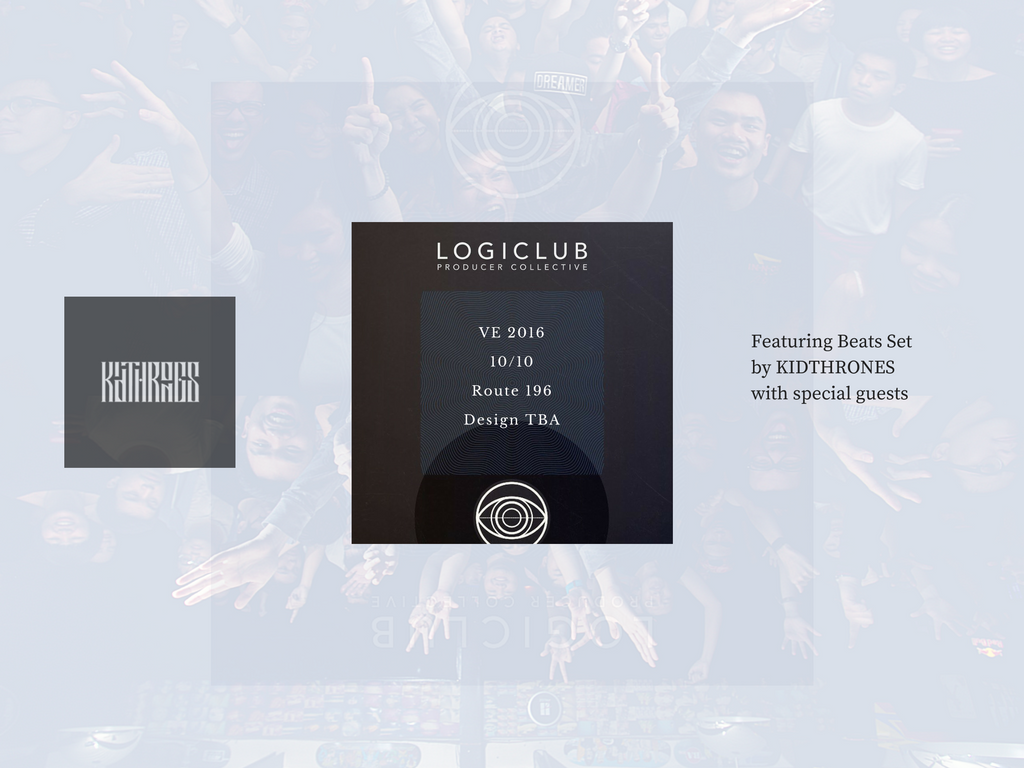 We’ve always been keeping an eye out for young talent to write about, and members of collective Logiclub are no strangers to our pages; B.P. Valenzuela, Mito Fabie a.k.a. Curtismith, and Ninno Rodriguez a.k.a. NINNO of Shadow Moses are some of the Logiclub members that have made it to print. And for good reason too; Logiclub doesn’t seem to be in short of supply of talent, in music and beyond. There’s no way to definitively encapsulate the sound of each of their members in one go, but sometimes words fail, and all you’ve got to do is listen.

Vibration Exercises is one of Logiclub’s events that pop up every now and then, serving as a platform for listeners to get a taste of what the collective has to offer. Created to “showcase original material from select electronic artists in the metro,” as Logiclub co-founder Rez Toledo puts it, previous Vibration Exercises have included John Pope, St. Vincent & the Grenadines, and Similarobjects in their roster.

One thing that you can notice in Logiclub is there is an element of mystery and obscurity that pervades in their collective identity. It works well with the more esoteric sounds of some of their members, and the same goes for their events, which are at times, invite-only. But their upcoming event on the 10th of October is open to all, and may offer us a new glimpse of what the collective can offer in terms of sound in experience.

First announced in the roster of performers, is Logiclub co-founder Eric Trono, and his project Kidthrones, whose release of new material is what we’re particularly excited to listen to, including his latest project, IKIGAI,  that was first released in Malasimbo earlier this year. “IKIGAI is an unfinished project of mine which is why it’s unreleased up until now but I’m playing select tracks from that project plus projects with Curtismith, plus songs with a couple of MCs whom I’ve worked with throughout the year,” Kidthrones shares in an online interview. “I’m also playing this set with my new gear so I’m looking forward to all of those.”

[pull_quote]”Vibration Exercises is a space where we can explore sounds and get immersed in the taste of like-minded artists. It highlights the individuality of each participant.”[/pull_quote]

What exactly can we expect in a Vibration Exercise? “Vibration Exercises, or VE, is based on a beat creation ritual that we did a couple of years ago and we named the event after that,” shares Rez. “Basically, the philosophy is impulsive creativity applied to electronic music production. We named the after that because it sounds like a good name, and it works as a concept for the event.”

“Like with all the artists involved, you can expect unreleased original music, a wide spectrum of genres, and good vibrations of course, shares Kidthrones. “Also VE or Vibration Exercises is special to me because it provides us a space to showcase material that I normally can’t play in other settings(I think the same sentiment resonates with others in my crew too). Vibration Exercises is a space where we can explore sounds and get immersed in the taste of like-minded artists. It highlights the individuality of each participant.”

The Vibration Exercises sound series is back this October 10, featuring SUD, Tandems’ 91, CRWN, Kidthrones, and a whole lot more. Check their event page for more info.

Photos from the Logiclub Facebook page. Special thanks to Rez Toledo, Deej Fabian, and Eric Trono.