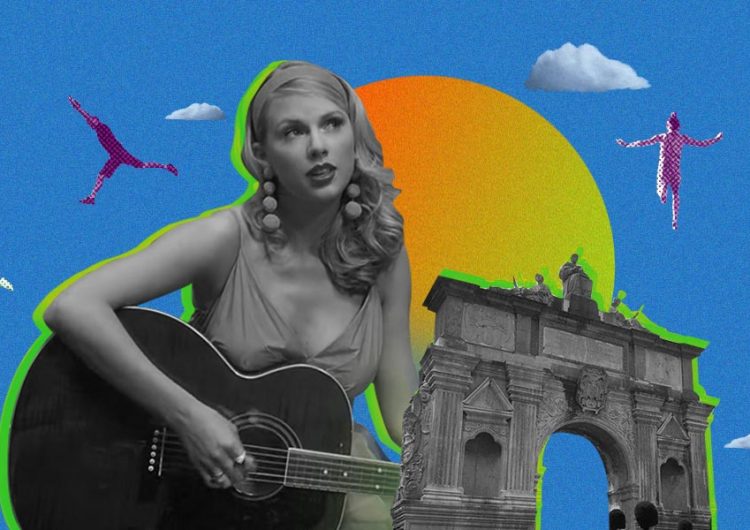 If we penned an article to reveal our inner Swiftie, Fr. Richard Ang, O.P. snuck his possible fanboying inside a widely-broadcasted message to college freshmen.

In University of Santo Tomas’ (first ever) virtual mass for incoming freshmen, Fr. Ang—the university’s new rector magnificus—borrowed “Folklore” queen Taylor Swift’s lines in his homily, like a smoothly-referenced college paper. “Taylor Swift [..] released a song this year called ‘Only The Young.’ It goes like this: ‘Don’t say you’re too tired to fight / it’s just a matter of time / Up there’s the finish line / So run, and run, and run,’” he addressed 12,676 freshies watching from their homes.

Rector: Taylor Swift’s single “Only The Young” captures the spirit of the times and speaks directly to the youth: “Don’t say you’re too tired to fight / It’s just a matter of time (so run) / Up there’s the finish line / And run, and run, and run. #USTRoarientation2020 pic.twitter.com/hxhMkSpUK0

According to The Varsitarian, this is coupled with Ang’s message to the youth on not giving up on their dreams. “You know the time is truly of essence and that the finish line is just within your reach so freshman, run, walk, go and try to achieve your dreams,” he said.

For Ang—according to the univ pub’s tweet—“‘Only The Young’ captures the spirit of the times and speaks directly to the youth.” As a “Folklore” devotee, may I know his favorite track in the latest album, too?

Released in January this year, “Only The Young” slaps a lot in its lines, including, “They aren’t gonna help us / Too busy helping themselves / They aren’t gonna change this / We gotta do it ourselves.” All together, let us say: And that’s on amen.

Koreaboos and theater kids have entered the chat