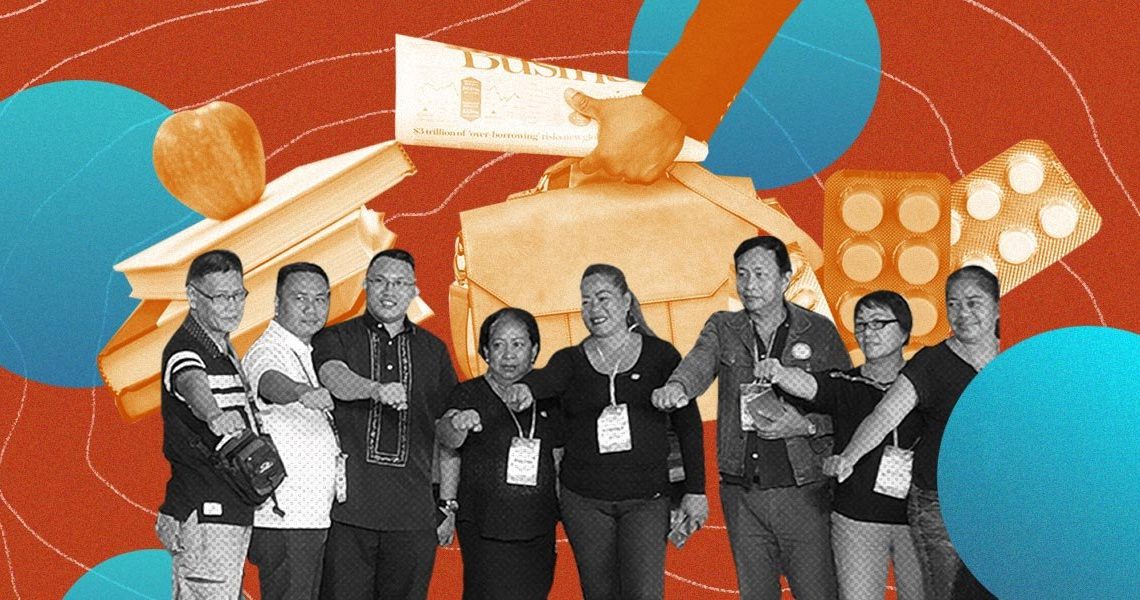 Just a couple of days after a controversial oath-taking, the Duterte Youth is once again under fire for their first order of business: red-tagging.

Duterte Youth’s Ducielle Cardema filed yesterday a resolution pushing for an investigation on progressive civic and campus groups. In House Resolution No. 1293, she claimed that the New People’s Army (NPA) is using “non-NPA-named front organizations” to recruit members of the youth and that the said recruitment is meant “to reinforce their ranks for communist terrorist activities.” Cardema however clarified that the investigation is not targeted toward organizations “that are simply opposing or criticizing the government.”

READ: Duterte Youth Partylist files its first House resolution: A probe on the alleged youth recruitment of the New People's Army through civilian & campus organizations "to reinforce their ranks for communist terrorist activities."

Cardema’s place in the House of Representatives has been questioned by many lawyer groups, particularly on the legitimacy of the partylist. Election lawyer Emil Marañon pointed out in a previous interview that they assumed duties early, violating Article 236 of the Revised Penal Code.

If they truly want to represent the youth, Duterte Youth should use all this time and energy for more pressing matters that are affecting the youth right now.

A good number of the youth sector are students, and most of them are still struggling with online classes. Some have even dropped out of school completely. Teachers are also bearing the brunt as they’re having just as hard of a time adjusting, some even had to climb up roofs just to conduct their classes and submit requirements.

Advocacies for both academic freeze and safer back-to-school arrangements are still ongoing, even after Education Sec. Leonor Briones previously called critics “opponents,” but we haven’t heard the Duterte Youth speak up on education.

Rather than looking at students and teachers as potentially recruited NPA members, the Duterte Youth could look into possible bills they can craft to make education more accessible.

Several schools had already been red-tagged as part of an alleged plan to oust President Duterte. With the Duterte Youth pushing for a crackdown on campus organizations, this just screams enabling a fascist approach on the matter.

Just recently, we found out that non-suicide contracts exist. In other schools, academic placing will be the main basis for granting an applicant’s admission. Both issues sparked debates online, putting into question how schools are treating their students at a time like this.

This goes to both physical and mental health. The youth in particular openly advocate for inclusive spaces and accessible resources for mental health, which is just as crucial right now as maintaining physical health.

Obviously, the government’s mental health response is doing wonders (obviously a joke, although seeing the development of the dolomite saga is hilarious), but it would be really great if people with the power and voice would actually speak up about it.

Every day, COVID-19 cases continue to increase and we’re getting closer to overtaking larger nations on the top 20 countries with the most cases. Amid an ongoing pandemic, lawmakers have been busy prioritizing other matters: particularly ABS-CBN’s shutdown and the Anti-Terrorism Law.

Oh, and has the Duterte Youth acknowledged youth frontliners yet? Ah, no?

Getting a job right now is tough. The unemployment rate in the country has been reaching record-highs for the last several months. While some Gen-Z peeps are getting creative and using unlikely ways to get their resumes noticed, young working adults could really use better employment resources and job opportunities.

Just this month, we saw proof of underlying injustices in our justice system with the development of Reina Mae Nasino and Baby River’s story: A baby denied the right to be nurtured by her mother and a mother repeatedly hindered from seeing her deceased child.

Reina, a 23-year-old mother, qualifies as a youth herself (maybe even more than certain overaged members of the partylist themselves). Reina is a political detainee fighting for basic rights that for some reason the powers that be cannot give her. Whatever someone’s political beliefs may be, this doesn’t make them any less deserving of justice and the Duterte Youth, if they wish to truly represent the youth, should start embodying the values they swore on when they took that oath.

SHARECall her activities whatever you want, but one thing’s for sure: Grimes is...

SHARERacism is taking on a new meaning—literally. Merriam-Webster Dictionary is redefining the word...

SHARETinkering with her magic desk, our resident pop/R&B songstress (and favorite crafty Virgo)...