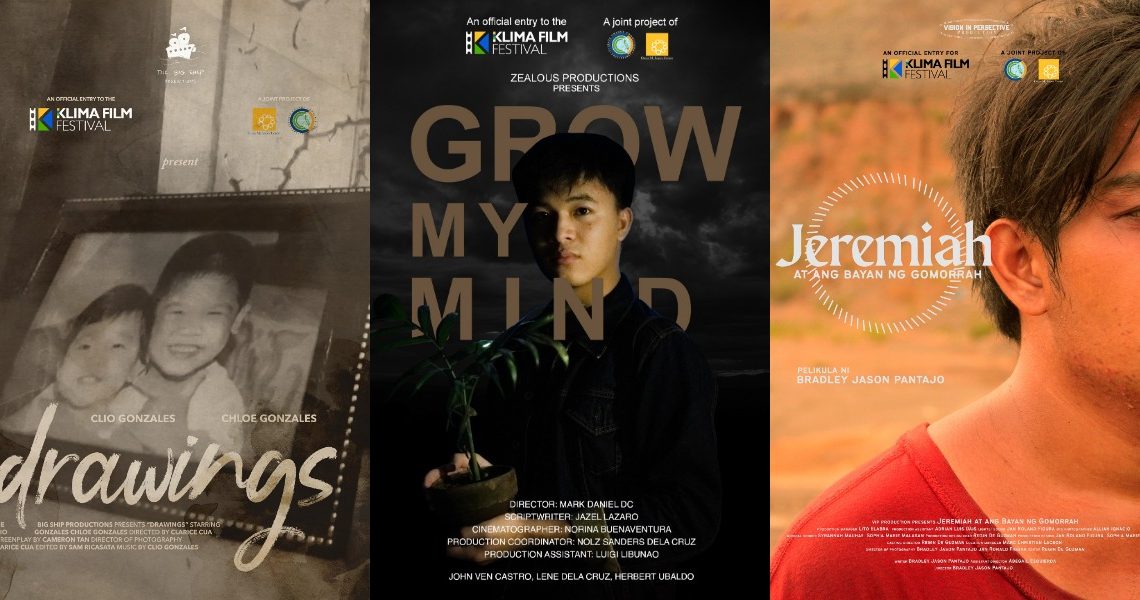 In this day and age, you’ll still encounter the occasional person who’ll proudly declare that they believe climate change is a hoax. I wish I was kidding.

I’m proud of the generation I’m in, especially when kids my age and even younger ones are socially aware and use their creativity to promote the advocacies they’re fighting for.

Just in time for Climate Change Consciousness Week, the Klima Film Festival, an initiative by the Climate Change Commission (CCC) and the Oscar M. Lopez Center, is bringing 10 student-made environment shorts to the screens for our weekend binge watching consideration.

With the theme “Adapting for a Sustainable Future,” the film fest aims to bring to the fore the effects of climate change through compelling storytelling and cinematic techniques. All films in the lineup are original entries from young filmmakers and are all rated G for general audiences.

Here are the films that you can catch on this five-day online film fest, now streaming on the CCC and Oscar M. Lopez Center Facebook pages. If you missed a livestream, don’t worry, you can still rewatch on Facebook or iWanTV.

In the aftermath of back-to-back typhoons, nothing could be more relevant than this film on rain and flooding. A man in Marikina packs his emergency bag full of precious memories, including his sister’s artworks.

Calling all the plantitos, plantitas and the halamamsers. Y’all ever talk to your plants? This film follows independent, nature-loving and only child Michael whose mother raises plants. When problems arise in the family, where does Michael turn to?

1 to 2:10 PM – “Jeremiah at ang Bayan ng Gomorrah” by Vision in Perspective Productions

What happens when heat keeps rising? This film imagines a perpetually dry and humid future, where water is more precious than any other resource.

When we’re hurt, we usually expect it to fade away eventually. But what happens when the damage is permanent? A lover of nature pens a letter to his greatest loss: the nature he once loved.

Ever been on a photowalk? It’s a beautiful experience, whether you’re with a group or on your own. Lito had a rough past and as part of the healing process, he goes on a photowalk back to the places he has good memories of.

This animated short makes us rethink who really caused the Earth to slowly deteriorate. A nymph living with her three nature dragons weaken as their lands, waters and skies are infested and destroyed by foreign beings, mirroring the effect of mankind’s actions.

In small ways, we can advocate for the causes we’re passionate about. But how long until we can say we’re resilient? In one way or another, we can relate to Ethan, a usually optimistic young man who isn’t sure about the future anymore after what he just found out.

In another animated short, Hiraya accidentally gets lost in a forest guarded by a fairy, whose lifeline is connected to the forest itself. She meant to lead woodcutters astray, not Hiraya, because if the forest disappears, so will the fairy herself.

You know the phrase “the wrath of nature?” You can expect to hear that as people lament the aftermath of a calamity, regretting missing the opportunity to do anything to prevent such things. This film lets us see nature’s effects through the eyes of Makoy, whose past pushes him to be more courageous and use his voice.

At the heart of environmental advocacies are scientists. As the Earth weakens, the Bolfango brothers strive to find a new home for mankind. A mission to Mars sounds like a do-over for humans, a clean slate to start again, but who’s to say it won’t suffer the same fate as Earth?

Read more:
Project NOAH could’ve been helpful but the government defunded it
Nadine calls out “Filipino resilience”—and so should you
These 7 QCinema shorts are free to stream this weekend