Good afternoon to K-drama fans and K-drama fans only. Throw away your restaurant randomizer because we know where to bring you.

The concept is simple: It’s a local joint that serves your favorite Korean dishes. However, its execution is a totally different story. Enter “Eataewon,” a lair of obsessions in the form of kimbap and chicken and more—with names referencing hit Korean drama titles. (IKR, the name got me, too.)

Speaking of titles, here’s a peek into the menu: Under the KLOY (Kimbap Landing On You) category, the resto serves the iconic snack in a variety of ways like the Legend of the Deep Orange Claw (stuffed with crab meat, Spam, veggies and egg), Healer Kimbap (stuffed with kimchi, veggies, cheesy corn sauce and eggs) and Kimbap playlist, which is a literal party with 48 slices in six kinds of kimbap.

If you feel like overstaying, there’s also Bulgoblin (bulgogi burrito), What’s Wrong with Kimchi Bomb? (kimchi bomb), It’s OK Not To Be K-Chicken (K-chicken burrito) and Hyun Buns with ❤︎ (garlic buns with cream cheese and beef/pork/chicken), which may or may not start a petition to see them with Hyun Bin himself. Another petition: Meet the “Itaewon Class” gang in this resto.

But behind this quirky brainchild is an emotional ride. Through a Messenger exchange, Eataewon’s current owner Steven Tan shared a slice of their origin story. “Eataewon is only the tip of the iceberg of the passion and love for food of my best friend’s best friend [named Elwood Liao]. His story inspired me to take over the restaurant since I have always wanted one of my own.” 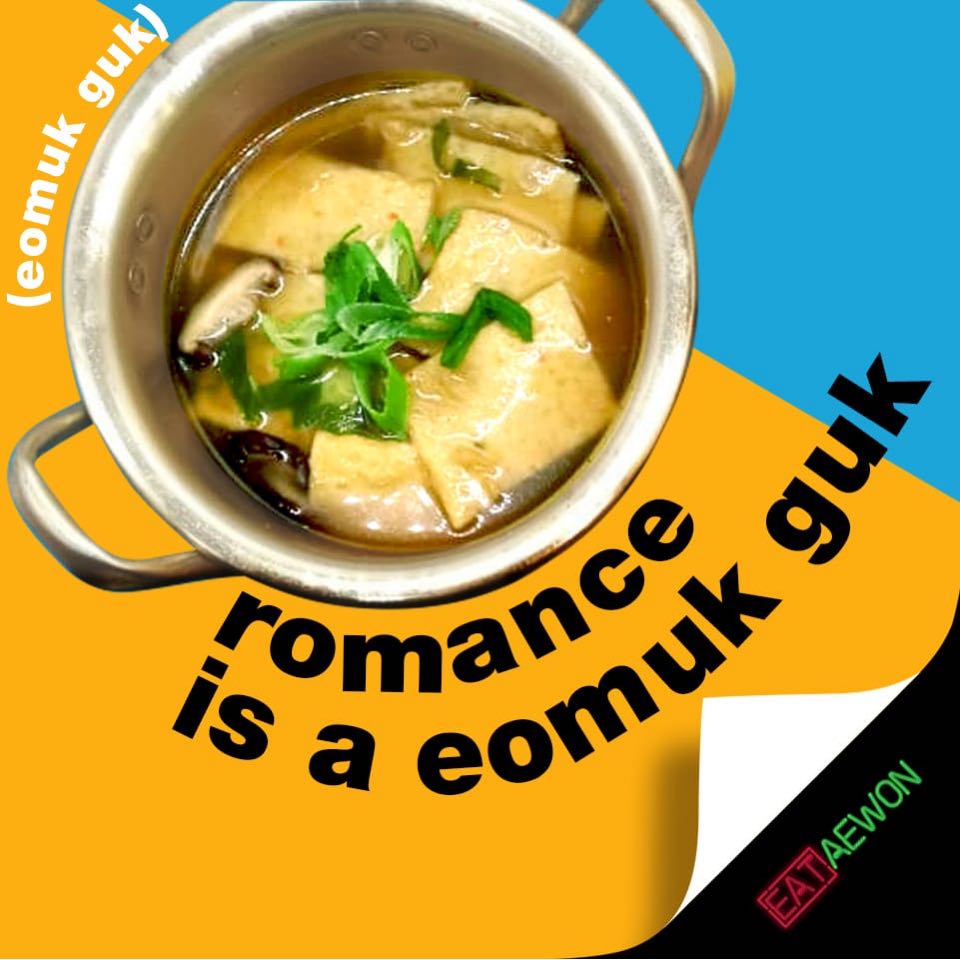 Elwood was supposed to undergo surgery for his severe heart condition. Since it was difficult to do so during March 2020’s lockdowns and everyone was obliged to stay indoors, Elwood found happiness in watching K-dramas instead.

And since Elwood was a good cook, he was able to whip up his own renditions of traditional Korean dishes. Several mandus and kimbap rolls later, Eataewon was born. “Right after his heart surgery, my best friend assisted [Elwood] in conceptualizing the brand,” Steven recounted. It had a successful first month run.

However, on the day Eataewon opened in SM Megamall, Elwood was rushed to the hospital. Steven narrated, “Right after 10 days, his team opened his second store in Robinsons Place Manila, which was his dream come true. After the opening, he passed away the next day.” Now, he’s been working to continue Elwood’s legacy.

You can head to Eataewon’s Robinsons Place Manila, Festival Mall, SM Fairview and SM Megamall branches. You can contact them at 0945 402 2959.

SHAREFuego! Are you ready to fight with a bayani this Independence Day? And...

SHAREUnlike some artists who like playing with subtexts begging to be unraveled, 18-year-old...