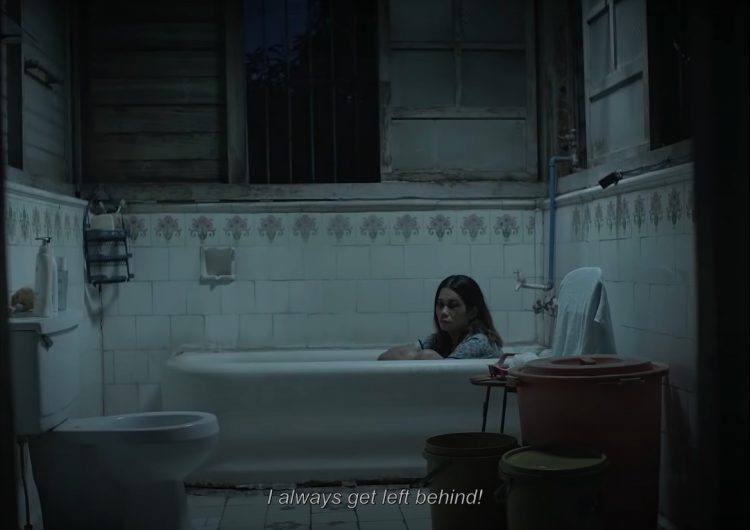 Sometimes, I don’t want an action-packed movie as much as the next person. All I want is to go deep into my feelings, ignore the sounds of my phone and just stare straight into a film while I wait for one of the characters to pull me out of Reality Dot Com.

Slow burn films can feel a little intimidating at first, but it doesn’t mean they’re not for everyone. There’s a rewarding feeling that slowness offers—it gives you a chance to introspect, empathize with the characters and investigate their actions. As it builds up strongly to its climax, it gives you an ending worth your time. If you’ve seen everyone’s slow burn gateway film “Burning,” here are more movies to add to your list.

If loneliness were a film, it would be this. An existential masterpiece, this film follows Sonya (Marietta Subong), an old woman left to keep their family-owned funeral home afloat. As she deals with the daily mundanity of life while embalming strangers’ corpses, she meets one who ends up being more than just a blip in history. The movie’s greatness lies not in the grandest of actions but in its deepest, most haunting silences. People aren’t lying when they say this is one of the greatest Filipino films out there.

If you want something to change (okay, just tweak) your life in 27 minutes, line up this film next. In 1988, as nine-year-old Eunhee (Jeongone Hwang) anxiously prepares for her recorder exam, she struggles to find a place in her middle-class family. For a film that fronts a kid, it bursts with maturity and meaning. BRB, just gonna add this to the Soft Feelings Pool™.

Who says a good horror film is all about one fast-paced turning point after another. If you vibe with the classic “Rosemary’s Baby,” this movie won’t disappoint. A police sergeant named Neil Howie (Edward Woodward) heads to an island village to track down a missing girl. Fun fact: The locals claim she never existed. And in that same place, he witnesses even more strange practices.

It’s easy to remember Wong Kar-wai’s “Happy Together” a few minutes into the film. But this comedy-drama has more to offer (so much in fact that you’d be sobbing for the most part). A teenager (Joseph Huang) is trapped in a feud between his mother Sanlian (Hsieh Ying-xuan) and a free-spirited guy named Jay (Roy Chiu). The former is his deceased father’s ex-wife, while the latter is his lover and insurance beneficiary. In unexpected meet-ups, imaginations and revelations, they discover more of each other and their own selves.

Color grading? Music? Performances? Chef’s kiss—and possibly what I wish my dreams would look like. Set in 1950s New York, this romance-drama presents department store clerk Therese (Rooney Mara) who develops feelings for Carol (Cate Blanchett), an older woman. I’m going to stop there and let you watch the rest (‘cause you’ll need some thinking and walking to do afterwards.)

SHAREFor our May-June 2017 issue, we interviewed six different personalities in an attempt...

With topics ranging from the curse of “My Way” to the Manila Film...

SHAREBy Celene Sakurako Today is the day that Respeto hits all cinemas nationwide....