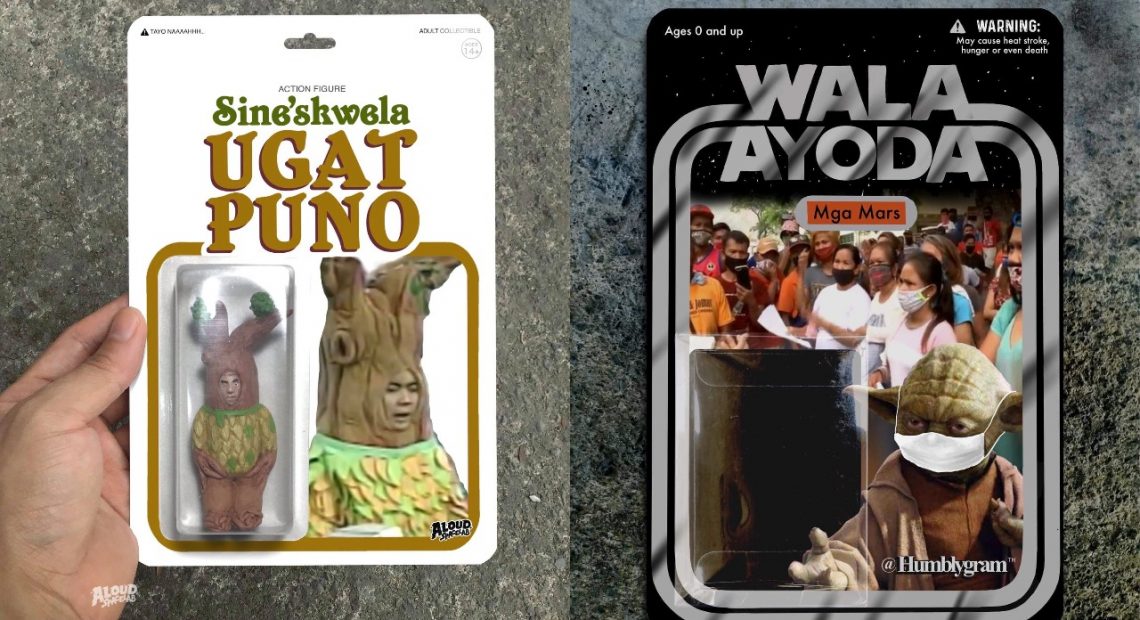 Why do grown people collect toys? As a collector myself, I can only pinpoint to my own reasons: 1) Just for the heck of it, and 2) to fulfill a deep-seated fantasy you didn’t get to see in your childhood.

But here lies the problem. Sometimes, the toy just doesn’t exist in this plane of reality yet. The solution for us grown kids? Fan-made art, and well, bootleg toys.

Rizal-based artist Bryan Antonio (a.k.a. Humbly) of Aloud Space Lab has made this into a reality with his DIY creations. Infused with enough irony and tongue-in-cheek humor, the self-taught illustrator produces a whole range of so-called “bootleg” toys inspired by ’80s to ’90s Filipino pop culture. 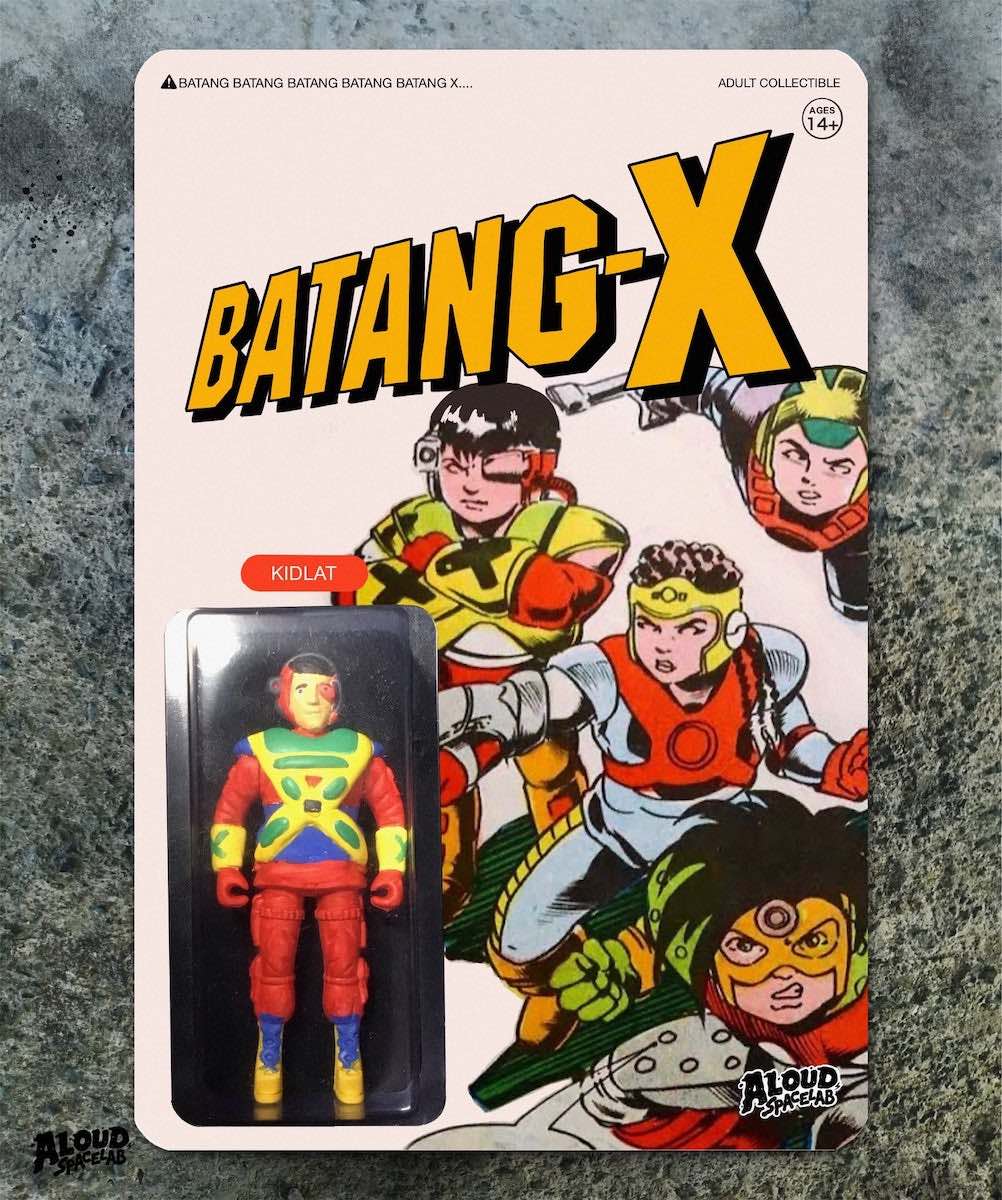 Figurine of Kidlat from “Batang-X”

“Aside from not having some toys I wanted from my childhood, I was also inspired to make and produce bootleg toys by New York artist The Sucklord,” he tells us. Bryan has his own collection of vintage toys, composed of the usuals like He-Man from “Masters of the Universe” and “Star Wars” figurines. But before dabbling into toy-making himself, he’d been a creative known for his traditional works and street art whose creations have been and continue to be featured in several exhibitions. He started sculpting in 2014 with the help of silversmith group, 13 Lucky Monkey.

“In 2016, I had my first solo show and that time I was also experimenting and customizing some old cheap toys,” he says. “I haven’t seen anyone create Filipino pop culture-inspired bootleg toys yet, so in 2018 I produced my own, thanks to a friend and some videos on YouTube.” 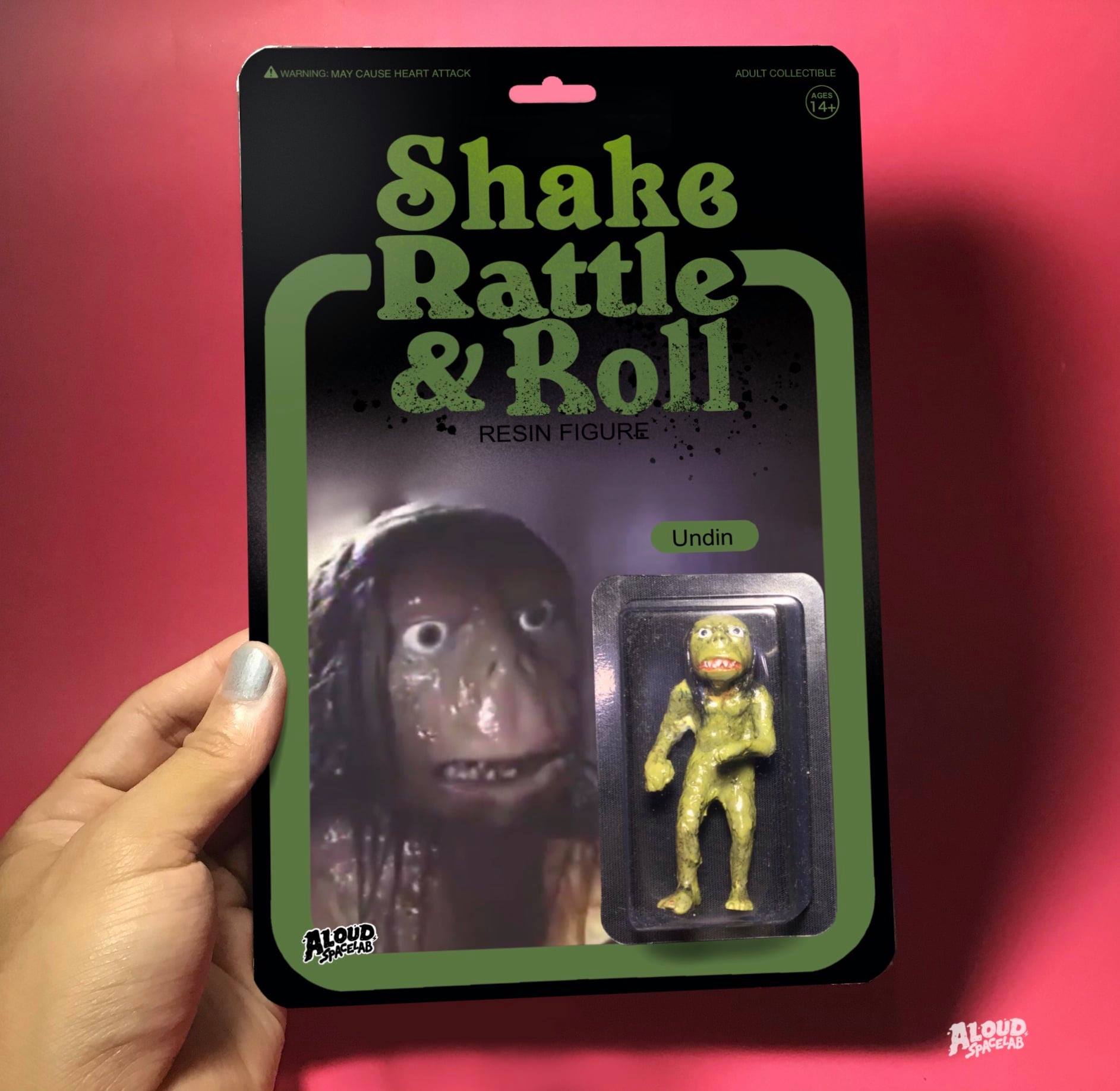 Figurine of Undin from “Shake, Rattle and Roll”

“When an idea pops into my head, I need to check if it has been done before and if I can use an existing toy to customize or if I have to make it from scratch. Producing it is a different process. All my toys are made from resin, while my prototypes are made from original plastic toys, sometimes epoxy clay and polymer clay,” he explains. “Each is difficult when you make them, especially with the small paint details.” 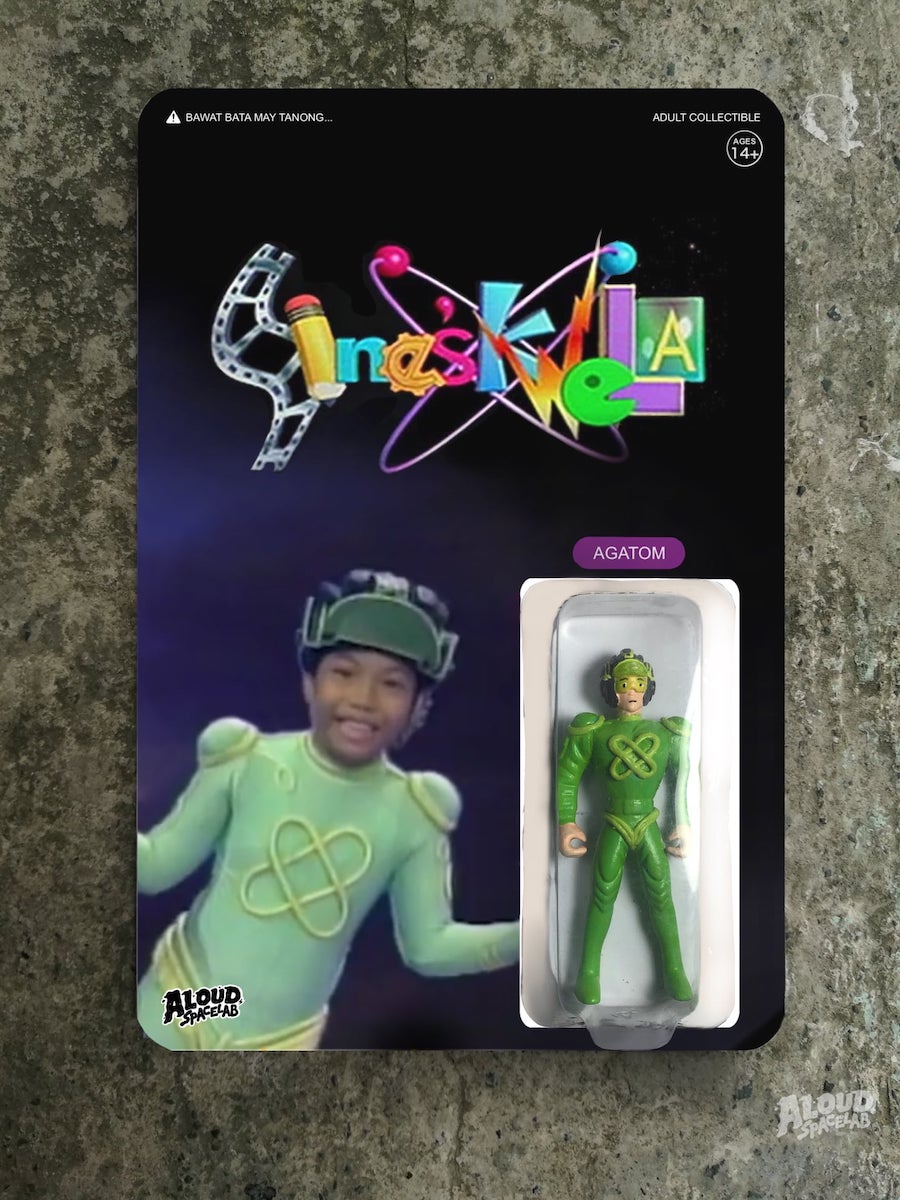 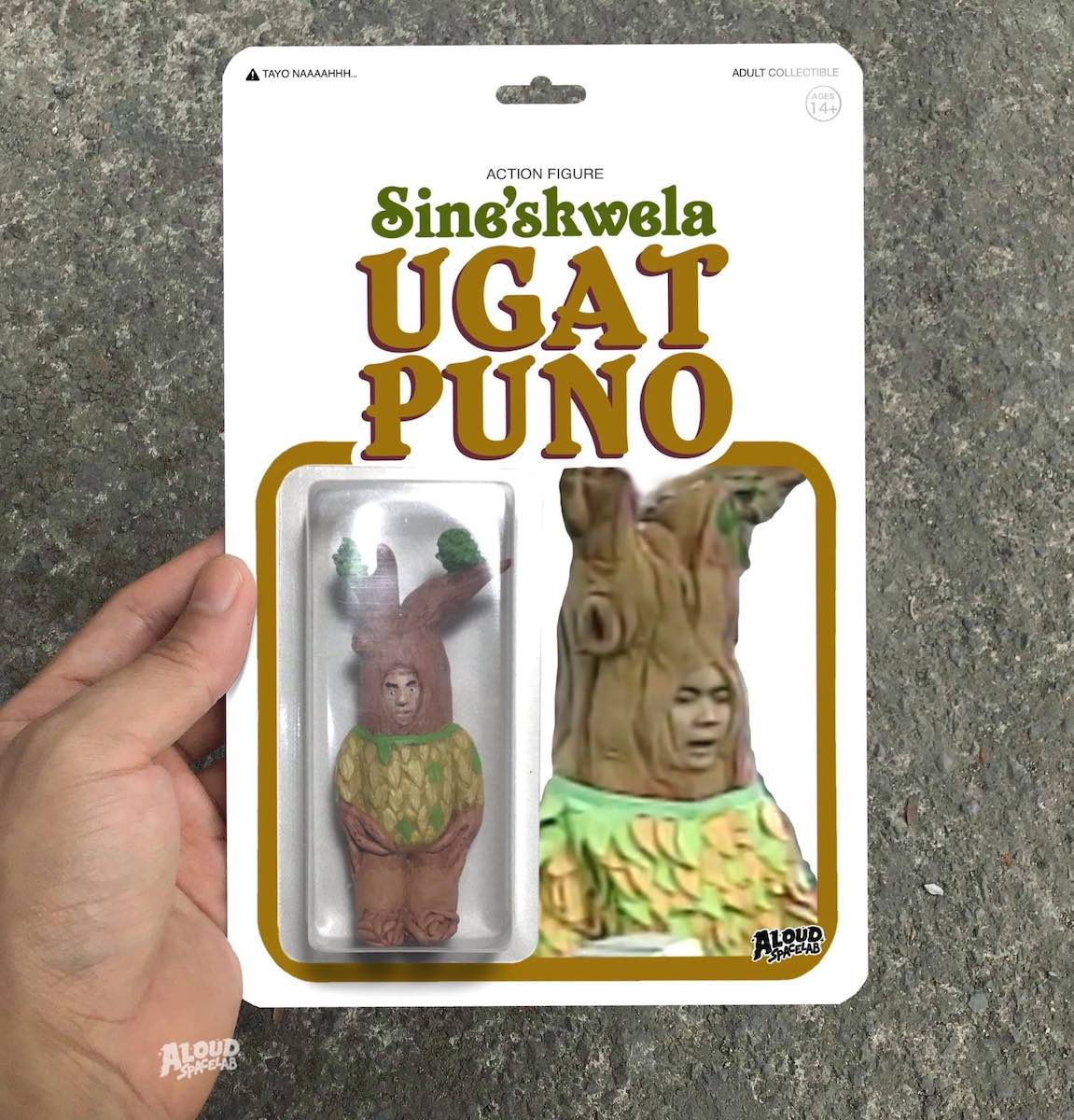 His current collection is a ragbag of nostalgic influences, such as characters like Kidlat from Peque Gallaga’s “Batang-X” and Agatom from school TV staple “Sineskwela.” Apart from that, his works transcend from the past and into the current socio-political climate with ironic pieces that serve as commentary. 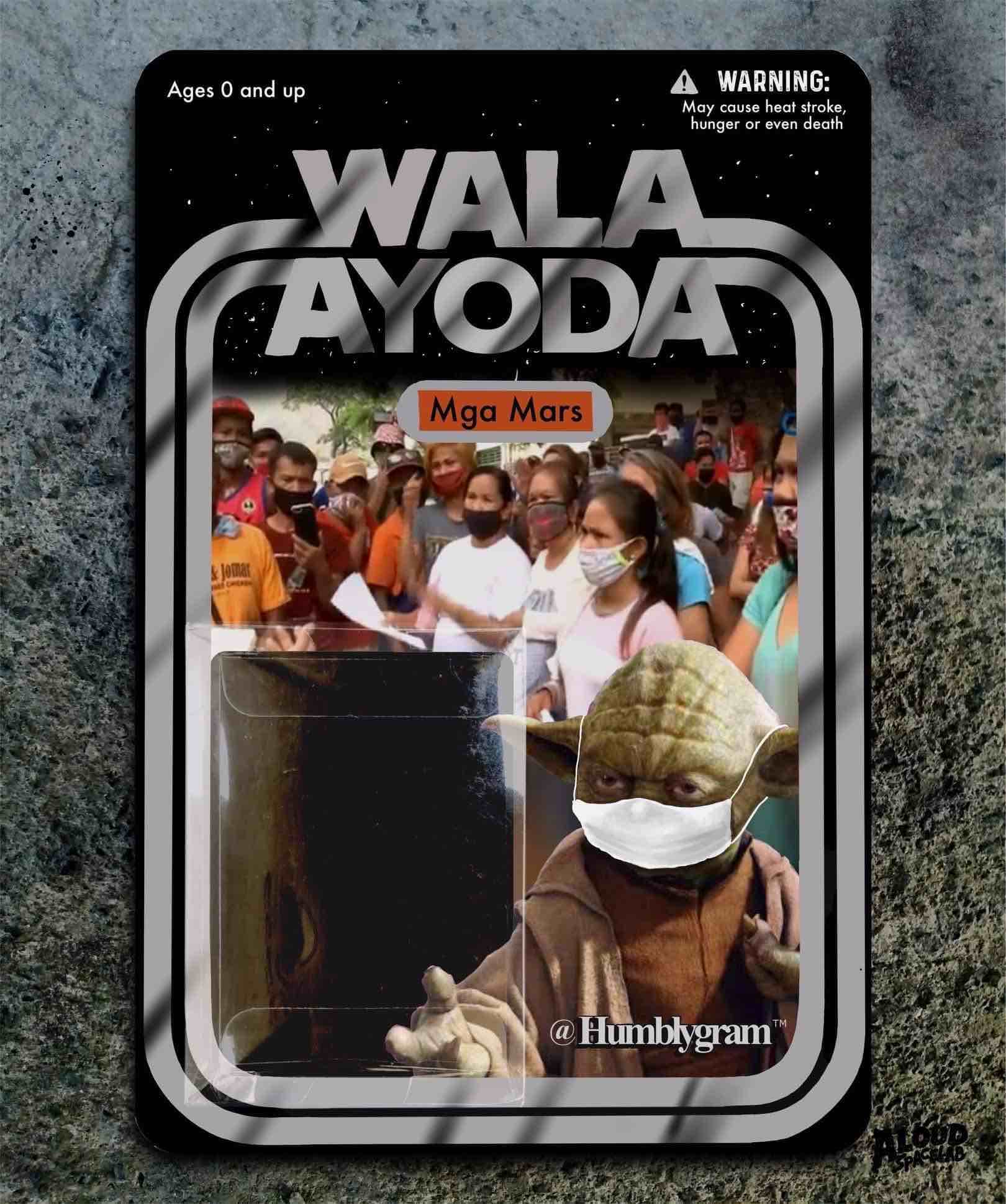 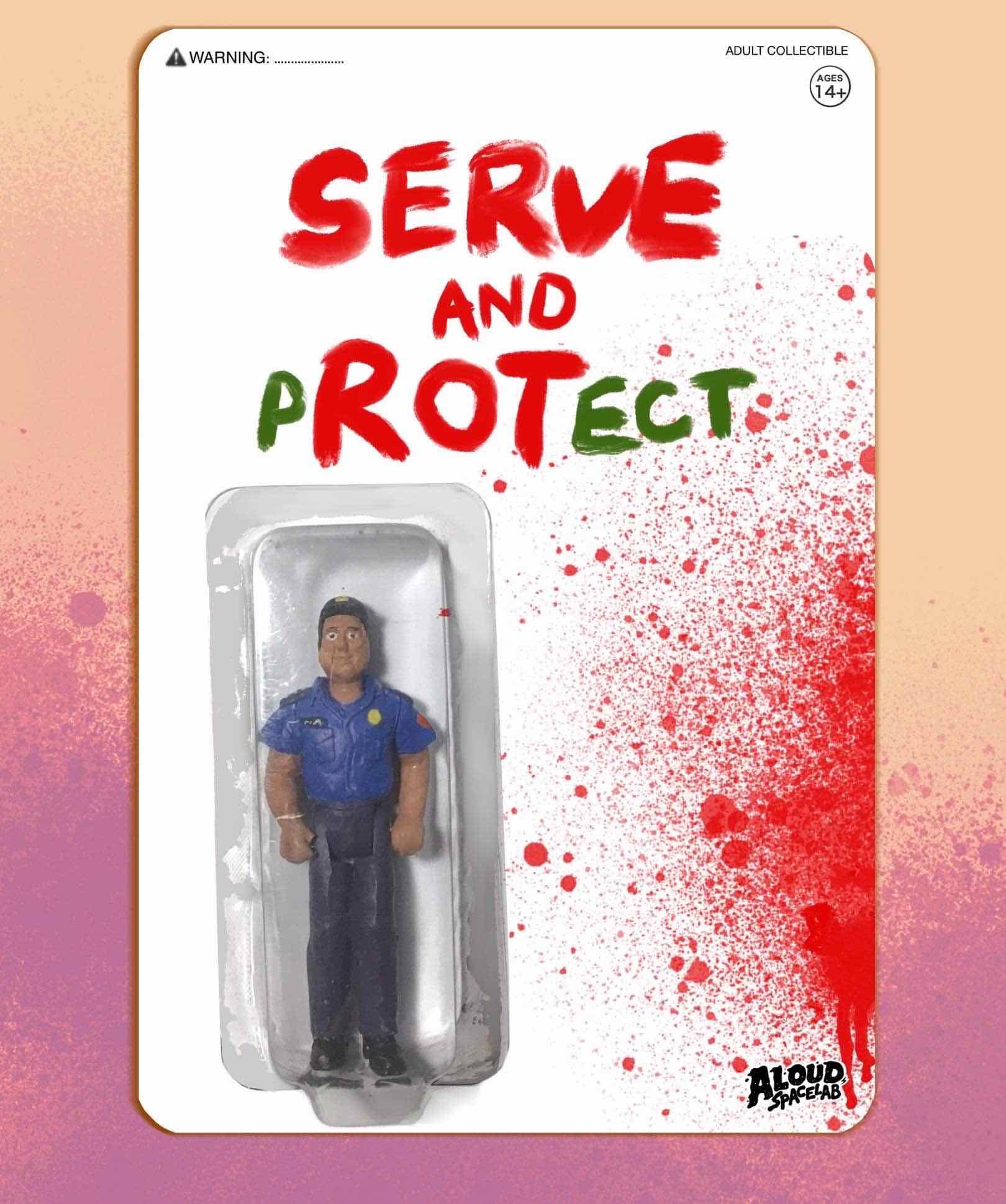 This includes an empty toy case with the words “Wala Ayoda,” with, of course, a masked Yoda. Another one has a figure of a police officer, labeled “Serve and Protect” with “rot” in bloody red.

When asked about an artist’s responsibility to address social issues, Bryan responds, “Everyone is responsible and has their own way. We can do it in a creative way and express it.” And in his case, bootleg toys were the medium of choice, mixing childhood innocence with a blaring wake-up call.

Bryan recently wrapped up his solo exhibition “Happy Together” held last month. He promises that we can expect more group exhibits, collabs, and limited edition releases in and outside the country on our horizon. But for now, you can check out the rest of his creations on his Facebook page.

Read more:
A virtual exhibit made by students calls for a better pandemic response
Cereal killers, this artist’s merch is the nostalgia you deserve
This 24-year-old visual artist’s canvas is your ukay haul