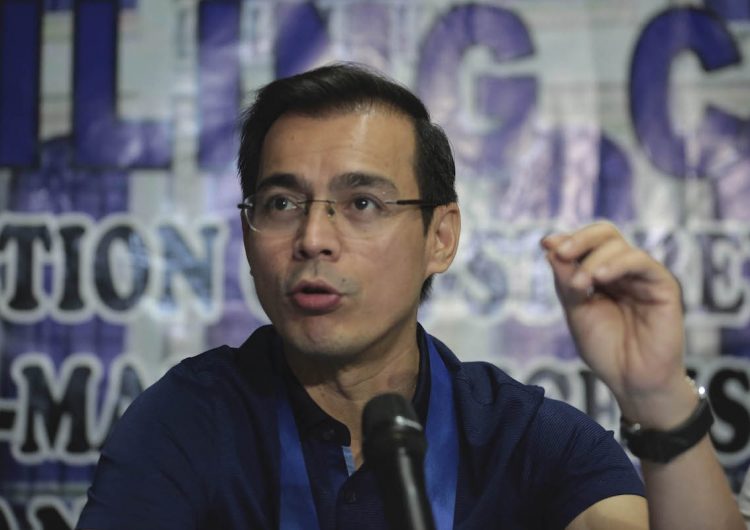 It’s a new week, so here’s a piece of casting news we didn’t really expect: A new name has been attached to play Filipino hero Andres Bonifacio, and it’s none other than Manila Mayor-slash-actor Isko Moreno.

In an interview with CNN Philippines the day before Independence Day, director Erik Matti revealed the upcoming project, where he explained the importance of a film focused on the trials and tribulations of Bonifacio.

“I think it’s crucial because Bonifacio marks the failure of a revolt against the Spaniards and we wanted to dissect that failure on why we could not unite as a country and win over the country back from its oppressor,” he said.

Matti also mentioned that the film, titled “May Pag-asa” after Bonifacio’s pseudonym, is meant to be a “dissection of a man who failed to win the rebellion and how it affected him as a hero.”

And as mentioned, the titular role has fallen to Isko Moreno, which may as well be his full-fledged comeback film as an actor since becoming Manila’s mayor in 2019. As to why he was cast, Matti later explained that Moreno and Bonifacio shared some parallels.

“They both come from Tondo, they are both theater actors and they all profess a love for Manila. I think that kind of identification together could actually be perfect for portraying the role of Bonifacio.”

While we’re all for giving underrated hero Andres Bonifacio the spotlight he deserves, the casting choice, however, may seem a bit questionable for some online, given that the 2022 elections are just around the corner. Earlier this month, Moreno had expressed his intentions of running next year, although the exact position “remains to be seen” by him.

“Kung anumang [position] ’yun, that remains to be seen but definitely I am running. ’Yun na lang ang masasagot ko,” he said.

(Whatever position that may be, that remains to be seen but definitely I am running. That’s all I can say.)

With that answer in mind, it’s worth considering the implications of painting a potential candidate as a national hero just as election season creeps closer. When asked if the film could be used as campaign fodder, Matti said that they just want to “do a movie,” but if Moreno did run for higher office, the director will be “there for him.”

Politicization in these films is apparent in its very subject, timing, and in “May Pag-asa’s” case, the actor/politician who will inevitably be tied to the name of a Filipino hero, potentially boosting their ranks in surveys.

The Philippines, of course, is no stranger to films being tied to election season. Back in 2019, citizens criticized the release of a Bato dela Rosa biopic, whose subject was a then-senatorial candidate. Just as Matti with “May Pag-asa,” the people behind “Bato” defended the film, saying that “pelikula lang ito, walang politika (This is just a film, no politics).”

On the contrary, politicization in these films is apparent in its very subject, timing, and in “May Pag-asa’s” case, the actor/politician who will inevitably be tied to the name of a Filipino hero, potentially boosting their ranks in surveys.

Plus, let’s not forget the irony in a casting like this after the 2019 arrest of art activists Panday Sining, who, during Bonifacio’s birthday, spray-painted the walls of Manila with messages of protest along with portraits of the hero himself. While the activists were allegedly manhandled and beaten by out-of-uniform police officers, Isko Moreno had said that Panday Sining should “face the consequences” for vandalism.

But in his time, Bonifacio was a revolutionary who used these similar methods to protest, from poster lettering down to writings that speak of freedom for the oppressed. So, here’s a thought to consider: Wouldn’t a modern-day Andres Bonifacio revolt like this, too?

Read more:
We’re gonna say it: Andres Bonifacio deserved better
The arrest of Panday Sining’s art activists should scare us
With “Bato” getting a “B” rating, the CEB’s credibility is in question