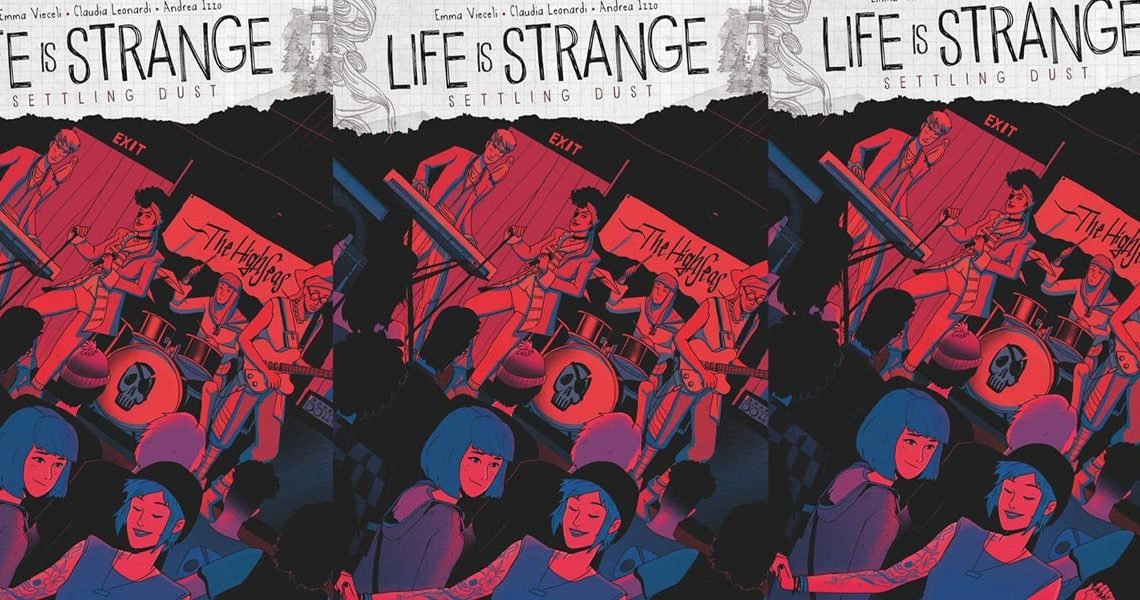 If a button that could transport us to the holy grounds of our ride-or-die video game existed, we bet it’d be overused. While said button still hasn’t been developed in the 21st century, local artist Rob Cham has unlocked a new way to be part of one of his favorite games.

On his socials, Rob Cham (whose posters have absolutely influenced our gig life) revealed his newest break. “Did a cover for the ‘Life is Strange’ comic series, one of my favorite video games ever,” he announced, showing the variant cover he made for “Life is Strange: Settling Dust,” which serves as the final chapter for Max and Chloe’s story.

Did a cover for the Life is Strange comic series, one of my favorite video games ever.

the publisher asked if I could do something similar to the gig posters I’d do. Initially tried to pitch it as the ‘just red and black’ style I have.

“The publisher asked if I could do something similar to the gig posters I’d do,” he added, showing a bit of the project’s development through its pencil-sketch and red-and-black versions. Rob’s familiar and warm crowd-heavy snapshots with curious, clear-cut characters are apparent in the cover, giving off both a poignant and exciting atmosphere. And of course, there’s a cameo of himself.

As this is his first cover for a foreign publisher—and for a game he’s a fan of to boot—we reached out to Rob to ask about his experience.

Ah hey, my first US publisher comics cover and it’s for one of my favorite video games as well pic.twitter.com/Y4lne0KXuZ

How did you get involved in this project?

Titan Comics emailed me asking if I’d be interested in drawing a cover. They had found my work on my website and they thought I’d be a good match.

Can you walk us through your creative process for this cover?

They saw some of my gig poster work and brought up how I could do a gig poster for the band, the High Seas, a recurring group of supporting characters featured in the story of the “Life Is Strange” comics. They also had an idea of how I could use my more fantastical art styles for these in-comic scenes as interpreted by me. I initially sent them some studies of a fake in-universe gig poster, since I was more interested in that.

We settled on a different idea from the initial discussions because they liked this one study I did where it was the band in the picture, photocopied zine style for a gig poster on a wall. They suggested, why don’t we have the two main characters Rachel and Chloe attending a gig. I sent some studies over and they liked the concept. It was pretty much smooth sailing from there.

we ended up with a crowd shot but initially I sent over ideas where there’s recurring characters in the story, a band called the High Seas, and I wanted to make a fake gig poster for one of their shows, the other idea I had was it could be displayed on a wall w/ other fake gigs pic.twitter.com/oqx2ztFQ7L

Given that “Life is Strange” is one of your favorite video games, what was it like working on this project compared to your other recent work?

The email had a subject line of “‘Life is Strange’ cover.” I just woke up that day and thought this must not be real. I woke up a few hours later and thought, “Oh god, I really can’t fuck this up.”

I played the game and found it to be a really fascinating cast of characters and mechanics and that’s how it became one of my favorite recent indie titles of late. So when I got this email I was excited to work on something I was a fan of already. [I] wanted to get the feel right and do my own take and also do the best I could given this is my first cover for a foreign publisher. Glad it worked out.

The past week has been a damn good week for Korean indie and...

SHARESince the beginning of 2020, we’ve all been excited about Paramore’s Hayley Williams...