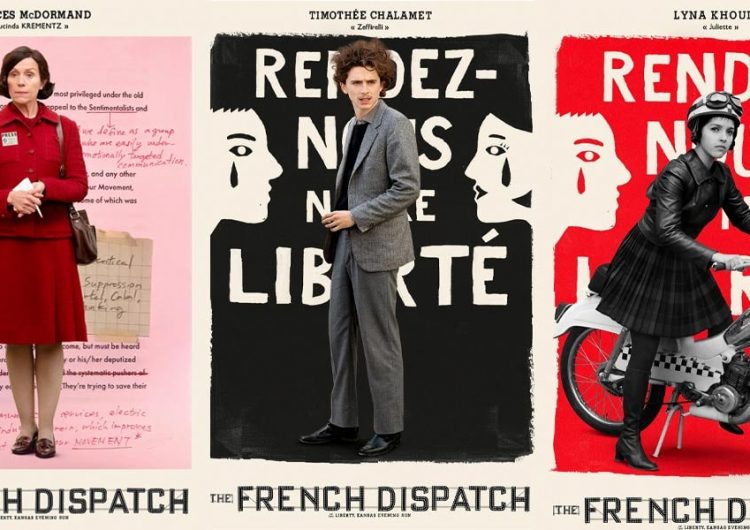 Bad news: It still isn’t Oct. 22, the global premiere of “The French Dispatch.” But the good news? We’re a timeline refresh closer to meeting the eccentric new cast of Wes Anderson’s newest film.

Like us, the fictional press team starring in this journalism-themed film probably couldn’t wait too, so they sent out some cool mail to keep our tabs open: Fresh posters feat. themselves. “Today’s headlines feature the all new character posters for Wes Anderson’s #TheFrenchDispatch,” the official Facebook page revealed.

The roster lines up a dozen characters from Anderson’s new ultra-detailed and fascinating world, plus a peek into each of their facets.

There’s Julien Cadazio (Adrien Brody), the art dealer of the pack, half-covering what seems like an exhibit of sparrow and bottle paintings. A closed space and security are represented through the lines on Simone’s (Léa Seydoux) poster: a prison guard. She’s also the muse of Moses Rosenthaler (Benicio del Toro), an incarcerated artist, clearly depicted with paint splatters and feet cuffs in his own poster. 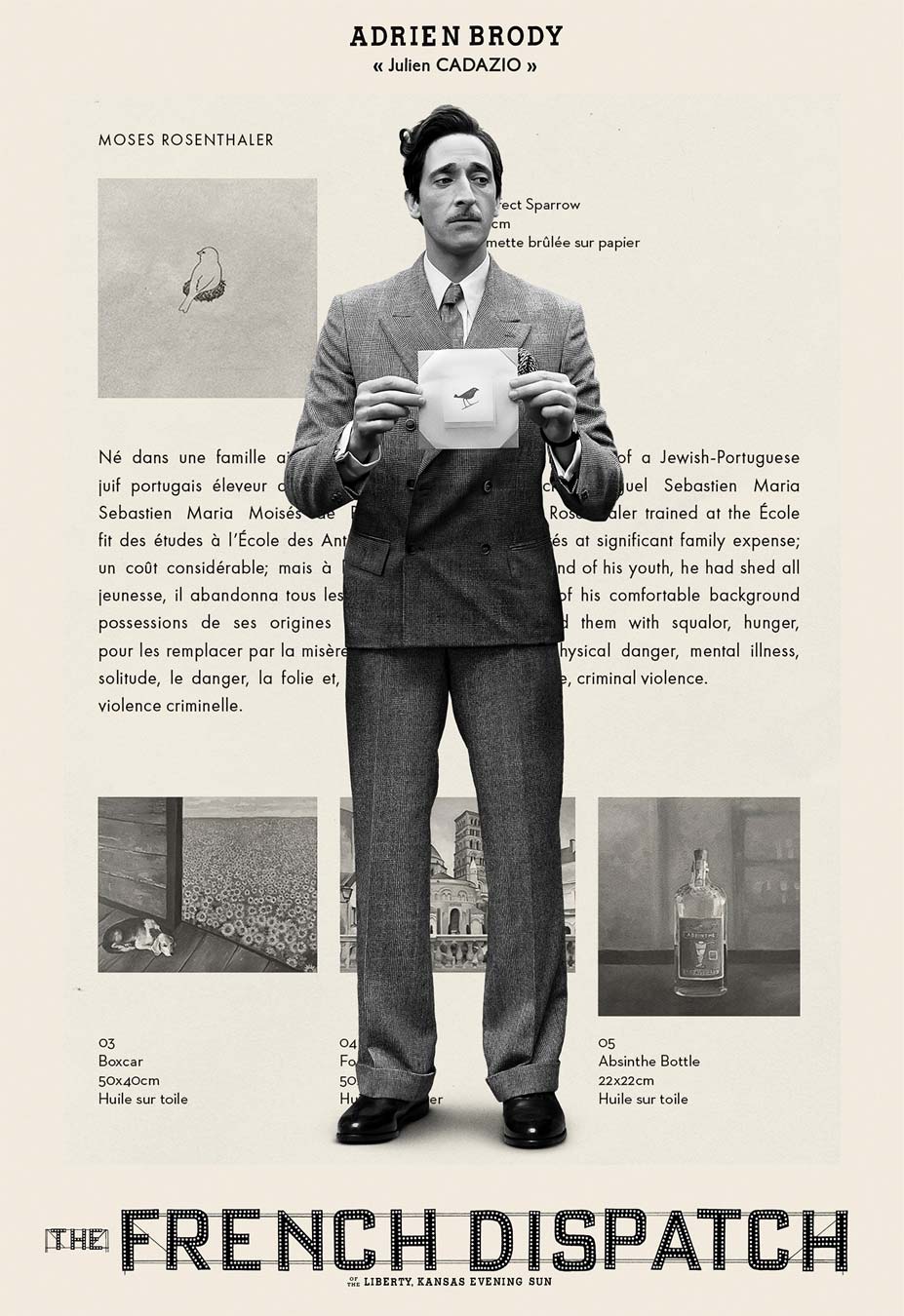 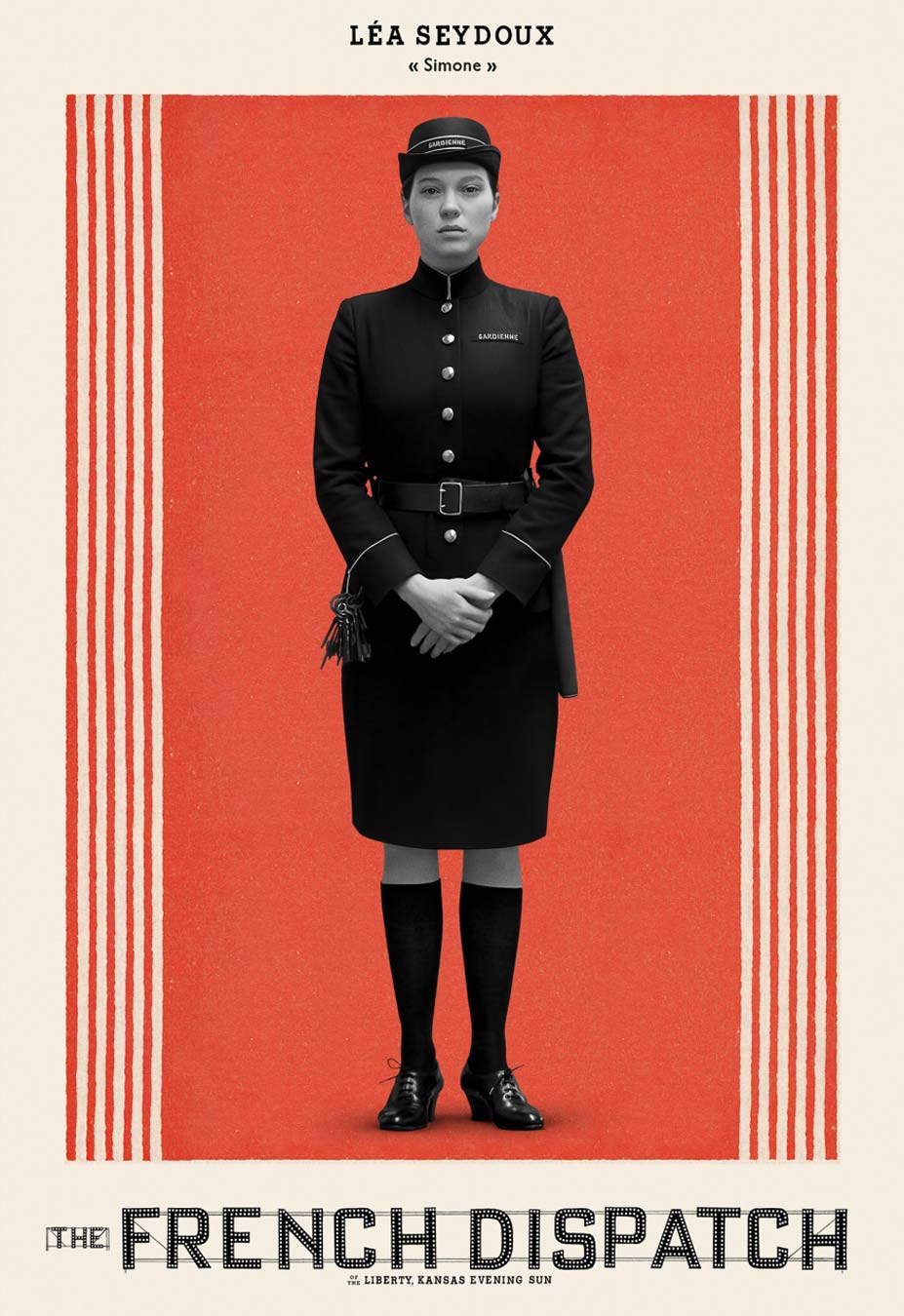 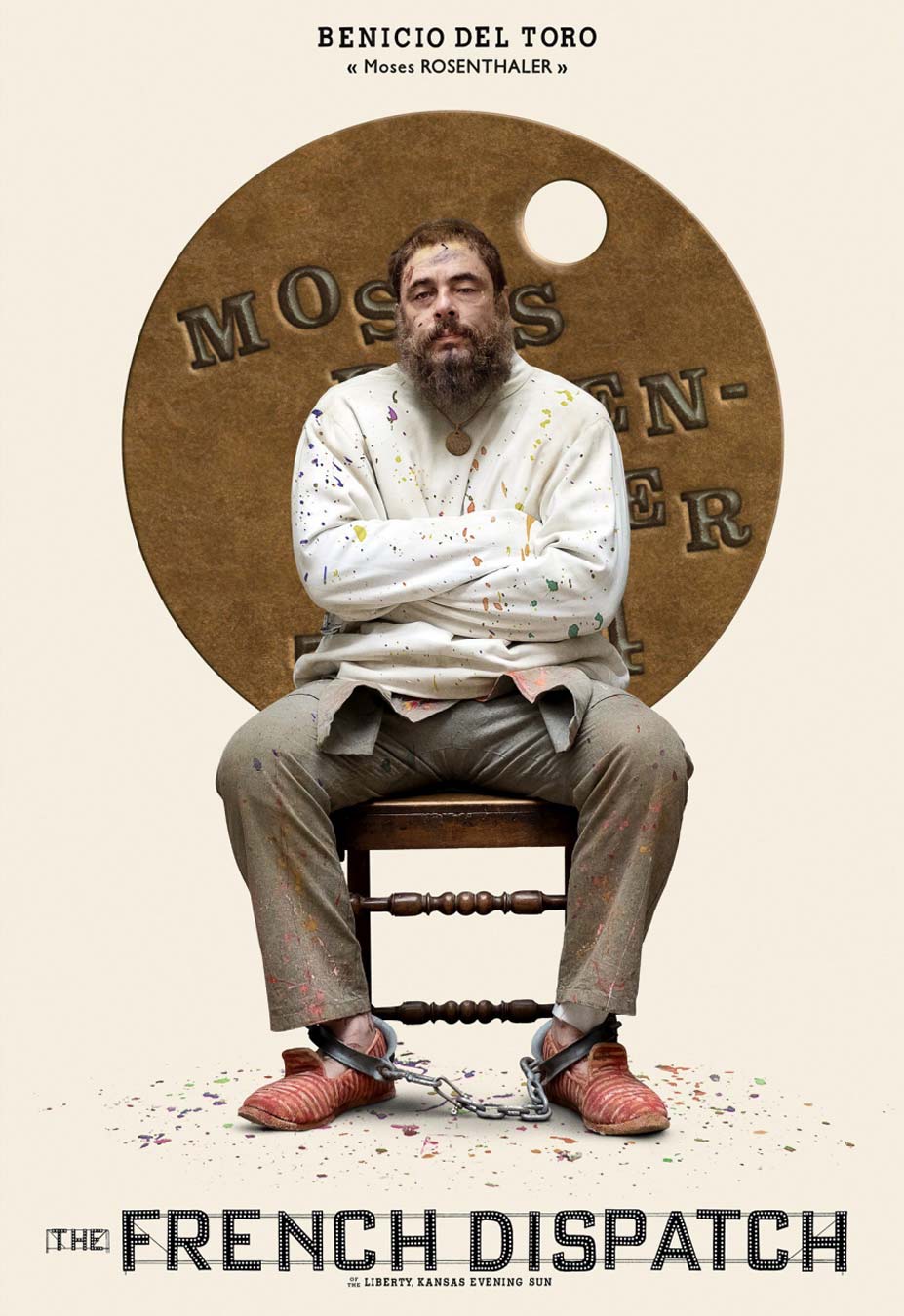 Meanwhile, Lucinda Krementz (Frances McDormand) standing against a note-filled pink proclamation paper is peek into her life as a journalist covering student revolutionaries. Speaking of which, Zeffirelli (Timothée Chalamet) and Juliette (Lyna Khoudri) are each other’s visual half in their matching backdrops, which both spell, “Rendez-nous notre liberté” (Give us back our freedom.)

Watch the other character come semi-alive in the whole gallery here:

SHAREIt’s been days since we woke up to our hairspray-soaked hair and half...

SHAREGlamor in this day and age has been redefined. Just like everything else,...

SHARECRWN, or King Puentespina, is an artist who needs no introduction. The electronic...