Blaster searches for disco’s remains in the ‘Disko Forever’ MV 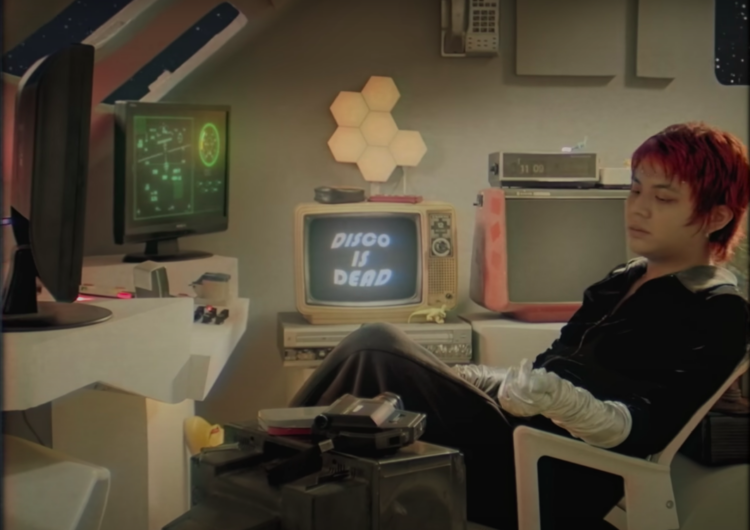 We interrupt this program with news from outer space: Blaster Silonga is sitting, staring at the (literal) void, and seems to be searching for something. (No, it isn’t a map out of the galaxy; he surely knows his way around here.)

Yesterday, Nov. 3, the singer-songwriter and IV of Spades guitarist dropped the music video of his debut single’s Tagalog version, “Disko Forever.” Packed with bedroom electronica, ’70s retro, and some punches of distortion in its soundscape, the dance-y yet melancholic track takes off in its “Star Trek”-esque visual counterpart.

Directed and written by Raymond and Trina of Two Fold Media, the “Disko Forever” MV starts the way it should: A screen that looks like it’s booting up a retro video game a la Space Invaders, which is complementary with the strong percussions. Once we enter Blaster’s spaceship, mystery, uneasiness, and a tinge of dread are spread across his space.

As a “Disco is Dead” warning flashes, Blaster spends his time charting the solar system and making unknown calls until he ends up in a deserted destination. And if you’re thinking of the classic sci-fi films, you’d know this hints that the character is looking for some “signs of life” in outer space.

Are the remains of disco his own signs of life? Is it the green extraterrestrial (Crystal Jobli)—whom he wistfully remembers—the one holding it? With lyrics pointing to surrender (“Tanggapin mo na lang / Paulit-ulit lang naman tayo / Tanggapin mo na lang / Hinding-hindi ka na magbabago”), maybe it’s actually an ode to longing for, but making peace with, the past. (More interpretations would be lovely, thanks.)

The album was also inspired by Japanese anime and space films

The ‘Jujutsu Kaisen’ prequel trailer gets pretty chaotic (of course)