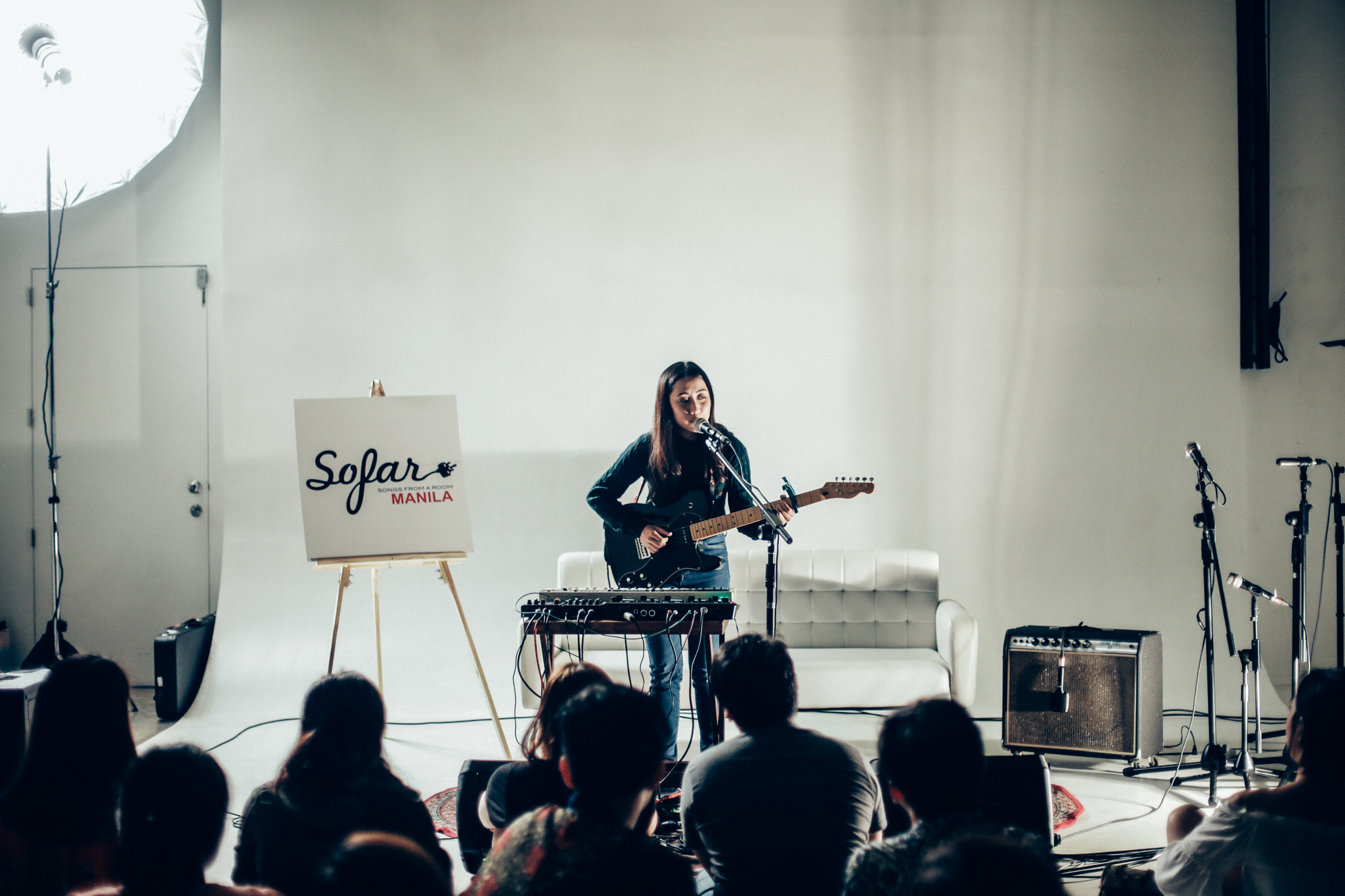 When I first heard about Sofar Sounds I expected the worst. Invitation-only, secret venues, and surprise lineups just reeked of pretentious, hipster exclusivity to me: Where’s Fluffy? Manila edition. I knew very little of the actual gigs but last Saturday I finally got to attend one such elusive show.

The August 27 Sofar Sounds Manila concert was held in Shutterspace Studio, along Katipunan Extension. The stage was a single white sofa, a microphone, and an array of gig equipment. The background was the photography studio’s regular white backdrop, undecorated. The lighting was white and static. The audience of maybe sixty or seventy people sat on the floor or anywhere else there was space. It was all very clean, and neat, and plain—nothing like the usual gig bars that host a logistically irrational number of people squeezing into a dark, sweaty room to barely see or hear the performer over the writhing crowd. To be honest, it was quite comfortable. 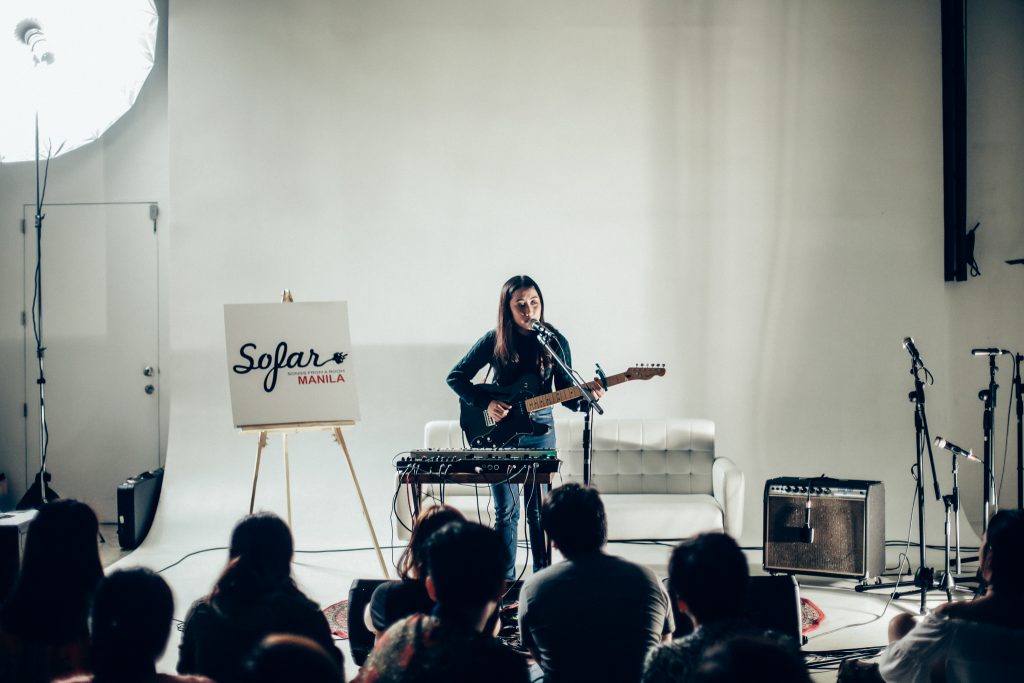 First up on the lineup was half-lit, BP Valenzuela’s less electronic, more acoustic side project. In her own words, half-lit is “stripped-down” and more “intimate” compared to the electronic pop music she is perhaps better known for. She strummed the guitar she admitted she hadn’t played in a long time, and sang of loneliness to a quiet, enraptured crowd. There were no distractions to the music. Everybody felt comfortable just sitting there and listening, and there was no pressure to disguise idleness with beer-cradling or small-talk. To prelude one song, she shared that the first seven notes of it were tattooed on her arm. 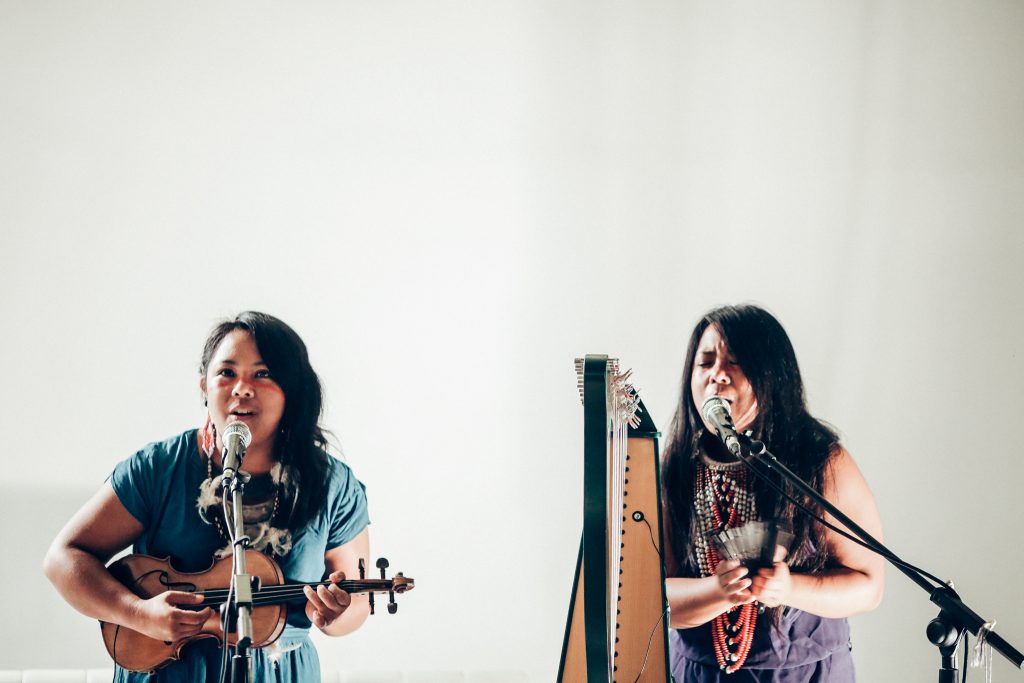 She was followed by the half-French, half-Filipino duo Maryse. The two barefoot women spoke in heavily accented Tagalog, and they brought their act all the way from Sofar Sounds Paris. Despite being based so far away, their music sounds genuinely Filipino. In a mixture of folk and experimental music, they made use of the stamping of feet, a harp, a metronome, a violin, a set of bells, maracas, their own breaths and gasps, and melodic singing to produce a musical effect I can only describe as evoking the province. Despite the rain that had stopped outside, I heard within their songs the sounds of a storm, and something as much emotional as primal. You must hear it for yourself: they have shows with their full band on Sept. 7 at saGuijo, and Sept. 10 at Route 196. 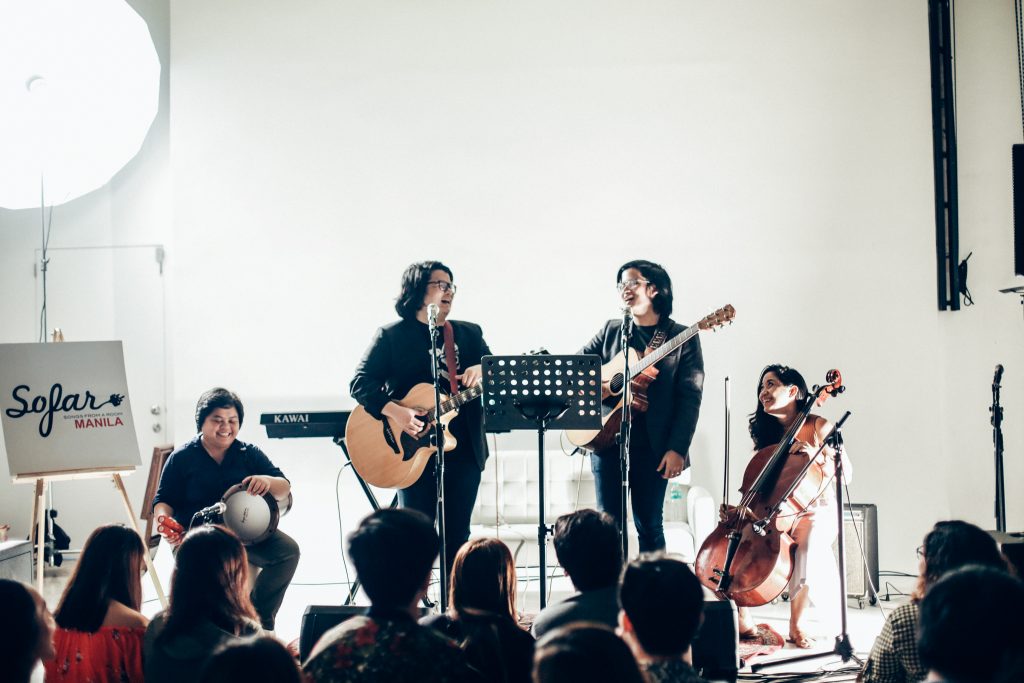 The last act was The Benjamins, though by the time you read this the Guico twins will have changed their official stage name to Ben and Ben. The Benjamins, they explained, was difficult to google them by. Among the songs they played was “Dahilan”, and they told the audience the story of how they wrote it for a friend who passed away. I had heard the name Guico before from this year’s PhilPop songwriting competition (they won 3rd place for best song, and best music video for their entry, “Tinatangi”), but this was my first time to see them live. Between the twins’ Ebe Dancel-level control over high notes and their charismatic performance, I had become a near-instantaneous fan.

By the time the show was over, I barely noticed that two hours had passed. Audience members began standing up and stretching their legs—they, too, as if just re-entering the real world from some dream. It was a solid two hours of just music and listening, an intimate connection between performer and audience with no added frills.

The secret venue, and the exclusive invitations made sense to me after experiencing the show. It wasn’t just a gimmick—it was an attempt to deliver music with humility. It was a gig without fanfare, hyped only by the mystery of the undisclosed lineup, but ultimately delivered in the simplest way possible. In the end, all the movement really wants to accomplish is to heighten the live performance and give music lovers a quiet place to listen to original music. I loved every minute of the show and look forward to the next. 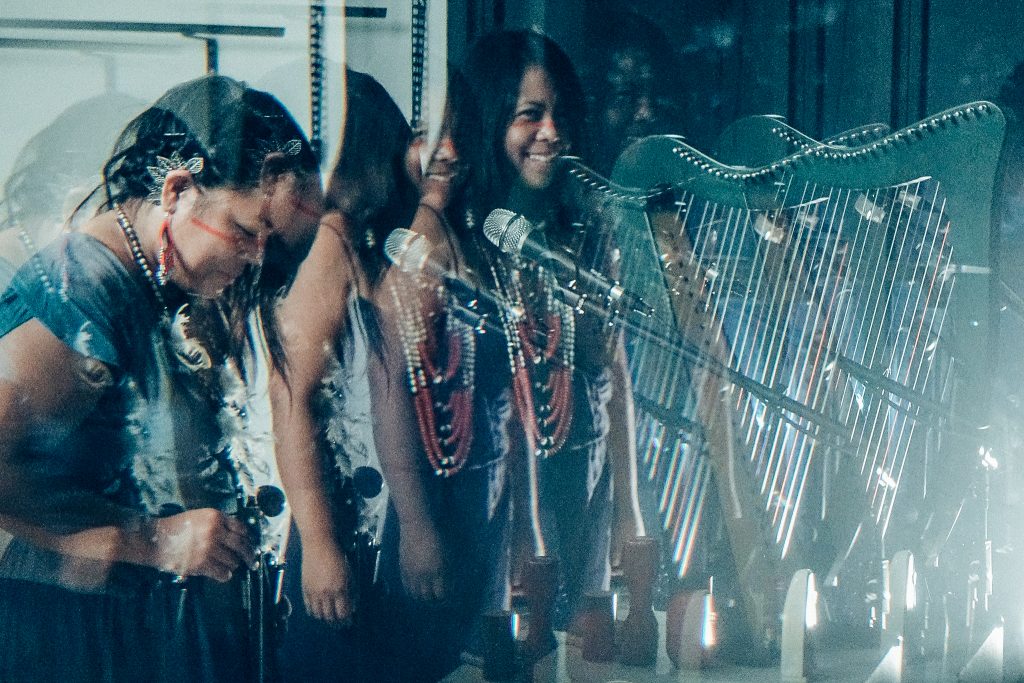 Learn more about Sofar Sounds on their website, or the Sofar Sounds Manila community on their Facebook page. Signing up to be part of the invitation mailing list is free, though donations may be given at the end of the show to support future intimate concerts.

The featured artists were BP Valenzuela’s half-lit, Ben and Ben, and Maryse from Sofar Sounds Paris.

SHAREDespite news that graduation rites are indefinitely postponed for this year’s graduates, no...

SHARESo by now you’ve finished all your shows, circled the perimeter of your...

SHAREJust like any other kid who thought they were some kind of art...