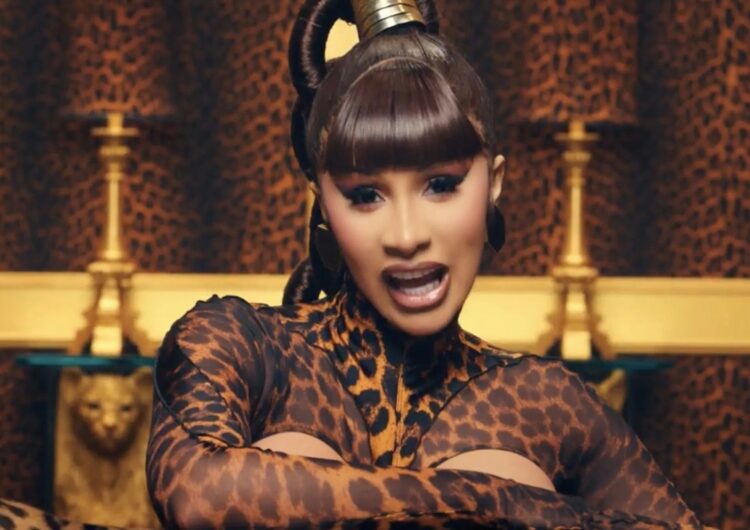 Like most of us, Cardi B is already brewing some New Year’s resolutions—and it looks like she’s long been in the process of making them happen.

In an almost 14-minute Instagram video (that started with some sassy vocalization) posted on Dec. 13, the “Up” rapper and Grammy-winning artist candidly updated her fans on her current state. “Everything be looking so glamorous, you see my fucking Instagram and everything, but it’s been really… it’s been a lot,” she confessed, sharing a glimpse into her busy life as a mother and an artist.

“I’m in a lot of positions that require a lot of my time,” she added, going into her plans for the next year. One of them is her sophomore album, a much-awaited follow-up to her first debut studio record “Invasion of Privacy” released in 2018. Another thing on her plate? A movie—her first film lead role at that. “And on top of that, I gotta put out this album next year. Not only do I got to put out an album, but I gotta record a movie. I’ve got to do so much shit, y’all.”

The movie Cardi B is talking about must be “Assisted Living.” Early this year, Variety reported that this upcoming Paramount production can be likened to the ’90s comical classics like “Sister Act” and “Mrs. Doubtfire.” Dubbed a “raucous comedy,” “Assisted Living” follows Amber (Cardi B), a small-town crook who is forced to disguise herself as an elderly woman after being involved in a heist gone wrong. Her hiding spot? Her estranged grandmother’s nursing home. Of course.

With Cardi B’s range, we’re sure the ride will be chaotic. In the meantime, we’ll continue depending on comedy films to fill in some year-end void.

88rising’s taking you on an Asian tour soon (on TV)

For 88rising founder and CEO Sean Miyashiro, collaborating with Sony Pictures Television would...

SHAREBy Katrina Tiu The sun has risen once again as 2016’s top summer...