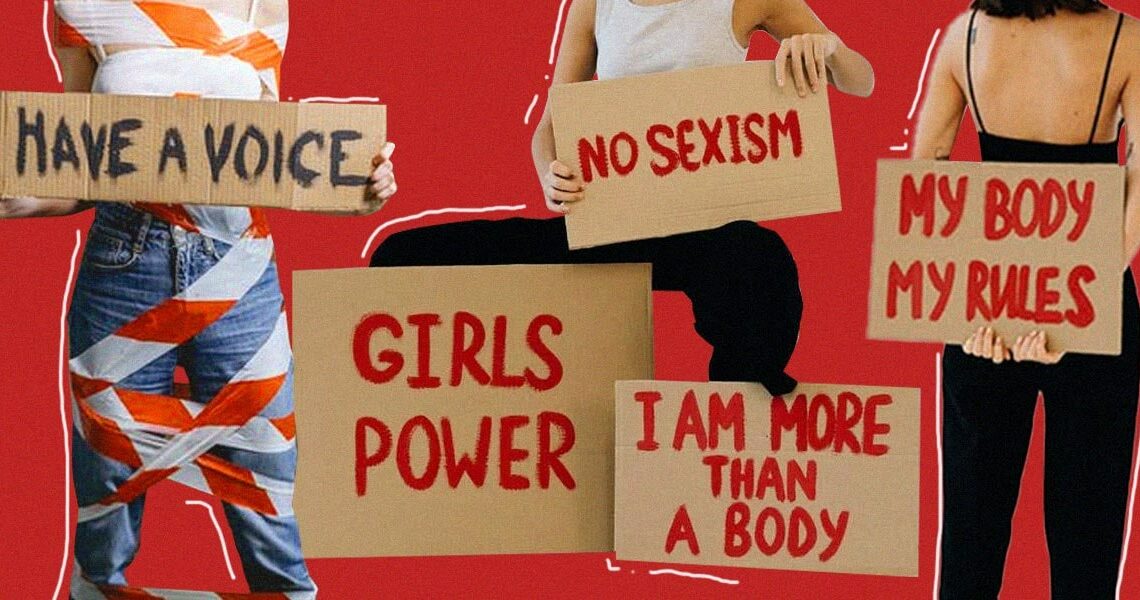 During the 27th Critics’ Choice Awards, “The Power of the Dog’s” Jane Campion stood up on stage to accept the Best Director award. This particular moment was an important feat in itself, knowing the lack of female filmmakers given their due during awards season.

But it was her acceptance speech that made waves on the internet, not because of an awe-inspiring ode to women creators everywhere, but a comment that made people question the complex matter of feminism.

“Venus and Serena [Williams], what an honor to be in the room with you,” Campion said, acknowledging the famed tennis players in the room, whose life stories were adapted into the competing film “King Richard.”

“I’d also just like to give my love out to my fellow—the guys,” Campion continued, greeting her fellow nominees who were all male. “And Serena and Venus, you are such marvels. However, you do not play against the guys like I have to.”

With the last line alone, Campion, a white woman, had seemingly glossed over the Williams sisters’ struggle in their own field—especially as Black women—and compared it to her own.

“In one fell swoop she managed to 1) diminish the racism and sexism Venus and Serena faced from the beginning of their careers till now,” tweeted film critic Carolyn Hinds, who then noted the “blood, sweat and tears” the tennis players have shed to earn their status in the sport.

In one fell swoop she managed to 1) diminish the racism and sexism Venus and Serena faced from the beginning of their careers till now.
2) dismiss the blood, sweat and tears they've shed to EARN the awards and accolades they've received.
And for what purpose? To prop herself up? https://t.co/FoJ3rPb98Z

Several users shared the same sentiment, with the terms “white feminism” and “intersectionality” occasionally popping up. Campion has since then apologized for her comment, calling it “thoughtless,” but moments like this aren’t new, thanks to the one-sided way some people view feminism.

But to probe that, let’s backtrack for a second on the terms just mentioned—“white feminism” and “intersectionality.” Why are they so important?

What exactly is intersectionality?

Once upon a time in 1989, civil rights advocate and law professor Kimberlé Crenshaw coined a term that changed the perspective of feminism as we know it: intersectionality.

In her essay “Demarginalizing the Intersection of Race and Sex,” Crenshaw laid out three legal cases that took on issues of both racial discrimination and sex discrimination. To her, the law seemed to shrug off that Black women are both Black and women—meaning they were dealing with two sides of marginalization. They were discriminated against on the basis of both race and gender, and when you look at it, both of them at the same time.

Discrimination doesn’t exist in a bubble. Some women aren’t just facing issues based on their gender alone but with several factors.

Gender and race were looked at as completely different cases, which to Crenshaw, shouldn’t be the case. Anti-discrimination law, feminist theory, and anti-racist politics weren’t addressing the total experiences of women of color, since they were only fixated on one side of the problem.

And so comes intersectionality, or in Crenshaw’s words, “the idea that we experience life, sometimes discrimination, sometimes benefits, based on a number of different identities that we have.”

Fast-forward to the present time, intersectionality doesn’t stop at gender and race. Decades after the word came up in the academic scene, intersectionality now covers the interplay between any kind of discrimination—be it based on gender, race, class, ethnicity, sexuality, religion, ability, or age.

Some dub it as a total effect of how these different forms of discrimination “combine, overlap, or intersect,” while Time sums it up in an easy way—“All inequality is not created equal.”

Discrimination doesn’t exist in a bubble. Some women aren’t just facing issues based on their gender alone but with several factors. A queer woman of color is a POC, queer, and a woman, but because they’re all three, they face specific types of discrimination that a straight white woman doesn’t.

How does intersectionality work for Filipinos in the country?

In the Philippine lens, the need for intersectionality can be seen with how gender inequality is magnified by discrimination against minority groups, age, sexuality, and class.

Factors like poverty affect anyone regardless of gender, but abuse can lean towards women—whether they’re wage gaps or restricted opportunities for those of lower socioeconomic status. In the end, they’re affected by the slow progress of laws that protect women. According to studies, national and local governments still lack proper and specific actions that address the intersectionality of gender, class, and other factors.

And because of that, women of different sectors are still subject to abuse, including trans women like Jennifer Laude and Indigenous women like the internally displaced Moro.

How do you know if your feminism is intersectional?

Long story short, is it not just centered on people like you?

Okay, then how do you make your feminism more intersectional?

It’s been said, but it’s still good advice. If you’re able-bodied, cisgender, straight, of high economic standing, and whatnot, you already have access to better opportunities than those from different sectors.

Whether or not you asked for it, social identities are part of your privilege. Recognize the advantages you do have and kick those blind spots—the experiences of other people—out of your own feminism.

Intersectionality depends on learning about other experiences that are bound to be different from yours. It’s a learning process, so we will make mistakes and maybe even get called out when we don’t understand what others are going through. If that happens, stop and actually listen to the affected groups. Then, examine your feelings about the situation before responding. Your initial reaction may be to defend yourself, but try looking at what is being asked of you. Take responsibility for your mistake and do better from then on.

Speak up but don’t speak over

Now that you’ve learned a few things, use your privilege and platform to share these issues. However, don’t overshadow the people who are actually affected. Ask yourself: Are you the right person to tell this story? By being an ally and advocate, you let those of different sectors control their own narratives—and your part is just helping them get amplified.

Language is vital in the path to inclusivity. Ableist terms may have seeped into everyday vocabularies without even knowing their origin, and a lot are actually offensive to various communities (here’s a guide for starters).

Be responsible for your own education

It isn’t anyone else’s job to teach you these issues. If you have the capability, educate yourself about different forms of discrimination through reliable resources.

Women’s rights organizations such as the United Nations Women and the International Women’s Development Agency have written extensively about intersectionality, while there are several academic journals with published articles on the topic. If you’re more of a visual learner, thanks to the magic of the internet, there are always videos and infographics. And yes—reading this article is a start.

Read more:
Acknowledging privilege and what you should do about it
Allyship 101: How to amplify the voices in the LGBTQ+ community
It’s time we let go of ableist language that limits people with disabilities