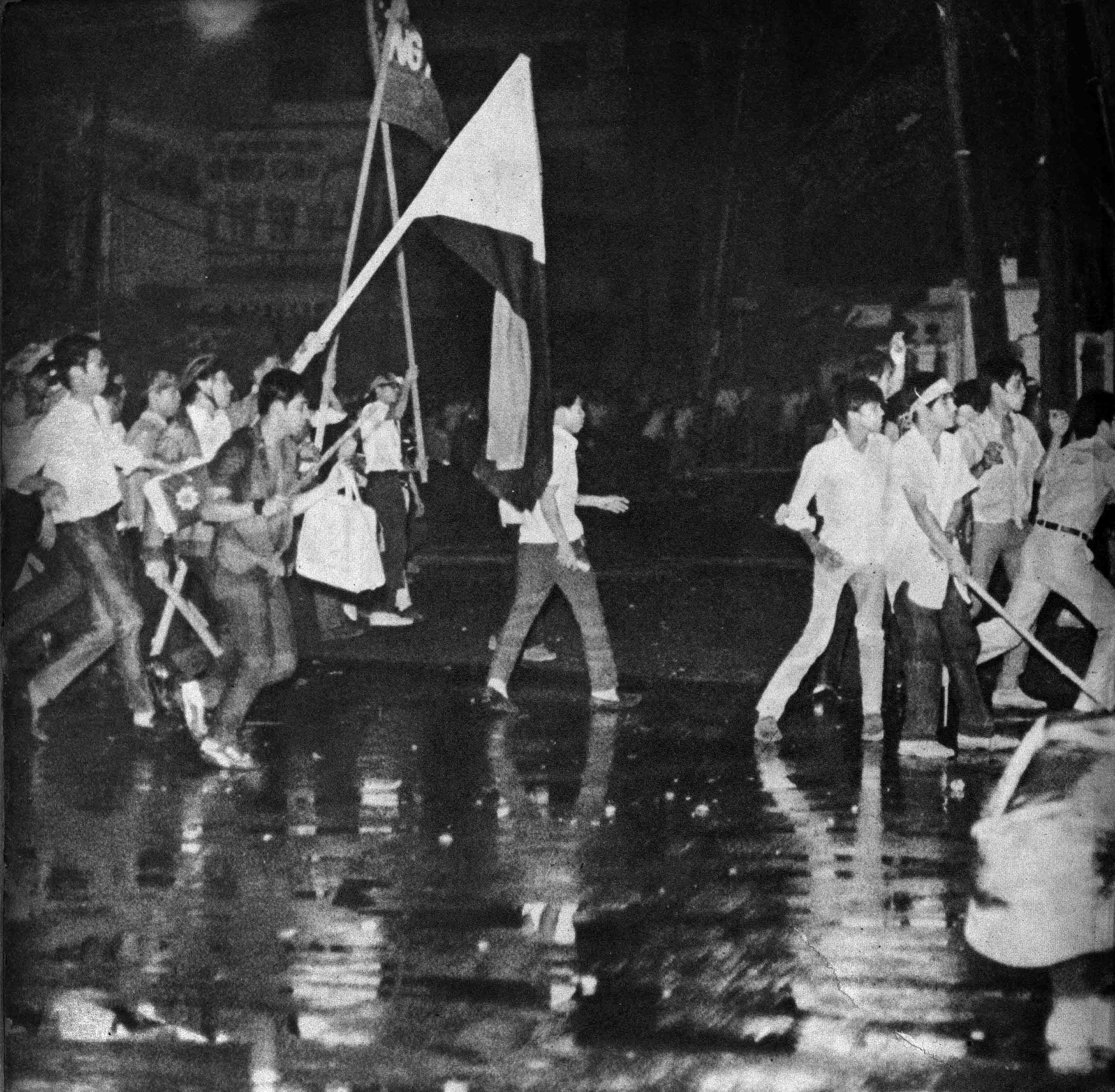 When Filipinos think of National Heroes, Jose Rizal and Andres Bonifacio first come to mind. When thinking of heroes who died in the Martial Law, it’s Benigno Aquino “Ninoy” Aquino who comes up first.

But there are other heroes whose stories haven’t been told enough. From 1972 to 1986, around 70,000 people were detained without warrants, punished without evidence, tortured, or murdered. A lot of them simply disappeared from the face of the earth. During Ferdinand Marcos’ fascist regime, human lives were exchanged for an illusion of safety and prosperity. Beautiful buildings were built, sturdy bridges were constructed, the streets were empty at night due to curfew, but under the hushed silence and semblance of discipline something sinister was brewing. Countless were starving, and those who dared testify the true state of the nation paid the ultimate price.

Sadly, many of them, youngsters who bravely put their country before themselves, could have been today’s leaders. They were idealistic young people much like today’s millennials; they too had a lot to say about the ills of their nation. They were high school students, college students, recent graduates, and dropouts; some were already working at a very young age. They were student leaders and writers, as well as guerrilla rebels and protesters.

Here are just a few of them.

During the 13th anniversary of the declaration of Martial Law, there was a nationwide strike among farmers and hacienda workers called the Welgang Bayan. One of the first towns to respond was Escalante, Negros Occidental. The protests started on the eve of September 18 and lasted until the early afternoon of September 20. People clamored, “Bigas, hindi tear gas!”  Then out of the blue came tear gas and bullets, which injured 30 people and killed 20.

Most of the casualties were young people in their teens and early 20s. Except for one community organizer, all of these young people were hacienda workers. The youngest martyr was Rovena Franco, age 14. A worker since her early childhood, she was unable to graduate grade school because of poverty, but this did not deter her in fighting for her rights. In 1985, she joined her family and neighbors in the Escalante protests. She was wounded during the shooting, and she bled to death in hospital.  It is said that the military prevented the doctors from treating her wounds.

Ishmael “Jun” Quimpo was only 13 years old when he started to become politically aware. He rallied in the First Quarter Storm in 1970. He became a community organizer, giving hope to people living in nearby slums. He listened to their grievances and discussed with them the rights they deserved. He provided them hope through the songs he composed. He sang well and played the guitar.

Later, he would join the underground guerrilla movement, helping farmers in several provinces within Luzon. He was betrayed by a comrade in 1981, and was shot numerous times in the back. He was 24 years old.

He was one among a family of activists. His brother, Ronald Jan, was a desaparecido. Also a teenage activist and rallyist who frequented the communities of the urban poor, he dropped out of the school and moved into the headquarters of the Kabataang Makabayan.

In 1973, when he was only 16, he was imprisoned with two of his high school friends in Camp Crame. All three were subjected to severe torture. They were beaten, forced to strip, electrocuted on their private parts, and interrogated. They also witnessed the torture of their fellow activists in the camp. Three months later, they were released.

Jan suffered horrific nightmares of his ordeal for months afterwards. He came home a changed and traumatized boy. He returned to school and no longer participated in protests, although he quietly supported his fellow activists. One morning in 1977, he left the house and never returned. He was 23 years old.

For a short while, there were reports that he was arrested and was being used by the military to trace fellow activists. His whereabouts remain unknown.

Delia Cortez and her two elder brothers were staunch student activists. When she was only in high school, she joined the Samahang Demokratiko ng Kabataan (SDK). She joined her brothers and schoolmates in protests against oil price increases, tuition fee increases, military brutality, and factory pollution. She formed a feminist group and held secret meetings with women and other activists on Saturdays. After finishing high school with honors, she decided to continue her education “among the masses.”

In 1974, she was forced to go into hiding and joined the underground movement along with a few of her friends. They were all being hunted by the military for their subversive leanings. She became a constant favorite among the communities she encountered. She was loved for gentle demeanor, compassion, and generosity. She learned acupuncture and became a sort of counselor to the local women, listening to them and giving them advice about their family problems and rights.

In Samal, a military encounter occurred while she and her comrades were sleeping. It was 1977. She was shot in the back. She died at the tender age of 19.

Cecilio Reyes was a smart boy—a scholar at the Philippine Science High School and an active member of the SDK. He had a talent for music and would participate in plays and performances that discussed socio-political issues and criticized the current regime. He participated in several strikes and protests, including the infamous Diliman Commune when he was a freshman in the University of the Philippines. He was arrested in Camp Crame for a week along with his fellow activist schoolmates in 1972. When he was released, he quit school and joined the underground movement.

He did not last very long there, and due to family issues he returned to his mother’s hometown in Davao City the next year.  For a while, his life seemed normal. He resumed his studies, taking afternoon classes at the University of Mindanao and working as a programmer in the mornings. However, he remained a staunch activist and the military continued keeping a close eye on him. He disappeared in 1975. He was 21 years old.

Later, in the summer of 1976, his friend and fellow activist managed to smuggle a picture that displayed Cecilio’s remains dumped in a municipal hall in Agusan del Sur. His family received reports that he was shot in a raid near the Agusan border. Unfortunately, they never received his body.

In April 1973, Lilli and her 16-year-old sister Josefina were arrested in a house raid by the Constabulary Anti-Narcotics Unit of the military. They were interrogated in separate rooms in Camp Crame.

Two days later, on the 6th of April, Josefina was allowed to return to her family. She complained about the tortures she experienced and witnessed; imprisoned in the same compound were Jan Quimpo and his two friends. That same day, Lilli’s body was returned to her family, with bruises all over her body, cigarette burns on her lips, and eleven injection marks on her arms. Her mouth, throat, and stomach were corroded by muriatic acid. The military gave three explanations: suicide by drinking muriatic acid, drug overdose, and heart attack. One thing was for sure—she suffered immensely before she died.

Hers was the first recorded case of death under detention during the Martial Law. She was 23 years old.

Yassi Pressman is a light that shines