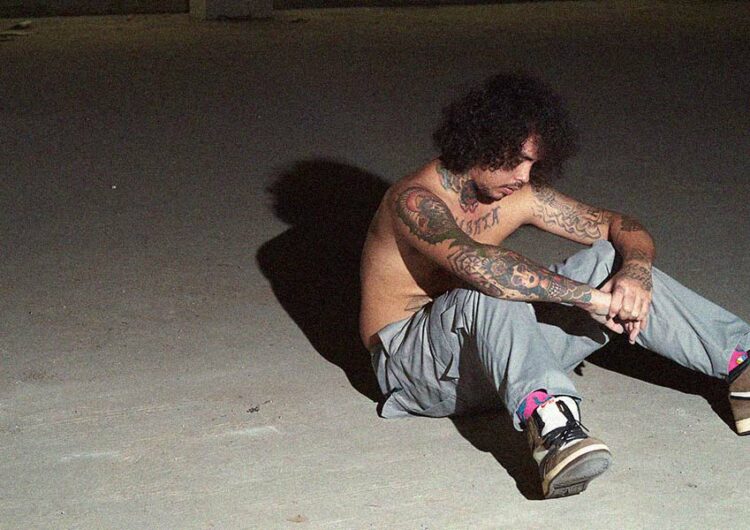 SCOUT Friday Picks is our dedicated column on music, with a focus on familiar faces and new, young voices. For recommendations on who you want us to feature next, tag us on Twitter and Instagram at @scoutmagph

If you studied in the same high school as Jerald Mallari, you would probably have spotted his name written on the sign-up sheet for the yearly Battle of the Bands. But it’s not the springboard to success we might imagine: No one wanted him in the first place.

(They didn’t want me to join because punk was the thing that time. Paramore. You’d automatically win if you performed “Ang Buhay Ko.” I tried joining bands; no one would accept me. So I told myself, I’ll make my own band. I’ll do it on my own.) 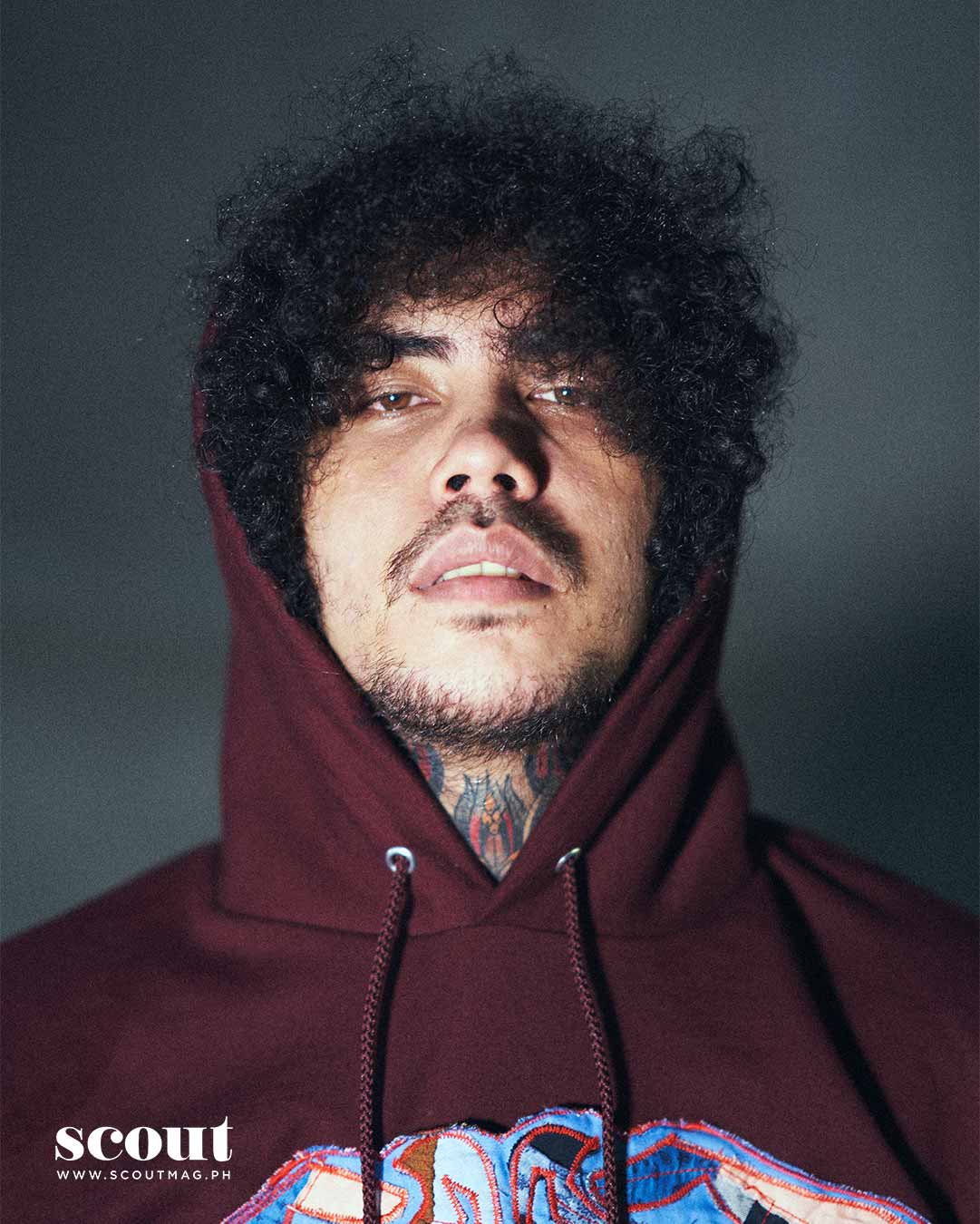 (If you’re a hip-hop artist [in Bataan], you’d be laughed at. They preferred a “Pusong Bato” type beat. Karaoke songs. That’s the standard. At the time, only Gloc 9 [was the image of hip-hop].)

Hurdles in the hip-hop lane

(Of course the internet was becoming more popular at the time. You’d rent a computer at the computer shop. That’s where I discovered beatboxing, hip-hop, and artists like 50 Cent. That’s where I realized I like hip-hop after all. I studied how to produce beats and mix tracks.)

(They weren’t open to it. Even my mom. She wanted me out of the house. ‘All you do is rap and sing. Get a job.’ I got irritated and left our home. I rented my own place. Even my relatives would wonder, “What’s Jerald doing?”)

Growing up in a broken family with only his mom raising him, he recalls how “shitty” life played out back then. “Wala naman akong laruan eh, kasi ’di kami mayaman. Walang gustong makipaglaro sa ’yo. Kasi nga fucked up ka.”

(I didn’t have toys because we weren’t rich. No one would want to play with you because you’re fucked up.)

Despite his personal struggles, friendships always found a way into Jerald’s space. His whole body is almost blanketed in tattoos designed by friends. One specific design on his chest spells out “Alibata,” which takes a page from him being the youngest in a group (“bata”) and his boxing skirmishes as a kid (Muhammad Ali).

(All of my friends and I rapped. We had a friend who had a studio. We’d record and upload stuff on YouTube. We knew we were happy with our work. We didn’t realize we could make a living out of it. We started in 2012. At the time, clean rap was popular, the emcee style.) 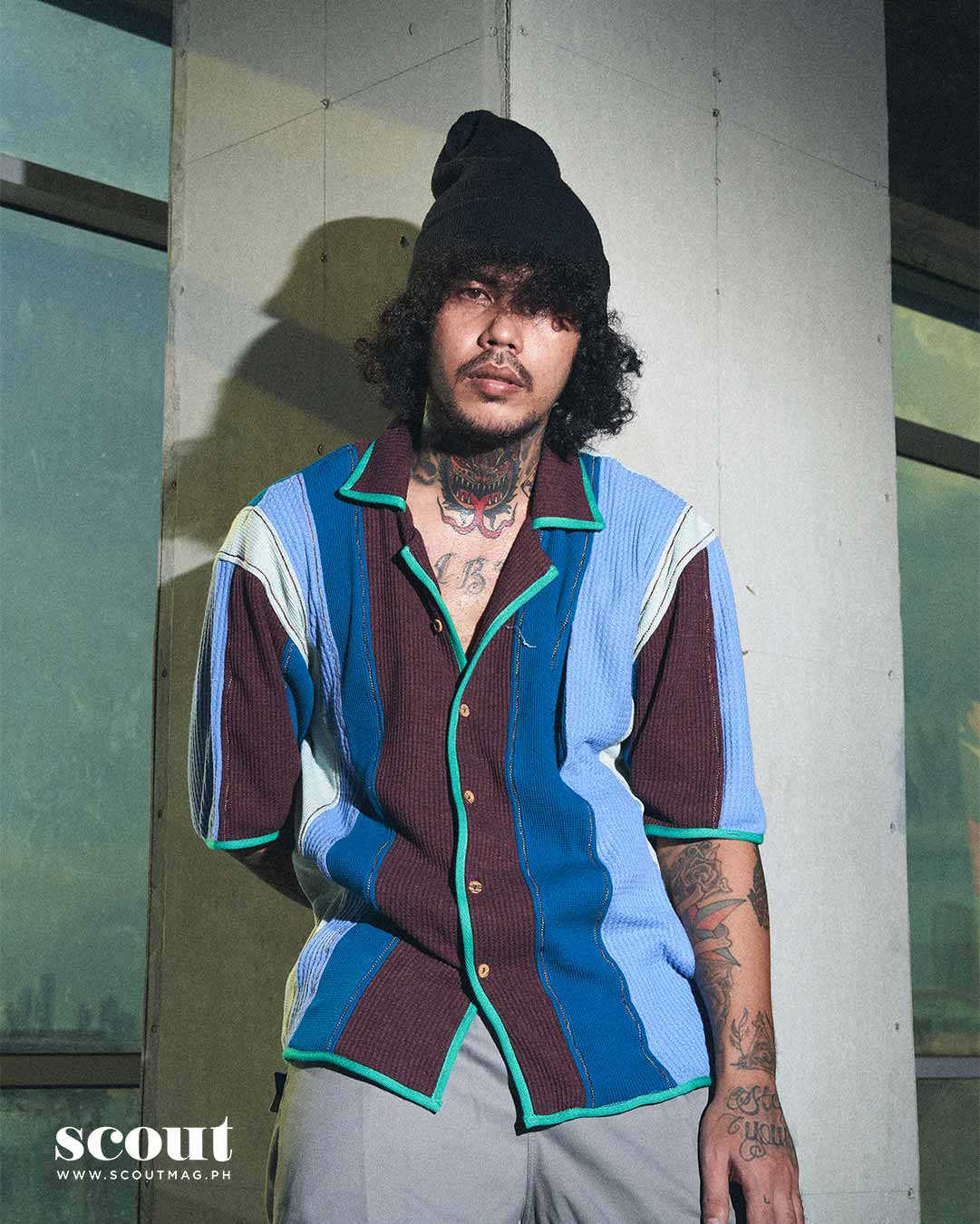 He didn’t always have time to focus on music, though. As he needed to pay the bills, JRLDM had to grind in a factory, a job he had to take when he was 16. But when things didn’t pan out, he figured it was time to find opportunities abroad. His four-track EP from 2020, “Look MOM I’m Flying,” was supposed to close that chapter of his life.

But listeners who found respite in it helped cancel his plan.

In the music video uploaded on underground music channel Local, which now has 4.2 million views as of writing, JRLDM takes a no-holds-barred exposition on hopelessness and self-harm. “Doon ko na nilabas lahat (I let it all out there),” JRLDM tells us.

The impact of this song’s rawness must have had a ripple effect. When you go through the MV’s comments section, you see folks opening up about their problems, especially those who have mental health concerns. However, JRLDM also confesses that he gets worried reading certain anecdotes.

He recounts someone claiming that a friend played the song before taking their own life. “Doon ako natakot eh (That’s when I got scared),” he says, noting it wasn’t the message he intended to have.

JRLDM manages to unpack struggles piece by piece. This is further reflected in his 2022 debut album “Mood Swing,” which consists of collaborations with Loonie, jikamarie, and even Gloc 9, a full-circle moment. The record explores harsh themes from self-destruction (“Lason”) to misery (“Lagi Na Lang”). 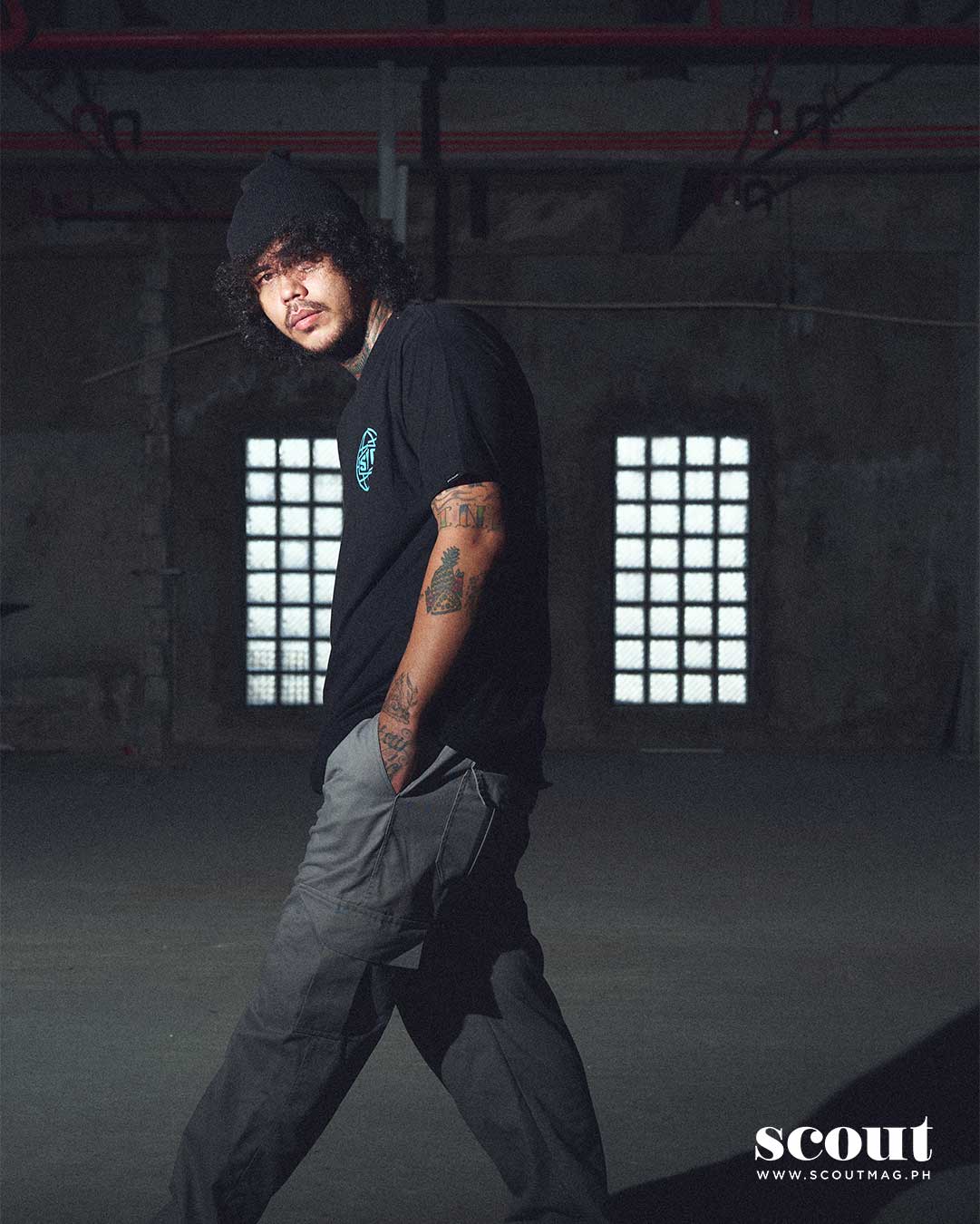 People now go to his discography to feel validated, accepted, and understood. It would only be expected to feel some kind of self-consciousness, given the heavily intimate treatment towards his work, which is nothing short of vulnerable. But this artist begs to differ.

(I don’t get conscious anymore that they know this side of me. I’m even proud because not everyone can do that. People usually hold back in opening up because of the fear of being seen as weak and of being taken advantage of.) 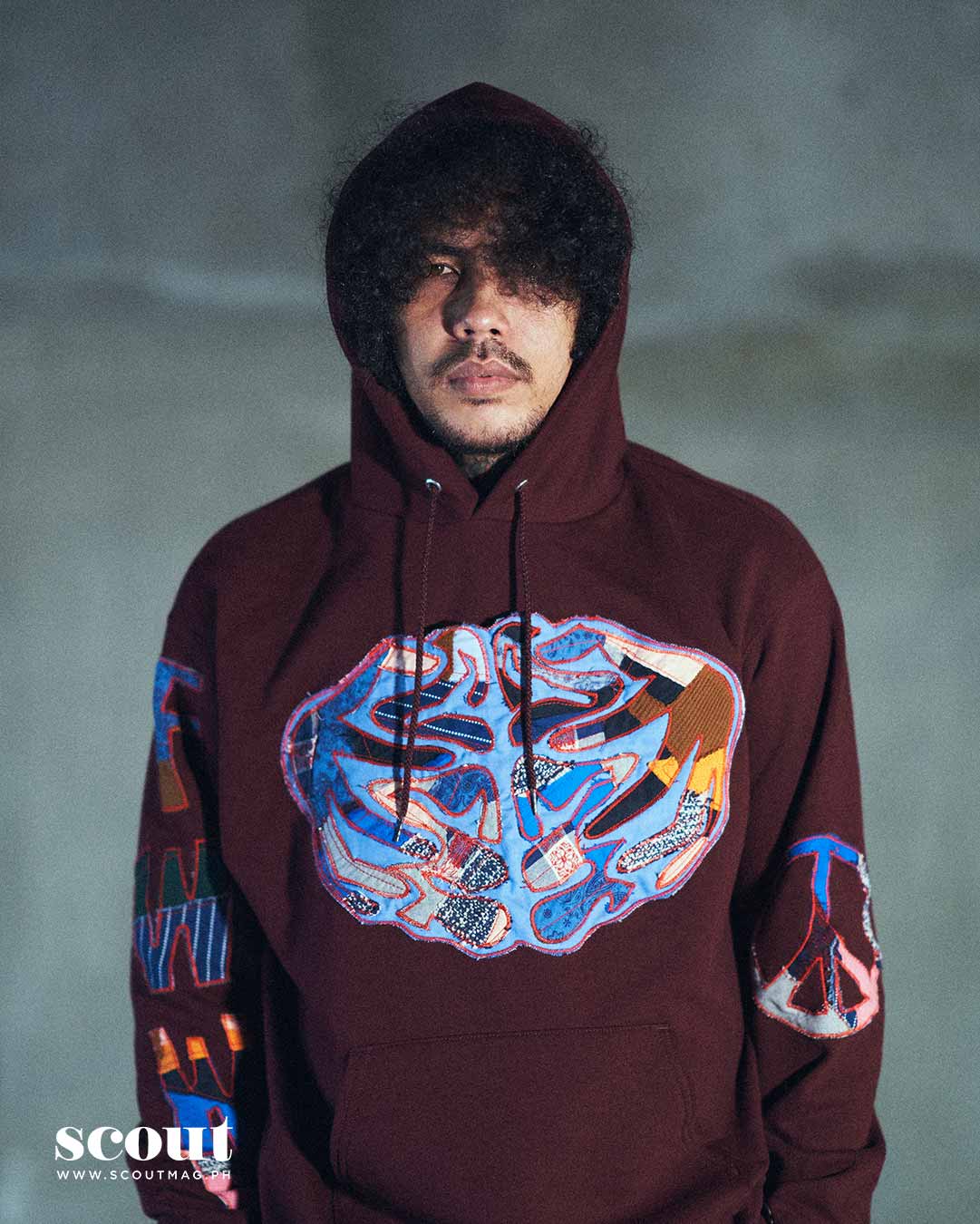 A new approach to music

Now, the 27-year-old JRLDM has his own family. He has found support in his girlfriend, especially when he was jobless. And in a sea of grungy snaps and promotional shoots on his Instagram feed, JRLDM’s one-year-old daughter Red takes over her dad’s social media persona, with captions ranging from wink emojis to “hahahas.”

(You can’t be sad anymore, like a sadboi daddy. When I see my baby being playful and smiling, even if I have a bad day, I can’t do anything. You can’t help but smile. I don’t know, do any of you have kids already?)

With this, he admits that he’d like to make music in a “smarter” way. In “Pansamantala,” he confessed that he had struggles finishing because of his actual mood and vibe not matching what was needed for the song. So he had to be in that zone again. 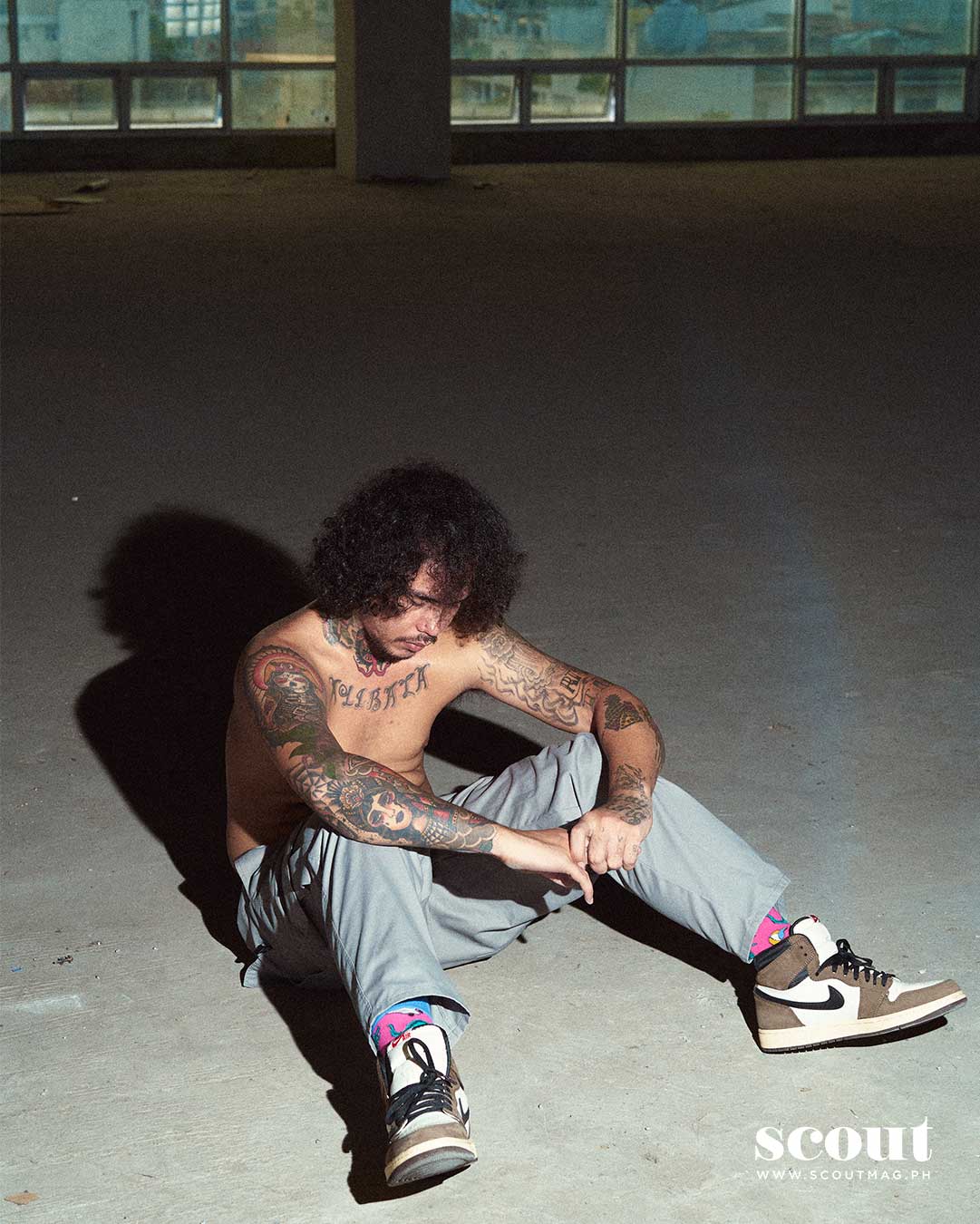 (I can still create heavy vibes without forcing myself. Like in “Biktima,” it it’s heavy vibes but more chill. So I’m smarter with the way and process of making it. I don’t have to force myself. The weight is still there, but the process is not a hassle.)

When it comes to his future, JRLDM refuses to plan ahead. “Ayokong mag-assume eh. Masasaktan lang ako. Kaya tingnan natin,” he says. (I don’t want to assume. I’ll just get hurt. So let’s see.)

What he is sure of is that he knows his craft, is a hard worker, and is surrounded by the right people. And the future of hip-hop is looking up: He adds that it is now more recognized in Bataan, with factory speakers blasting tracks from the genre.

JRLDM has proven his control over his craft through the years despite disapproval that came in different faces and places. He has always been defying expectations to express himself. After all, why wouldn’t he fight for something as big as his life? “Buti may music, kasi kung wala, baka wala na talaga ako. Parang ’yun talaga ’yung naging kakampi ko,” he says.

(Good thing there’s music. If not, maybe I wouldn’t be here anymore. It really has been there for me.)

The Department of Health (DOH) reminds the public, especially those who may have mental health issues, that they can contact the DOH’s 24/7 Hopeline to either help them unburden their emotional baggage or to seek professional help. Hopeline can be reached via hotlines 804-HOPE (4673); 0917-558-HOPE (4673); or 2919 (toll-free number for Globe and TM subscribers).