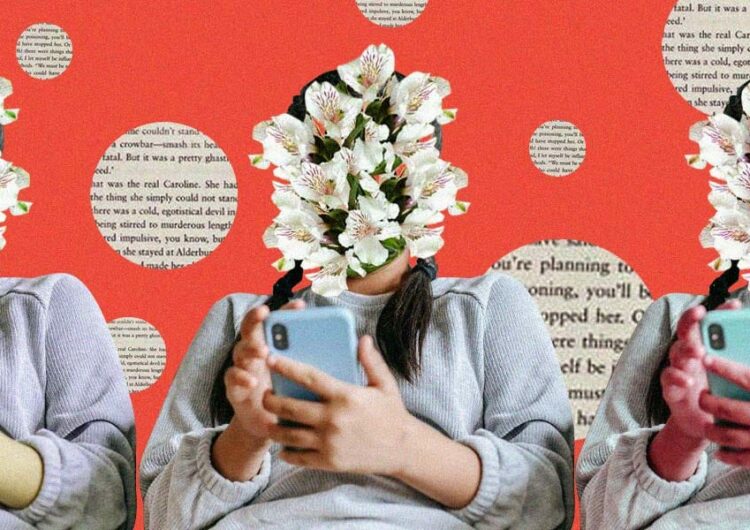 Was there ever a time when the ending of a certain book, film, or series you’re invested in just seemed too idealistic for your liking? Or when the writer suddenly killed your fave character unprovoked? Because, same.

We all have our own preferences and not every writer can live up to them—so why not give the realm of fan fiction a shot?

The idea is simple: A fan wields the power to take any character and spin them out into a world of their own. It can be as close to the original as possible (a.k.a. canon-compliant) or an entirely different storyline (a.k.a. alternate universe).

But even as more and more people consume fanfic, the prejudice associated with it is somehow still prevalent. It could be because some are shoddily written, especially the Y/N ones (or self-insert characters) which will make you feel secondhand embarrassment just from reading the first two sentences. Let me tell you though, I’ve already read stories that were well-developed and meticulously thought-out. You just really have to be patient when looking for them.

Meanwhile, others ridicule the material because of moral dilemmas. There are technically no rules when it comes to writing fanfic. The author has the creative freedom to put the characters in any universe they want and explore tropes that are practically impossible in reality. Still, one should know where to draw the line—even if writing fanfic is a form of personal escapism.

The murky depths of fan fiction

Morally gray and villainous characters are totally fine within the realms of fiction, as long as they aren’t glorified or romanticized.

The fanfic world isn’t just about fluff and romance. Some authors incorporate darker themes into their work. And for the record, protagonists don’t necessarily have to be good all the time. Morally gray and villainous characters are totally fine within the realms of fiction, as long as they aren’t glorified or romanticized. Some characters are deliberately flawed to make a point or challenge the reader’s sensibilities.

However, you’ll also find stories with extreme themes that society deems unacceptable or even reprehensible, such as incest, sexual coercion, and crime romanticization, among others.

While most authors would say “It’s just fiction, it’s no big deal” or justify controversial tropes by creating a setting where morally ambiguous things happen out of necessity, it can be an issue if your story reaches an audience that can possibly be disturbed by themes like these.

So for writers, an appropriate workaround for this concern is to strongly emphasize that the scenarios are potentially disturbing and are not within the bounds of reality—or better yet, publish them on password-authenticated platforms. For platforms like Archive of Our Own (AO3), you can caution readers on content and warnings by using the tagging feature to your heart’s content. As for readers, make it a habit to check the summary and tags before deciding if a story is for you. Authors label their work as mature for a reason, as it may contain unsettling content that may trigger you.

Is it okay to write about real people?

It can be okay to write fictional stories about real-life people, but make sure you stay away from sensitive themes and those that may potentially make them uncomfortable, should they come across your work by chance.

As of writing, K-pop supergroup BTS has approximately 180,000 stories written about them on AO3 and almost 32,000 of these focus on “TaeKook”—a ship name for V and Jungkook.

Going by these numbers alone, we can already assume that real people fiction (RPF) is super popular among internet users today. So the burning question is: Is this okay?

Well, it can be okay to write fictional stories about real-life people, but make sure you stay away from sensitive themes and those that may potentially make them uncomfortable, should they come across your work by chance. Case in point: Louis Tomlinson admitted that excessive shipping made a dent in his friendship with Harry Styles. The idea of fans overanalyzing every small interaction he had with Harry (and even coming up with ridiculous conspiracy theories) made him uneasy.

Want another weird (and unnecessary, TBH) example of fan fiction? DuBredo and BongLeni fanfics. Though humor might be our coping mechanism during these tough times, it shouldn’t reach a point of possibly watering down an absolutely distressing political climate. While some might wish political rivals could all just get along, romanticizing bullying or a bad boy image is unfair to the person on the receiving end of real-life attacks.

It’s not all that bad though. For instance, KathNiel social serye “Along España” is a good case of fan fiction done right. Aside from the wholesome plot, author Gwy Saludes also used different character names and made Kathryn Bernardo and Daniel Padilla her visual pegs for characterization. (Kathryn Bernardo has read and approved the fic, by the way!)

Despite its complex nature, we can’t deny the positive impact fan fiction has on those who consume it. Fanfic platforms allow people to explore their sexuality and gender identity in a less judgmental environment while simultaneously providing a social outlet for them. They also create a safe space for aspiring writers to maximize creative freedom and escape from their otherwise monotonous daily lives.

In fact, even The Hugo Awards agrees as it recognized AO3 as the Best Related Work in 2019 for its contribution to the science fiction and fantasy genre. A number of films and published books came from fanfics, too—such as “Fifty Shades of Grey” (which was originally a “Twilight” fanfic) and “The Kissing Booth” (which was first published on Wattpad).

From this perspective, it’s safe to say that fan fiction will always be a part of fandom culture, immortalizing both the fans and the stars.

The A to Z of Fanfiction

SHAREThis is not a drill: Queen Beyonce herself has gifted us with 12...

SHAREUNIQUE’s solo career has always been the subject of controversy. From his departure...