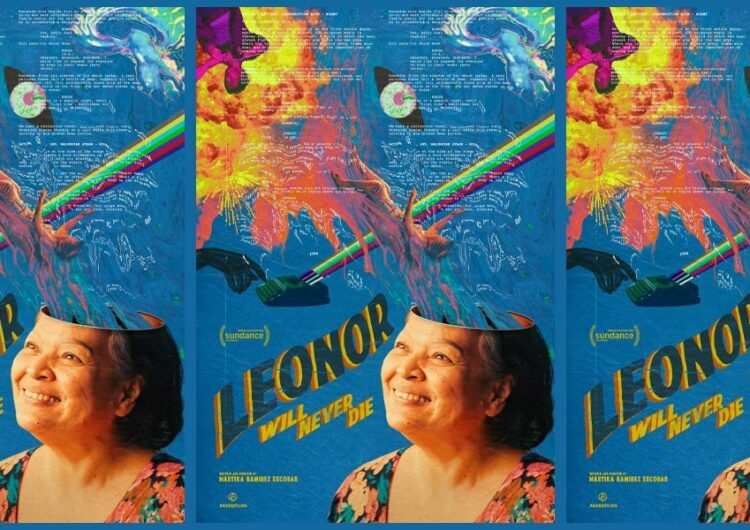 Here’s some good news to wrap up our week: A Filipino film has landed on Sundance Film Festival’s roster, and will premiere in an IRL cinema to boot.

“Ang Pagbabalik ng Kwago” zeroes in on Leonor (Sheila Francisco), a retired filmmaker known for making successful action films in the past. However, she struggles to make ends meet in the present.

While reading an advertisement looking for screenplays, she soon revisits her unfinished script about Ronwaldo, a young and noble man forced to avenge his brother’s murder at the hands of thugs. Eventually, she falls into a coma after a TV lands on her head, compelling her to be her own unfinished screenplay’s action hero.

“‘Leonor Will Never Die’ started around 8 years ago and [was] completed during the pandemic. This movie was made with love, tears [,] and virus,” said the film’s official page. Meanwhile, director-writer Escobar penned a sentimental “thank you” post to the film’s whole team on Facebook.

Here’s how young folks can help in #RollyPH relief

SHARESuper typhoon Rolly (Goni) may be out of the Philippine Area of Responsibility,...

SHAREProbably one of the most late-capitalist moves of 2019 is KFC’s Japanese-style dating...

SHAREby Mica Magsanoc Art by Gian Latorre While songs such as “Look What...

Avril Lavigne is turning ‘Sk8er Boi’ into a movie