10 thoughts on zooming through eras with SB19 in ‘WYAT’ 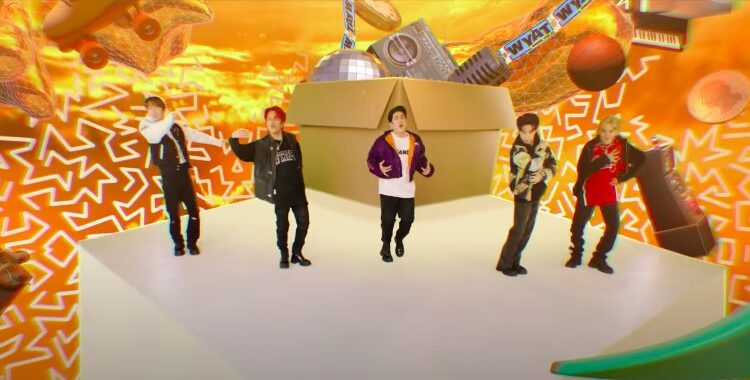 This week may have been tough, but at least we’ve finally reached SB19 comeback Friday. After relishing every crumb on the internet, this time, it’s the global P-pop stars’ turn to look for us—well, at least that’s what their new song’s title asks.

The boys dropped their latest track “WYAT (Where You AT)” along with the accompanying music video (that is actually pretty massive) today, Sept. 2. Produced by SB19’s Pablo and his brother Josue, plus the group’s Justin at the creative director chair, the MV rolls out as an exhilarating fusion of decade-defining elements, zooming through various eras of the past and telling a story about reconnection after encountering challenges.

Besides ushering a new chapter in their artistry, the disco-electronic-pop “WYAT” also reflects the Billboard nominated-band’s growth. In a press release, Josh reveals, “Our team often tries to do something different from what we’ve done before; we’re always evolving.”

After an adrenaline-intensifying ride, we have to leave a review. Here are some stream of consciousness thoughts about the trippy time travel I experienced with Ken, Josh, Stell, Justin, and Pablo that could explain why I’d do it again.

Still from SB19 ‘WYAT (Where You AT)’ Official Music Video

SHAREBy Roi Lim BuzzFeed published a shocking story yesterday about the parents of...