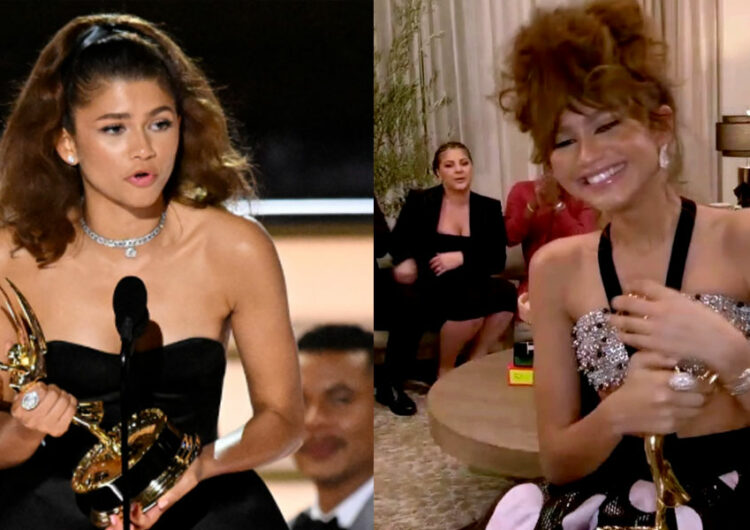 Our multi-talented meme queen just made history. Zendaya won Outstanding Lead Actress in a Drama Series at the 74th Primetime Emmy Awards on Sept. 13, bagging the trophy for her performance in HBO’s “Euphoria.”

We’d call this win iconic—and we’re not using the term loosely. She is the first Black woman and youngest actress to have won two Emmys.

In “Euphoria,” Zendaya portrays Rue, a 17-year-old high schooler who is trying to pull herself together after a series of personal challenges, including her mistakes as a teenager. Throughout the series, Zendaya masterfully portrays Rue in her struggles with addiction and other mental health issues.

Cheers to @Zendaya, who wins the #Emmy for Outstanding Lead Actress in a Drama Series for @EuphoriaHBO! The actress also won the statuette in 2020! 💛✨ #Emmys #Emmys2022 pic.twitter.com/1HwG9smBdH

The young actress highlighted in her acceptance speech the impact she wanted the show to have (she also happens to be its executive producer). “I just want to say, you know, my greatest wish for ‘Euphoria’ was that it could help heal people. I just want to say thank you to everyone who has shared their story with me.”

Zendaya’s performance plays an important role in the series. Aside from that it pictures the true challenges of Rue, it imparts viewers to humanize their battles and recognize that “redemption is possible,” just like she told in her post.

Besides her, the other amazing nominees for the category were Jodie Comer (“Killing Eve”), Laura Linney (“Ozark”), Melanie Lynskey (“Yellowjackets”), Sandra Oh (“Killing Eve”), and Reese Witherspoon (“The Morning Show”).

Zendaya’s win wasn’t the only euphoric moment of the ceremony—there was host Kenan Thompson’s birthday greeting for her, too.

To peep more of our favorite moments from the Emmys, head over here.

Photos (L to R) from AFP and ABC

SHAREIt was decided: I didn’t want to be successful when I became an...

SHAREEditor’s note: Manila Pride is not affiliated with Metro Manila Pride. This article...