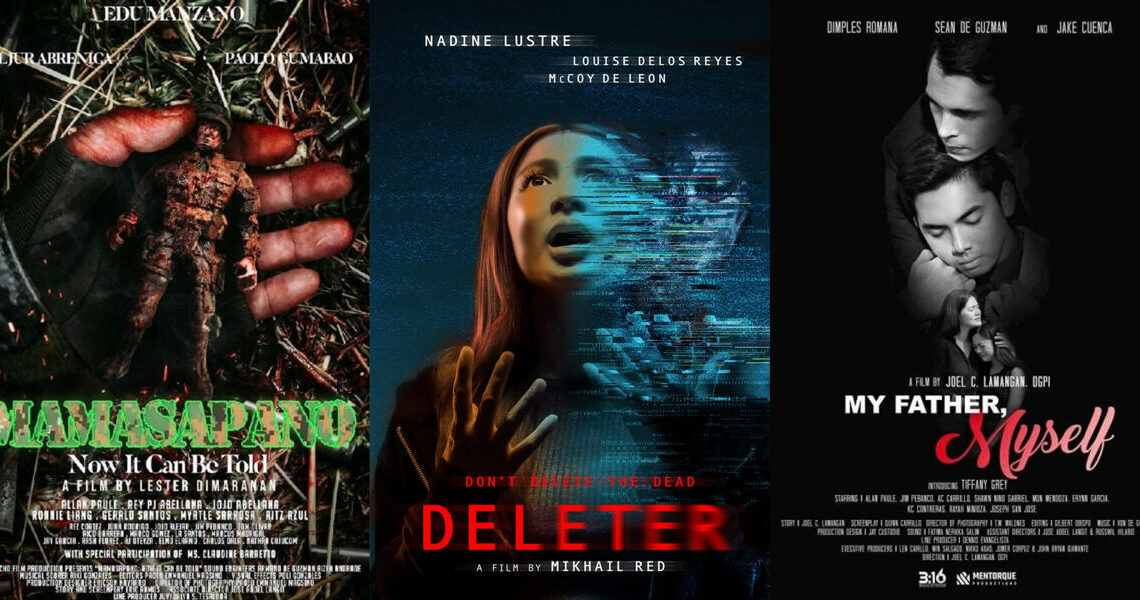 For the longest time, critics have been lambasting most entries that make it to the annual Metro Manila Film Festival (MMFF)—but it seems that there will be a slight change this year. Although there are still a few questionable entries, MMFF 2022 has a decent lineup, to say the least. (2016 MMFF remains superior, though.)

We decided to take it upon ourselves to review every teaser and trailer in case you’re too unmotivated to do it yourself. We also provided (unsolicited) ratings to somehow help you decide on which entries deserve attention.

“Labyu with an Accent”

It looks like your cliché “girl gets a boyfriend for hire and they start developing real feelings along the way” kind of rom-com plot. But instead of a young woman born into generational wealth and a young man who’d do anything for money, the protagonists in “Labyu with an Accent” are two adults—Coco Martin and Jodi Sta. Maria—in their late 30s to early 40s.

Apart from the fresh choices of characters, though, the film doesn’t look like it would give something new to the table. (Plus, the teaser trailer didn’t give away much to base our judgment on, so we’re giving it a half-rating for now.)

“Partners in Crime” exudes the same energy as “Labyu with an Accent” except it looks more comic and exaggerated. It doesn’t seem to have much of a solid plot (as with any other Vice Ganda film) going on, but we’re still giving it a six because we’re pretty sure it would make everyone laugh their asses off on Christmas.

Although it’s worth noting that there has been an online discourse on Ivana Alawi’s physical appearance (morena with curly hair) in the film. Some people expressed their worries about it becoming the butt of the joke, but Vice Ganda shrugged it off in a tweet.

We’ll let you be the judge. Let’s just hope the script doesn’t include offensive and backhanded humor.

Out of all the entries, “The Teacher” is one of the two films that haven’t released video teasers yet. Judging from the photos Toni Gonzaga dropped on Instagram, though, it somehow reminds us of the comedy TV series “Iskul Bukol” merged with Eat Bulaga’s Lenten special episodes. That’s it.

We won’t give “Family Matters” a rating for now as it is the other film that hasn’t dropped any promotional material yet (aside from a poster featuring veteran actors Noel Trinidad and Liza Lorena). But TBH, we expect the film to make viewers bawl and learn life lessons.

Not really a fan of romance between people with huge age gaps, but the chemistry between Ian Veneracion and Heaven Peralejo was very apparent in the teaser. “Nanahimik ang Gabi” is a suspense-thriller film, so we’re already loving the fact that it (most likely) won’t revolve entirely around a love story.

It could have given us more clues as to what is going on, but perhaps they’ve been saving it for the official trailer. Besides, any show that has the Mon Confiado in it is always a sure hit.

WTF is this film even doing here out of 10

Two questions: First, what the fuck? Second, why did the MMFF committee think it was a good idea to include this film in what’s supposed to be a “family-friendly” festival lineup?

As much as we need more queer representation and unconventional storylines in mainstream media, we definitely did not mean incestuous relationships, especially between a father and his—albeit adopted—son. To quote our sibling publication Preen, this film is “an MMFF BL entry we don’t need.”

“Mamasapano: Now It Can Be Told”

Considering the trailer’s technical aspects, “Mamasapano: Now It Can Be Told” can be a strong contender for best cinematography and best picture. Produced by controversial lawyer Atty. Ferdinand Topacio, the film is based on the 44 special action force officers (SAF44) slain in the 2015 Mamasapano encounter.

We have a growing concern about its historical accuracy, but we’re granting it the benefit of the doubt since screenwriter Eric Ramos (“Rainbow’s Sunset”) promises they heavily relied on the PNP Board of Inquiry Report and the Senate Committee on Public Order Report.

Number of traumatizing content deleters encounter daily out of 10

“Deleter” is easily one of this year’s most—if not the most—anticipated films due to its experimental and intriguing concept. We’ve had high expectations since July (when our girl Nadine Lustre was announced to play the main role) and its trailer definitely didn’t disappoint.

After a quick montage of clips showing Nadine Lustre and Louise delos Reyes accompanied by suspenseful background music, “This video has been deleted” abruptly showed up on the screen. To say that we were confused is an understatement, but we eventually came up with a theory after seeing Viva Films’ tweet: “Lyra is always watching… and deleting.”

Did Lyra delete the rest of the trailer as it is too triggering? Did it violate online content guidelines? We could only come up with assumptions. Regardless, it was genius marketing.

The aftermath of ‘leading men’ worship, as told by ‘Fan Girl’

Official posters of “Deleter,” “Mamasapano: Now It Can Be Told,” and “My Father, Myself”

SHAREWant to feel like an NPC in a Japanese dating sim or a...