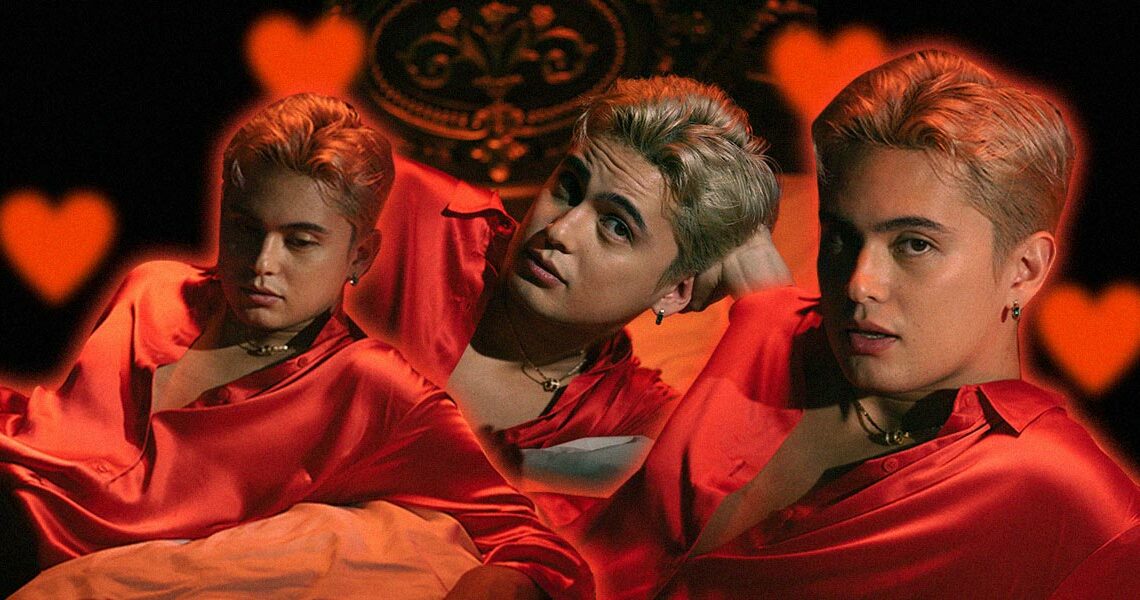 In case you missed it: James Reid’s “lovescene:” is the newest member of the Albums That Have Upbeat Sound But Emotionally Scarring Lyrics Club. I mean, just think of that meme starring black and pink houses standing beside each other.

By now, the 29-year-old multi-hyphenate’s (actor, musician, producer, and Careless chairman) more than a month old sophomore album might have popped up on your radar through various ways. “Spotlight” could have landed on your friend group’s chat box as a loop-worthy discovery, an acquaintance could have shared lyrics of “Lie To Me” to the TLs without context, and your algorithm could have told you to listen to “Always Been You”—and it has since stayed in your 2022 favorites playlist.

It’s not surprising that this 10-track album would stick to anyone instantly, like it’s your new go-to record when you crave something that both understands and cry-dances with you. Sure, “lovescene:” chronicles James’ experiences in the complex life and death cycle of love, with fame and public opinion in the mix. But individuals outside the spotlight can still nod to its authentic take on longing, regret, loneliness, and chasing the next best thing despite knowing it won’t go on forever, because after all, he made sure to be honest in this process. Now, it’s his most vulnerable creation yet.

To inaugurate the album’s entry to the previously stated club, we talked to James himself about the origins of the concept, spontaneity in songwriting, and his team’s hard-hitting question that helped him dig into his heart a little deeper than usual.

Hi, James! Congratulations on “lovescene:”. Can you tell us about your eureka moment for its concept? What inspired you to pursue this path for your sophomore album?

I wasn’t planning on making an album, it was supposed to be an EP, and I had 20-something songs. [But] as I was cutting it down to the EP, which was supposed to be four to five tracks, I started to see a pattern [from] all the songs I was writing: all of my experiences in love and relationships, just that kind of thing. I started to see a storyline in those songs, and I added more, to make it more complete. The concept [focused on] the beginning, all the things you go through in a relationship, and the end. I kept adding songs, and I ended up with 10 tracks.

In pop culture, sequels are often viewed as hits-or-misses. Given that this is your second album since your debut record in 2017, did you feel the pressure of having a spectacular follow-up? What were the challenges?

I think I’m lucky I didn’t feel the pressure, because I wasn’t trying to make an album (laughs). If I had sat down and then I was like, “Okay, I need to write my second album ever,” I think I’d been way too pressured. This year in February, I went out to L.A. to work with some of the producers, and a lot of Filipino producers as well.

Yeah, [having a spectacular follow-up] wasn’t the goal. The goal was just to experiment, make music, and try something new—and that’s what I did. I was like, “Oh, nice! An album.” (laughs) 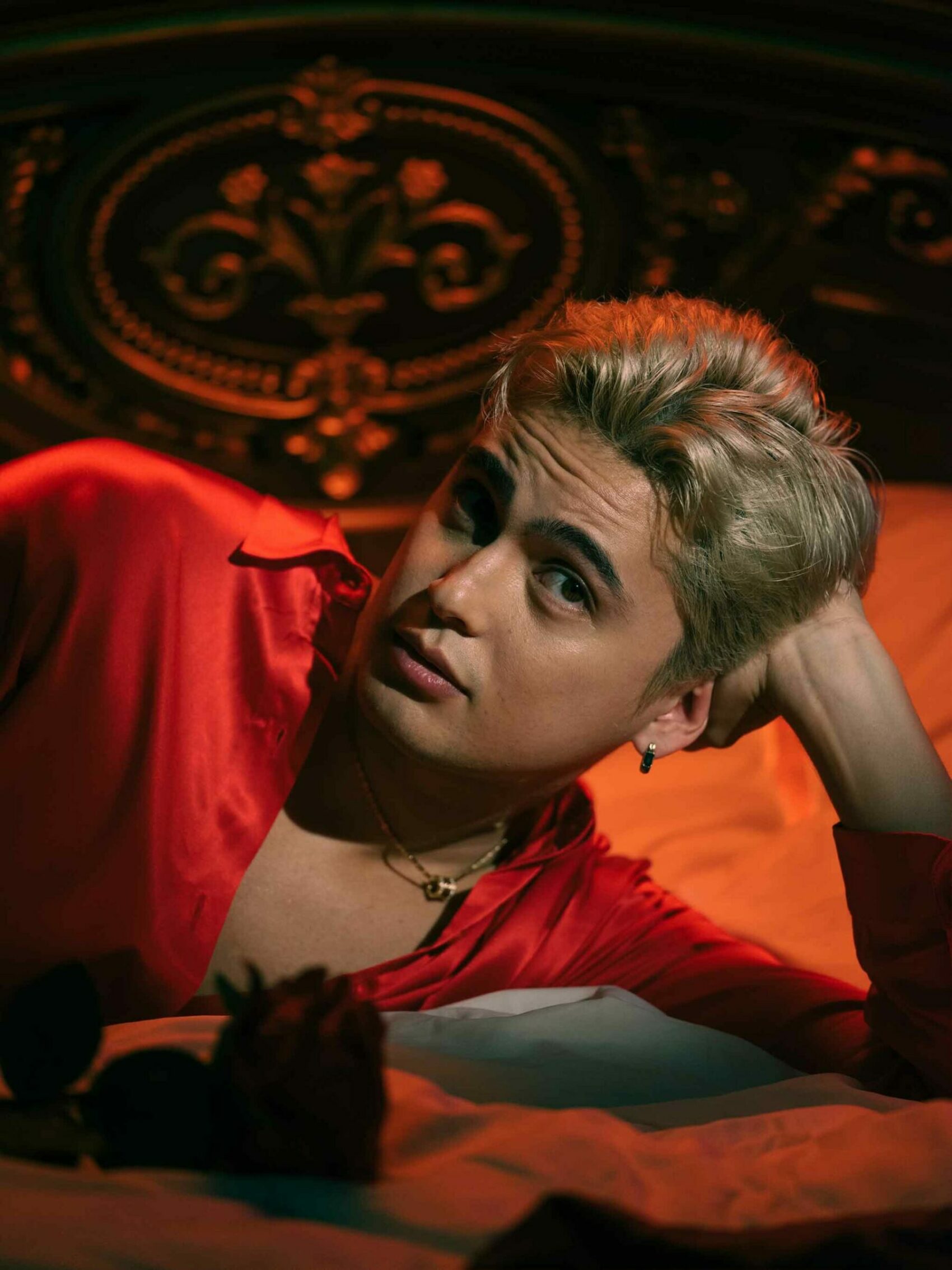 I really like the world-building you had going on, from the promotions to the visualizers. Can you tell us more about how the collaboration went with your team for this album? What were your favorite moments while working with them?

But yeah, we kept it very simple. I didn’t want to overcomplicate it, because I just really believed in the music, and I thought the music was so good. It’s about love, and love is always relevant. [No] matter what’s happening in the world, it always boils down to love. I just wanted to keep it simple and be creative, with all of the visuals. (laughs) Kind of around that. My lover boy era. (laughs)

Your tracks unpack the life and death cycle of love. How was the songwriting process for you, especially for a vulnerable record? Did you approach it with a different headspace, versus your previous releases?

I think, because I never intended all these songs to come out (laughs), it was really just experimental. It kind of got a little more personal with the songs, and, you know, they directly relate to me. Usually, I just want to write songs that are feel-good, get people in the mood, make you want to move, and make you want to dance.

With this one, it was getting a little more sentimental, and a little more personal. I was in the studio and the people I was working with—and the artists and the producers—were always like, “What’s in your heart?” And I was like, “Man, no one asked me that before when making a song.”

So yeah, it got emotional at some points; diving back into old memories, that kind of thing. But I’m glad I did, because I kind of get to share these stories through the music that I wanted to [do]. And I hope the fans also appreciate that.

After working on the album and given your current stage in life right now, what’s your biggest personal takeaway on the concept of love?

Through working on the album, it was kind of therapeutic going through all of the different scenarios and stages of relationships that I’ve been through. You learn from love. It’s always a teacher. Love grows as you do as well. And what you thought what love was before, depending on where you [are] at in life now, that changes for you.

Sometimes, for some people, love is like a sacrifice. That’s how you needed it at that time. And, maybe as you get older, it’s not sacrifice. Love is understanding—someone understanding the way your mind works and how you are. As I get older and as I go through this, my definition of love grows with me too. Pretty deep. (laughs) 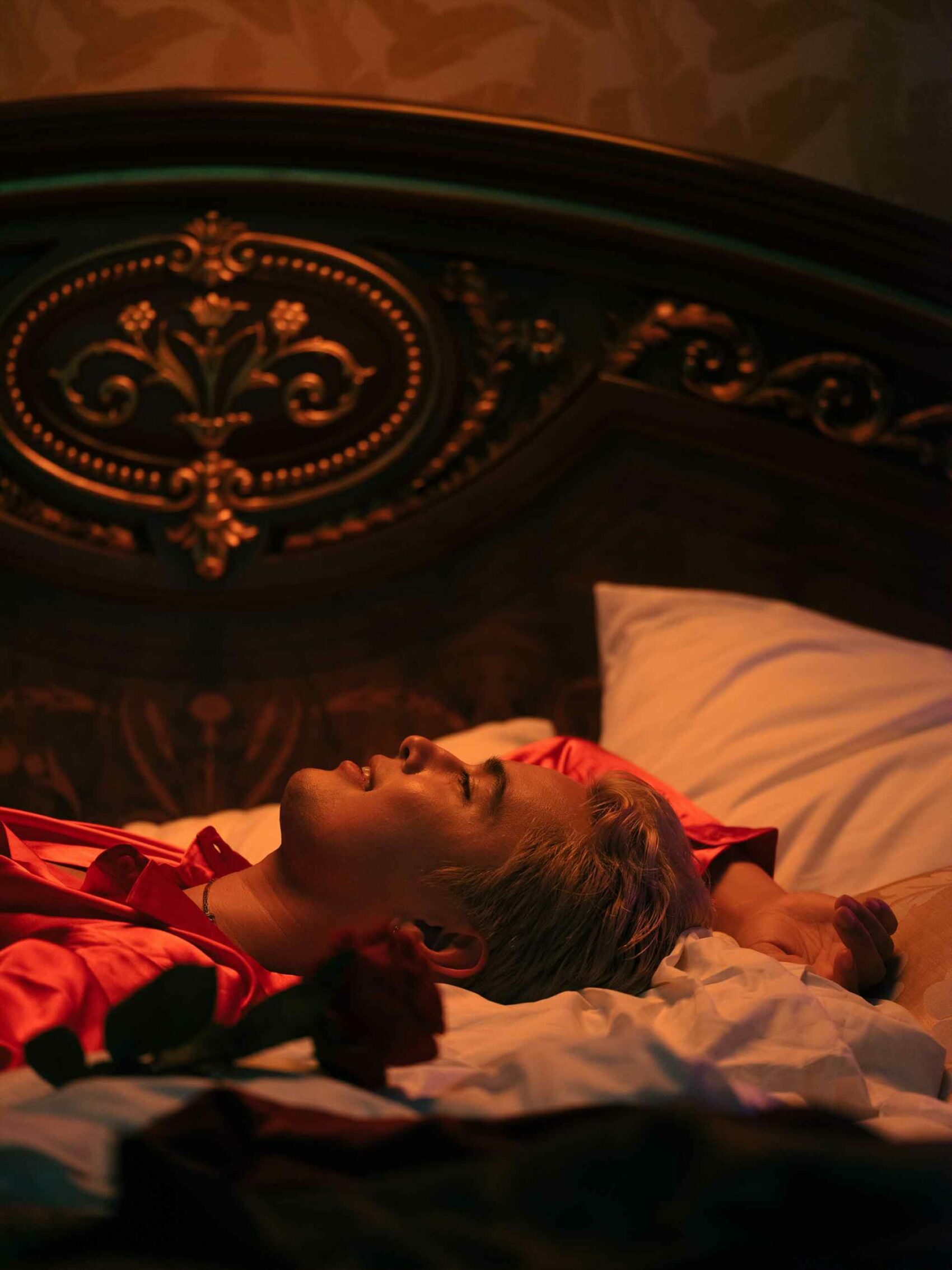 Going back to the songwriting process, are you more spontaneous when it comes to ideation? Or do you have some kind of pre-songwriting ritual, like is there an album you listen to, or maybe a film you watch before brainstorming with yourself?

I don’t have any rituals, I just dive right into it. [Although] it’s not the best method because sometimes, you just come [up] with something that’s like, “Okay, that didn’t make any sense. I wasn’t really feeling that vibe.” But I think that’s what I learned. I get analysis paralysis if I think too much about the song instead of just like, “Oh, this feels good,” then going with that initial feeling, and just finishing the song. Because I can always just make another one. If I don’t like it, I can start over, and make a new song.

I was in the studio and the people I was working with—and the artists and the producers—were always like, “What’s in your heart?” And I was like, “Man, no one asked me that before when making a song.”

Sometimes, there’s this risk when you work on something so personal and diaristic, then you go ahead and release it to the public. Somehow, other people get to co-own it, like vulnerability is a double-edged sword. What’s your message to aspiring musicians who’d like to champion vulnerability in their work?

Don’t think too much about the audience reading into you and finding out some weird stuff about you, because they’re not. They see themselves in the music. Just get your ego out of the way, and I think, when you write something that’s from the heart and authentic, then it resonates with other people. I think that’s really the goal: To connect, not to put up a front.

James Reid just made his Grammy debut (sort of)