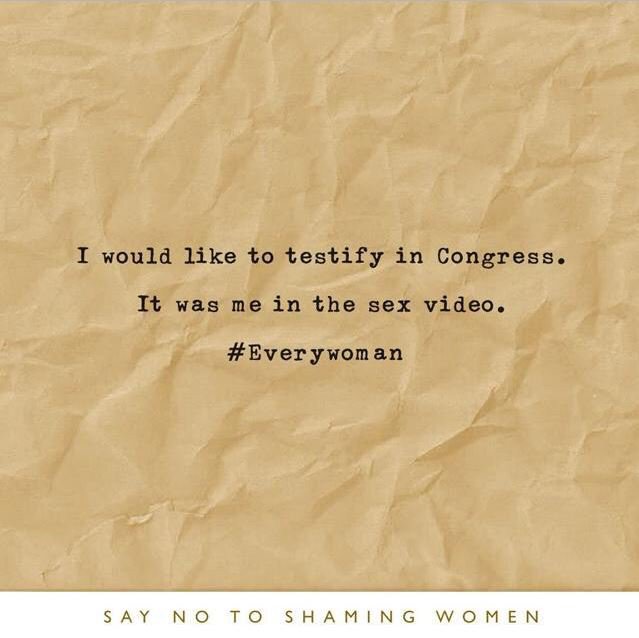 Think back to that time when you were a kid, when you kept a journal or a diary. You jot down your deepest secrets (a few sinful acts, perhaps?) and hope to the heavens that no one else reads it but you. You track this daily as it helps you look back to memorable days and how they felt like.

Now imagine your mom or your brother discovering this journal of yours and eventually telling others about it. Heck, imagine if they posted it straight to the internet without your consent–you only finding out about it when your closest friend starts raging at you for writing about your petty fight from years before. It all goes downhill from then on.

But let’s imagine this on a bigger scale: with the latest allegations on Senator Leila de Lima’s sex video and her house driver, Ronnie Dayan, it is appalling to know that this piece of evidence is deemed “relevant” by the house of Senate. According to Justice Secretary Vitaliano Aguirre II, the tandem is alleged to be part of the Bilibid drug trade and the sex video might contain relevant information of their convicted crime and other relationships. So what happens next? The Senate majority announced that the sex video must be watched at the House of Representatives as evidence.

However, exploiting sexual acts on private accounts – whether it is through any device, photos, videos, or any media broadcasting, is inherent to protection of one’s individual privacy.

This was strongly supported by the Gabriela Women’s Party under their Anti-Voyeurism Law. “No man, woman or child, no matter how justified the case is presented for such proposals, deserve to be subjected to the prospect of one’s private affairs exposed,” Gabriela Rep. Emmi De Jesus added.

The internet did not also fail in being part of the loop as the trending topic of #EveryWoman brought out the protection of rights that De Lima rightfully possesses. A few accounts are shown below: 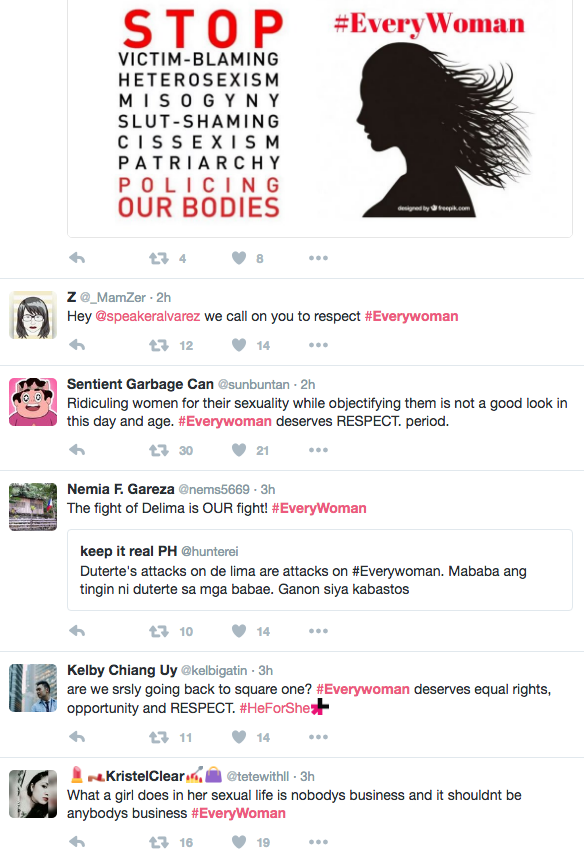 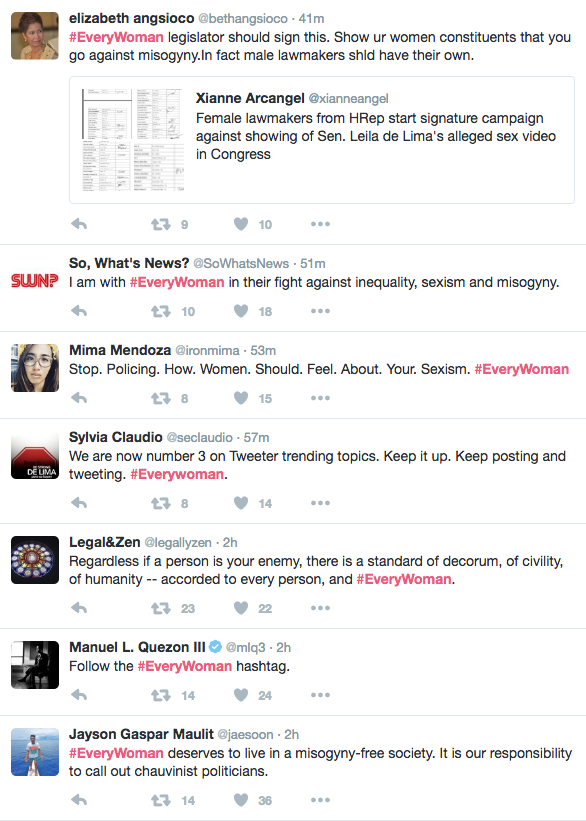 Whether someone is a criminal or not, it is deemed wrong to think that a documentation of a sexual act is considered to be an evidence of crime. Why would two people sharing this moment of intimacy be publicly humiliated?

#EveryWoman (and even men) deserves to live in a misogyny-free society. It is our responsibility to use our resources and wit to call out these politicians ridiculing women for their sexuality. We call on upon both men and women, young or old, to join the campaign on social media, as #EveryWoman deserves equal rights, opportunity, and respect. Stand up for the women in your life by posting your stories with the hashtag on your Facebook, Twitter, and Instagram.

SHAREIt looks like we’ll be seeing a whole bunch of drooling, yellow-eyed, child-eating...