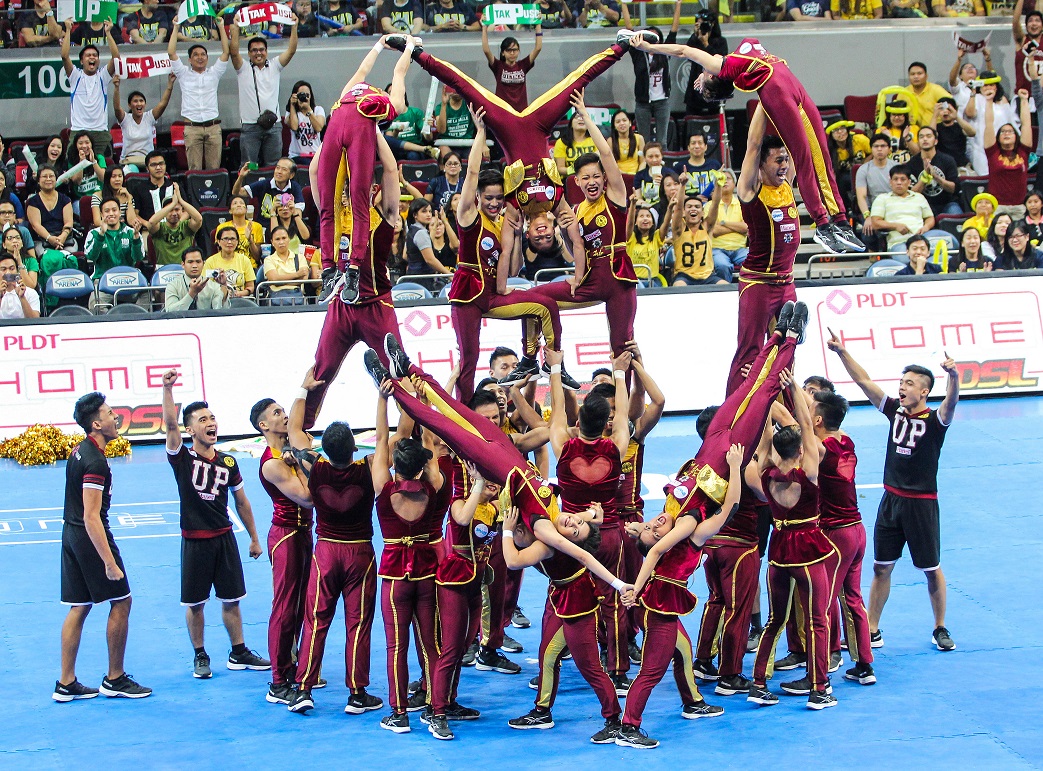 UAAP cheerdance season is upon us, but UP may have set a new record in dropping a cheerdance bombshell before anything’s even happened. This afternoon, the official UAAP Cheerdance account broke the news that UP is officially not joining this year’s competition, after not showing up to today’s drawing of lots to determine the performance order.

This is after the entire team (and UP community) felt slighted that their routine last year only got them third place. A lot of people felt that they had the best routine in the whole field, believing that the judges allegedly showed prejudice to them. UP tried to meet with the cheerdance officials for a whole year, and nothing came of it—a closer reading of the situation implies that the boycott is more likely due to the committee not hearing them out, and not because they finished third.

So what exactly does this mean for the schools in the game this year?

Well, here’s the thing. Do you know the concept of an asterisk in sports? It’s when a team achieves something, but you kind of have to put an asterisk or a footnote explaining the exact circumstances for that victory. Not to diminish the talents of any of the other schools’ pep squads, but whoever is going to win this year will always have a little disclaimer in the history books explaining that this was the year UP Pep did not compete.

Full disclosure, though: your humble writer is an unashamed UP graduate—but I’m not saying any of this because UP deserved to win last year (even though they totally did). It’s really because no matter how they finished the previous year, UP’s always the team to beat, just because of how technically clean and complex (and meaningful) their routines are. Everyone has learned to fear UP, and objectively, this year’s winner will have taken the path of least (or lesser) resistance. The win’ll be great, but at the end of the day you never beat one of the competition’s strongest squads. Most will be okay with that, but some might not be.

In the meantime, we do hope UP can reach some sort of resolution with the UAAP. Not saying that there was injustice, but the association’s refusal to hear them out is kind of sketchy, and this won’t look good for other schools who are actually bringing it. If NU did rightfully earn their win, then the UAAP should make sure there aren’t any traces of doubt surrounding their victory.

But all the same, though, good luck to all the schools competing. Although we applaud UP for taking a stand they believe in, we are gonna miss what could have been another great routine this year.

After 93 years, the Oscars finally decided to not be so white

SHAREThe Academy Awards’ branding can be described in one hashtag: #OscarsSoWhite.  As a...