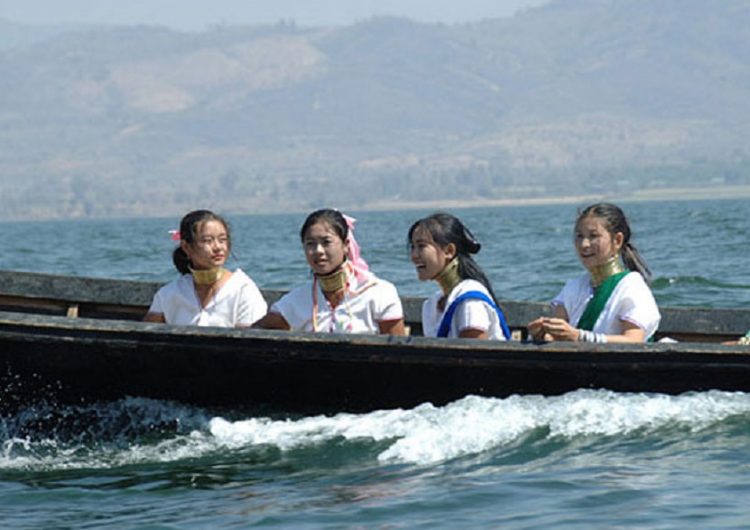 Starting tomorrow, Oct. 11, until Oct. 15, Shang Cineplex in Shangri-la EDSA is screening 12 ASEAN films from Cambodia, Singapore, Vietnam, Myanmar, Malaysia, Indonesia, Laos, Thailand, and the Philippines, for free at the five-day film festival that is the Tingin ASEAN Film Festival. Brought to us by the National Commission for Culture and the Arts (NCCA), the festival includes talks by selected featured film directors, as well as forums on the future of contemporary Southeast Asian films.

A drama by director K Rajagopal, in which the protagonist is a recently released Singaporean-Indian contraband smuggler Siva.

In this drama-mystery director Cheang Chhordapheak depicts a story of a primary school teacher Seyla who is raped a month before her wedding day.

A coming of age story by filmmaker Victor Vu about two brothers: Thieu and Tuong, who live in a war zone in South Central.

Director Remton Zuasola took this movie that follows Eluteria “Teria” Duhaylungsod, who agrees to become a mail order bride to a man named Hans Kirschbaumin, all in one long shot.

Director Hatta Azad Khan’s Wayang is a film about a master puppeteer who ends up mentoring two children on the art of wayang or a form of traditional Malaysian puppet theater.

Director Anthony Chen based this fictional film on his childhood growing up under the care of a Filipina maid named Terry.

Filmmaker Aung Ko Latt tackles the issue of human trafficking in Southeast Asia in this film that revolves around the quest of a group of Kayan women in search of their abducted companion.

Director Yosep Anggi Noen tells the painful story of poet Wiji Thukul, who is exiled for being an influential activist in his country.

In this film by director Shanjey Kumar Peruma, young boy Appoy comes of age as he grows up amongst a community of Tamil immigrants; set in Malaysia in the ‘90s.

Dearest Sister by director Mattie Do follows the story of a Laotian girl who assists her rich blind cousin who is able to communicate with the dead.

In this film by director Pimpaka Towira, Laila finds herself on a road trip from Bangkok to Pattani with her brother and his friend in search of her long-lost Aunt Zainub. 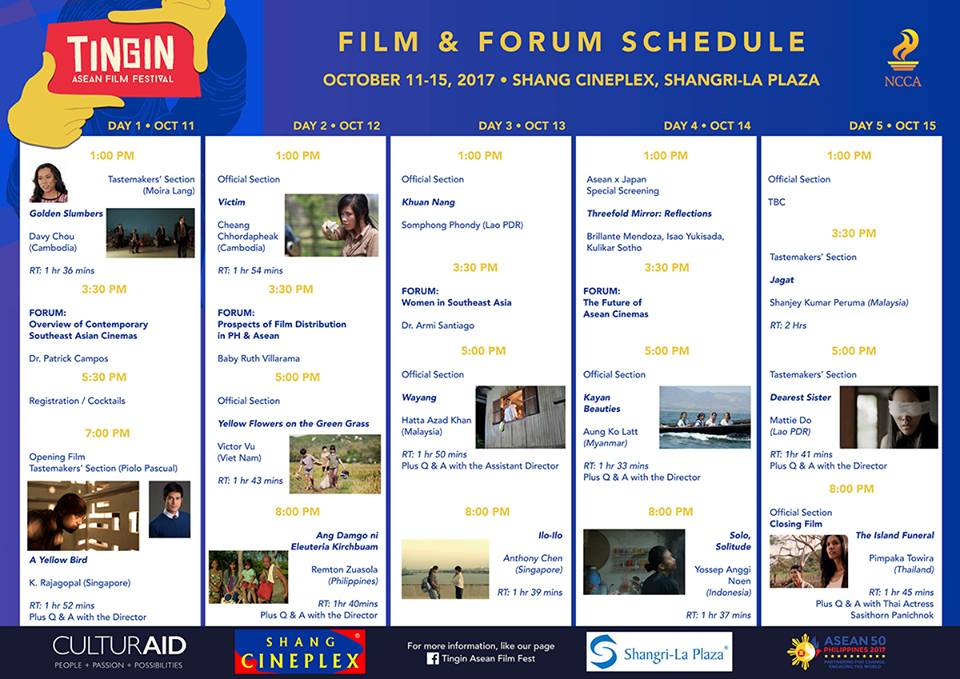 The Tingin ASEAN Film Festival will be held at Shang Cineplex in Shangri-la EDSA, from Oct. 11 to 15, 2017. For more information check here. Admission is free.