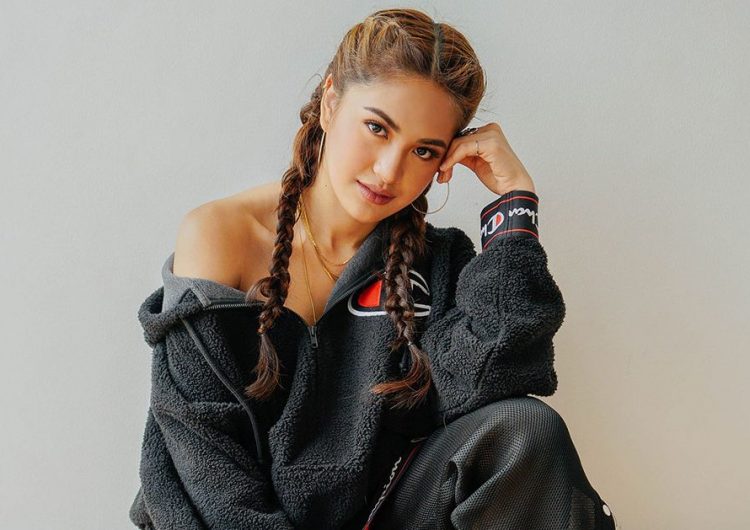 Julie Anne San Jose is far from invisible. Julie Anne has been in the spotlight for more than a decade, and her image as an actress-singer-model triple threat is an apparent natural growth from her Popstar Kids days. Time and time again she’s managed to stay in the radar. Is it because of personal reinvention? Or is it simply someone trying to abide with the changing times?

We get up close and personal with her and here’s what we found out: a mix of both, and more.

She’s hard to miss in the crowd, and that’s coming from observation: for her shoot with SCOUT, we headed to the busy street of Escolta and its winding intersections, busybodies and keen passers-through included. One could easily tell that this—working outside the confines of an air conditioned studio, and looking good doing it—is nothing new for the pop star. She carries the finesse of someone who’s experienced enough to do a shoot in the midday sun without breaking a sweat.

But she’s not superhuman, and she rests with the rest of the team when there’s time to kick back and relax. She’s wearing track pants, hoop earrings, and a crisp pair of white Chuck Taylors. “One time I painted on them or wrote on them,” she says when asked if she’s done anything to style her sneakers. “The very first pair of white Chucks that I bought, when they got old, I wrote on them. “

Nothing Left is her recent single slated released under her new label, Universal Records, and it sounds raw, strong, and just the perfect amount of rebellious. “This is long overdue/I’m moving on from you,” she sings with her signature soaring vocals. This isn’t vengeance, this is redemption, and starting the year off with this track sends her to a high note. Stepping away from a toxic relationship is an experience shared by many, but Julie Anne takes a different route: there may be nothing left between her and her paramour, but she has to resolve to find herself in the wreckage.

Recently, Converse has bolstered its presence in pop culture with the help of cultural figures and niche power players, but also people who are anchored in pop culture in a very authentic way, and Julie Anne is an ideal addition. Whether she’s speaking her mind with her songs or maintaining composure with her gracefully unapologetic demeanor, she’s one to look up to this 2018.

SHARE2019 is a great year for Filipino RuPaul’s Drag Race fans. Aside from...

Nickelodeon’s mentoring one writer and it could be you

SHAREAspiring scriptwriters, time to sharpen your wits and turn those jokes into the...