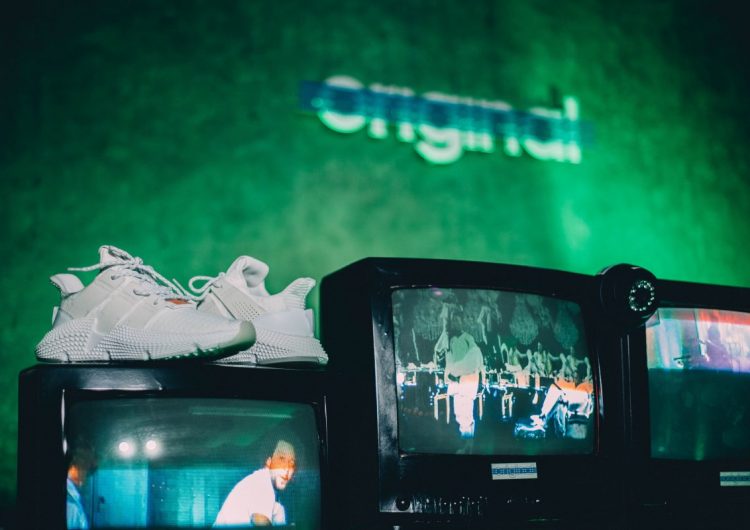 It’s hard to believe that at one point in time, adidas was only known for making performance-focused shoes designed for athletes. Today, the brand can be seen-by-side with some of the biggest names in music, sports, and fashion – further making its three stripe mark on culture.

The Original is Never Finished campaign, that re-launched with the new collection, continues to challenge the idea of originality, arguing that complacency and comfort are the biggest hurdles encountered in the pursuit of originality.

While originality can be interpreted in different ways, adidas Originals makes it clear that their definition of originality is expressed in the constant repetition and reinterpretation of ideas. adidas Originals fully embraces the dynamic changes that happen in culture, and the Spring/Summer 2018 collection is a testament to that.

Last Saturday, we were invited to the #NEVERFINISHED Showcase to see the latest collection up close. The venue buzzed with local musicians, influencers, designers, and creatives from various industries. In collaboration with PURVEYR, walls of The Ruins at Poblacion were filled with posters of creatives who embodied the brand’s vision and values after a series of interviews sit-down interviews between the people behind some of the best Philippine clothing brands and adidas Originals influencers.

As part of our collaboration with adidas Originals, we brought some of our friends along, as well as created some videos to be used as visuals throughout the night.

The adidas Originals SS 2018 collection features various reiterations of classic pieces we’ve grown to love, fine-tuned just enough to adapt to the current cultural landscape without losing its value as an icon.

The theme is evident, especially in this collection’s footwear. The new EQT Bask ADV silhouette is a take on the heritage basketball sneaker we’re starting to see more of in rotation. The Prophere, with its bulky outer sole and reinforced build is a clear nod toward the chunky sneaker trend that has been dominating street style around the globe.

Adidas continues to cement its position as a cultural force through collaborations with icons such as A$AP Ferg, Stella McCartney, and Pharell, while the ongoing partnership with YEEZY, NEIGHBORHOOD, and even Palace makes it clear that they’re not just here today – they’re here to stay.

As this year’s campaign and collection continue to strengthen the idea that being in a position of never being finished is what keeps creatives on their toes, we can expect adidas to continue putting out great pieces. But what we’re excited to see is not just how they adapt to the ever-dynamic culture, but how they will continue to stay true to themselves despite the inevitable changes. Isn’t that what true originality is?

SHAREFor something we occupy ourselves with when we’re slacking off, video games are...

SHAREUPDATE, Apr. 16: Because of the high volume of orders and inquiries, McDonald’s...