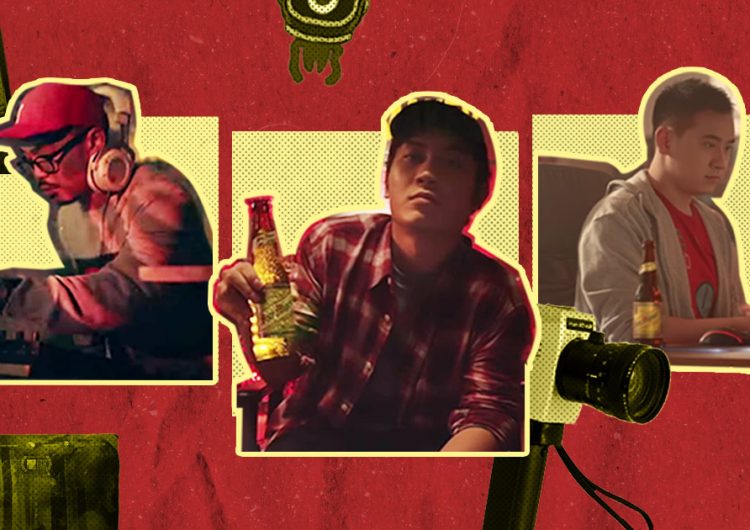 Following your heart and being true to yourself is not an easy task. Many people want to achieve success but don’t want to put in the work. So how do we distinguish the hyped up, the fake, from the real? Time will tell.

With the tagline of “Sarap ng Orig, Sarap ng Totoo”, how can we not expect San Miguel Pale Pilsen’s new endorsers to be anything other than authentic, original, and successful? San Miguel Pale Pilsen is proud to introduce its 2018 endorsers: CRWN, Allen Tan, and Mikhail Red. These are three young, successful, and authentic individuals who have followed their hearts and made a living out of their passions.

CRWN is a musician and producer, a prominent member of the Logiclub collective, who recently performed in festivals such as Wanderland and Malasimbo. He focuses on the creation of his music, and makes sure that his beats and lyrics are always new and fresh. Because of his dedication to his craft, CRWN has millions of people listening to his music on Spotify.

Allen Tan is a game developer, and his success in this difficult industry brings us fellow Filipinos immense pride. His game, Potion Punch, has reached over 5 million downloads worldwide, while Monstronauts, the company he founded, has been acclaimed in international tech conventions.

Last, but certainly not the least, Mikhail Red is one of the country’s most successful young directors. His film, Birdshot, is a product of his unique vision, and was selected as the Philippine contender for the foreign language category of the Academy Awards. This makes Red the youngest Philippine director to have a film sent to this prestigious awards body.

The three young endorsers hope to serve as an inspiration for the Filipino youth to follow their hearts and be true to who they are.

SHAREBy Nico Pascual Images: Ifccenter.com The animation world has lost one of its...