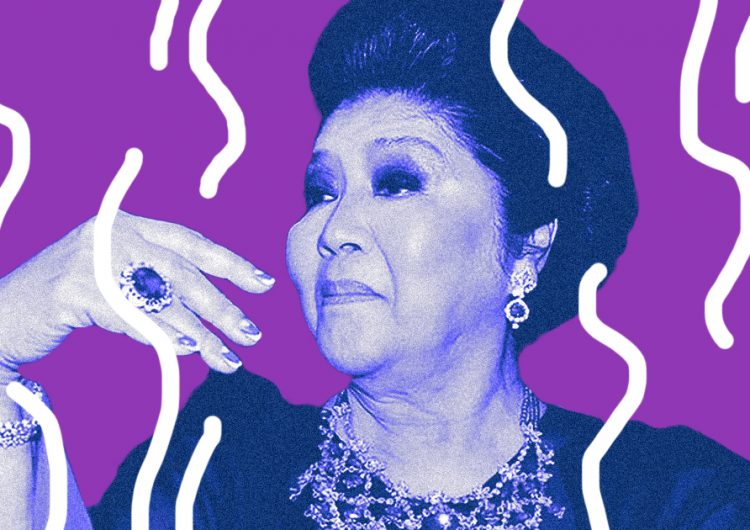 But during the graduation rites of PHSA students last March 22, the MARIA Scholarship Award was dubbed the MARIA – IRM award, IRM for “Imelda Romualdez Marcos”. Where did this come from? A week after, no one knows, other than it was a “mistake from the script during graduation.” JK Anicoche, a PHSA alum and theater arts teacher during previous years, posted a timeline of events from March 22 onward including the quote from the administration.

The staffers of PHSA’s school publication, PHSA Variations, issued the following statement indicating the Marcos association during the ’70s which has then been revoked, and also an interesting detail regarding the change: The inclusion of the “Imelda Romualdez Marcos award” has been in the student manual since 2015. The change was only noticed fairly recently. Why? There hasn’t been a graduation ceremony since then because of the K-12 system in place.

“To name the scholarship after the founders is simply ignorance, and the choice to unlearn what the trees in the mountain have taught — truth, goodness, and beauty,” writes PHSA Variations in their letter directed towards the school’s administration. Vim Nadera is currently the director of PHSA.

As both accounts pointed out, given that the CCP gives the MARIA Scholarship Award, the funds necessary for the scholarship are pulled from the funds of tax payers. By associating the Marcos name to the award, there’s an implication that the Marcoses have anything to do with the award, that they are to be credited for the funds.

We stand with the staffers of PHSA Variations and certain PHSA alumni who resent this implication, and we also demand that the award be returned to its previous title. We’re also waiting for answers. Your move, PHSA admin.

by SCOUT
art by Bryan Sochayseng

SHAREThe LGBTQ+ community and bookworms know how fundamental reading is. And you know...