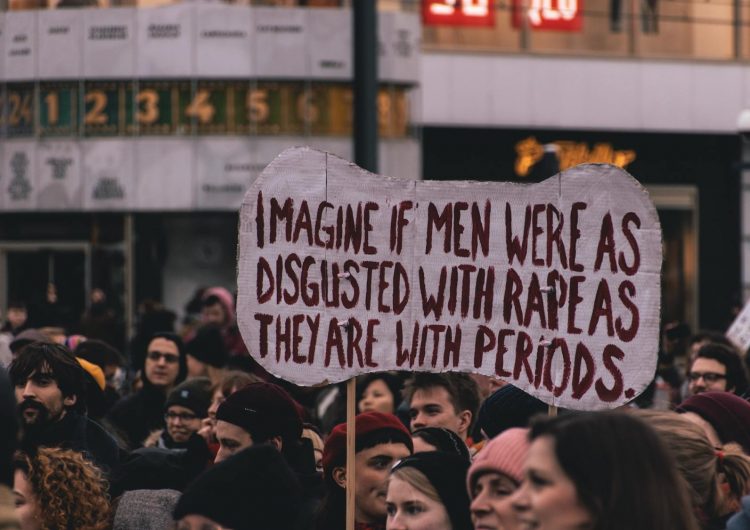 Any sensible person would understand “Uy, sexy!” is not a well-meaning invitation for afternoon merienda. In no context are victim blaming and rape jokes ever justifiable. But there are some statements we often hear from friends and relatives that insidiously celebrate ignorance and lack of consent. Has your favorite #TitaOfManila said any of these? Time to play bingo.

Imagine your five-year-old self at a family reunion. You know probably 10 people. But at least 50 blurry faces want you to beso-beso their cheeks or sit on their laps. It’s a bit uncomfortable, but if you push them away, they’ll either let you go with a sharp “tsk” and call you “mataray” or “matampuhin” or say you’re overreacting (see #5).

There’s nothing wrong with expressing affection for relatives or family friends, but not at the discomfort of the child. When we equate “bad behavior” with a child’s sense of bodily autonomy, we begin the long, arduous journey of teaching children that their bodies aren’t theirs and that their experiences aren’t valid.

Current sex education in the country = abstinence. The end. Bow.

Statements like these imply that there’s an arbitrary “right” time to learn about sex or your body when education should be a continuous process. I learned my long years in Catholic school that the body is the temple of the holy spirit—but what this often meant was “don’t talk about the body.” At all. Ever. But respecting the body also means talking about its issues—and, of course, not claiming ownership of anyone else (*coughENTITLEMENTcough*).

Your gender really shouldn’t dictate how you should act. This narrow-minded rhetoric is poor verbal defense, in particular, for parents who don’t want their daughters to be out at night and their sons to cry when sad. It’s also this kind of talk that allows victim blaming to blossom in the first place—“you were wearing a skirt, so of course the guards looked up.” Conversely, implying all men are monsters is counterintuitive: “You’re a young boy with raging hormones and an uncontrollable dick, so of course you violated her at the party last night!”

TL;DR: Gender stereotypes are bad for everyone. There is no right way to ‘perform’ gender, and for us to demand that there is won’t get us anywhere.

We seem to equate “education” as flat-out absence of discourse (see #2). Instead of teaching people how to drink responsibly (in a formal setting, i.e. school), we just tell them to not drink too much. This is fine and dandy, but this also paves the way for us to pin everything—from getting raped to, I don’t know, the end of the world—on people who do drink too much. Because, yes, there will always be the kid who drank too much and can’t walk straight, but that shouldn’t be an invitation for harm or, worse, an invitation to become a “moral lesson.”

Here’s why invalidating the feelings of other people is not a particularly good thing to do: There’s nothing to gain from calling someone else overly sensitive. Nothing. No discussion between two adults. Zip. Zero. Zilch. Instead, you’ll help cultivate an environment where people think it’s okay to do things without your permission.

Many think pieces hate on millennials for advocating political correctness, but beyond “political correctness,” what most of us are campaigning for is empathy. If people feel uncomfortable, it’s not your position to doubt them. Instead, ask why. Talk to them. Listen to them. Don’t call them a killjoy for rejecting your hug. Or worse, don’t force them to hug you back. Shake their hand or give them a high five.

By Teresa Naval
Photo by Raquel García on Unsplash

What can we say? KFC seems to be trying out all sorts of...