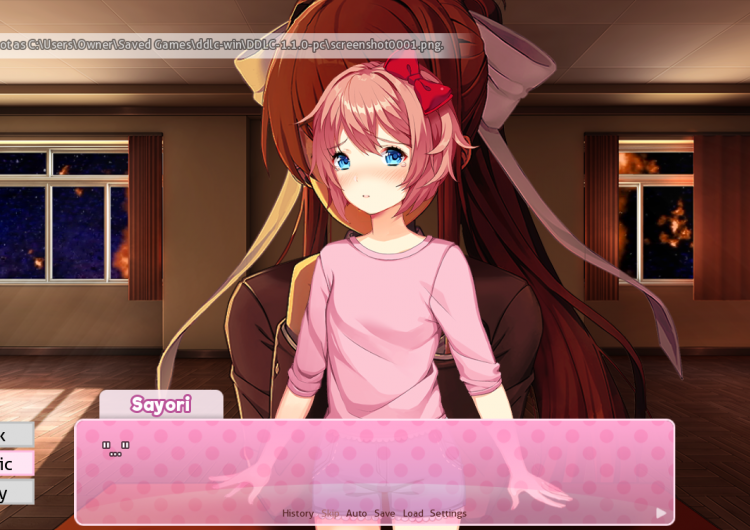 Video games aren’t limited to Pacman and Tetris anymore. There’s more to the world now than what an ’80s joystick used to reach. Gaming companies like Nintendo have achieved God-tier status. New industries are being established like esports, sending scolding mothers to shame. Its road only leads to progress. And yet, there are games like Goat Simulator that make us say the word “why” on repeat.

The realm of video games is expanding and so is the weirdness that lies within. From laughable absurdities to WTF-inducing ones, we rated these seven video games so you won’t have to.

What again? The game is as wholesome as it is whole wheat. And it revolves around a butter knife. We’re kidding. Of course, it revolves around a slice of bread. Wondering what the end game is? It’s to achieve your yeast destiny to become toast. Try not to crumble on your way to the toaster.

Weirdness levels: Fun weird. It may not be testosterone-fueled as Halo, but God help us if someone says this game is not nerve-racking. This game only has arrow keys or analog stick for the controls, just so you know. You’re already losing if you think that not getting a bread dirty is easy.

What again? We can describe this game as I am Bread if Tarantino was the game developer. The objective of Who’s Your Daddy? is to prevent your baby from getting itself killed. Easy enough, right? It’s bold of you to assume that the virtual parenting won’t be that hard. It ranges from the baby sticking forks in electrical sockets to the baby turning into barbecue. This game is every parent’s nightmare amplified.

Weirdness levels: Low-res violence. It’s a game that provides us with the dos and don’ts of parenting. It also gives baby haters an avenue to release their rage on kids and not on their loved one’s kids. That last one might be a little controversial but it’ll make more sense if you see the game’s players as The Sims players too. Both have two extremes of a merciful God and a power tripping entity.

Playable through Microsoft Windows and Linux

What again? Japan exports play around two extremes —traditional and uber weird. This Wii game from Namco belongs to the latter. Muscle March is about these flamboyant bodybuilders chasing after their stolen protein powder. Try to catch the thief by mimicking the hole in the wall poses along the way. There is also a Panda here somehow.

Weirdness levels: Quirky more than weird. Muscle March, like I am Bread, still remains enjoyable. While Bread has a simple concept and goal, Muscle March is as flamboyant as the characters itself. Everything’s loud and has our energy spiking. Nothing makes sense and we’re all here for it.

What again? Surgeon Simulator for sure fails medical boards across the world. But it has won the hearts of Metacritic’s reviewers. In the game, you’re surgeon Nigel Burke. The first goal? Operate on the patient named Bob again and again, from Earth to outer space. He eventually catches the attention of aliens and in some weird twist, asks Nigel to operate on one of their own. Will he gain the title of “Best Surgeon of the Universe?”

Weirdness levels: LOLable moral compass. This is the pinnacle of enjoyable weird video games. Don’t get us wrong, every game on this list has a certain charm but this is what “Rage Quit” videos are made of. Playing the game itself is hard and pushes the player to violate the Hippocratic Oath.

3. Getting over it with Bennet Foddy

What again? From the creator of weird yet difficult games such as QWOP and Eleven Flavors Of Frustration, comes Getting over it with Bennet Foddy. A lot of questions pop in our heads. Who’s Bennet Foddy? Is it a show where we can get over ourselves? No. You’re playing Diogenes who is stuck in a cauldron. The objective is to grip objects and move using his Yosemite Hammer. Also, voice-overs from Bennett Foddy discussing various philosophical topics play in the background.

Weirdness levels: Nietzsche. The caption for the game was: “I created this game for a certain kind of person to hurt them.” Mixing philosophical discussions on perseverance and disappointment, it raises self-doubt more than rage. The game gives positive quotes on moving forward. But as the creator of the game Bennet Foddy once said: “An orange is a sweet juicy fruit locked inside a bitter peel. That’s not how I feel about a challenge. I only want the bitterness, its coffee, its grapefruit, its licorice.”

What again? You’re a male high school student in a new school. Your childhood best friend convinces you to join the literature club. There are four cute girls in the club. They all seem to be friendly. But one is… a little too friendly. Could this be love? No, just good ‘ol fashion murder.

Weirdness levels: Seventh circle of hell. The game itself is a Creepypasta entry made playable. It’s nothing like Slenderman though as it’s more of the Russian Sleeping Experiment if you ask us. It misleads and leaves you a lesson. To discuss it further is a spoiler itself. Sure enough, this visual horror novel will push the buttons of anyone’s psyche.

What again? We don’t know where to begin with this game. Stanley doesn’t know where to begin too. But we know we are playing through Stanley’s point of view. He is employee #427 and he’s been doing the same job for as long as he can remember. All of his actions depend on orders from his monitor until one day, it didn’t anymore.

Weirdness levels: Nietzsche Advance. The Stanley Parable is The Truman Show of video games. It’s a game, but it also poses a philosophical debate on free will and existence. The objective is to choose and feel the effects of your choices after. The narrator of the game “knows” Stanley. But the real question is does Stanley even know himself.

This British-Filipina is documenting Charli XCX’s best tour yet

SHARESince her debut, Charli XCX stays ahead of the game. This remains apparent...

SHAREIt’s the question that’s been on our minds since 2005. We took countless...