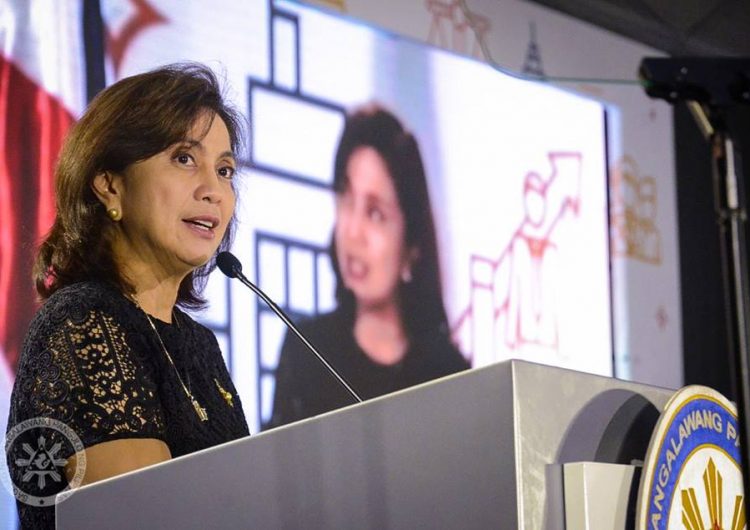 What can we say about the Philippines socio-political state right now that hasn’t been said? Our government is the gif from Community where everything is on fire. Filipino journalism’s current state of press freedom is in question, our president’s war on drugs remains morally gray, and our senate head knows little to none about politics in general. It’s our usual weekday truth pill. But this Tuesday, our politics take a turn when our Vice President Leni Robredo declares to put out that metaphorical fire herself.

Our Vice President declared in today’s press briefing that she has accepted the call of several groups for her to lead the opposition. Opposition against who? None other than our controversial “Duterte Harry,” President Rodrigo Duterte. Vice President Robredo has been known for criticizing some of Duterte’s policies during these past two years. Only now did she made it official by leading the opposition after meeting last week with the opposing groups.

In the meeting, she agreed among the parties present that she will lead the opposition. Magdalo, Tindig Pilipinas, and the Liberal Party (LP) which the Vice President is chairperson, were in attendance. In the press briefing, she voiced out that it’s everyone’s obligation for their voices to be heard when there’s injustice.

Filipinos often sees the government in two shades —pula (red) o dilawan (yellow.) But what the nation needs right now are not these colors. Our Vice President is the first one in power to officially take this step to change. It’s about time others follow. In this state of crises, with a dead body count over our heads, there must be an action. Putting political biases aside, this marks a twist of events that our nation is in dire need of.

SHAREToday, the sun shines brighter in the Philippines with the approval of Mental...

SHAREWith my serial case of tsundoku, it isn’t that surprising that I treat...

Oh honey, sorry to break it to you—electronic music has always been for...