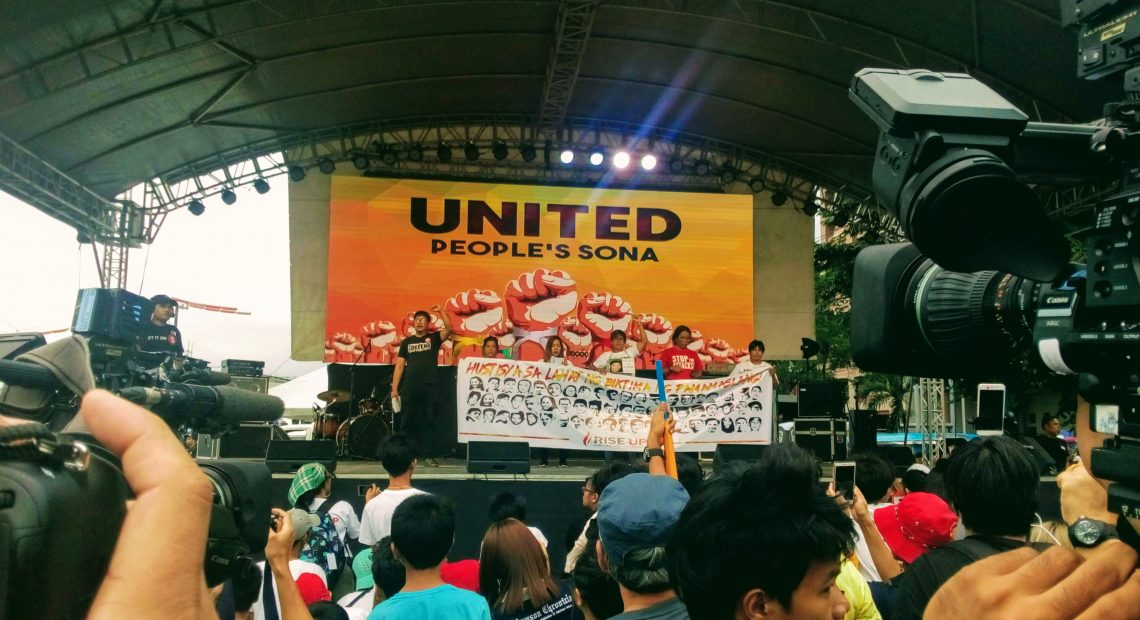 Anyone in their right minds would have expected the President Rodrigo Duterte’s third State of the Nation Address to be whack.

While the 42-minute speech was a bit underwhelming for the president’s own standards, it certainly did not disappoint with its serving of messy Game of Thrones-esque drama. With both House speakers being trash, this was enough to make Twitter go nuts.

For the thousands of protesters that marched the stretch of Commonwealth yesterday afternoon, however, the mess inside Batasan only barely showed the true state of the nation. It was actually nowhere to be found inside Batasan: It was out there, in the streets, where the people from all walks of life were united in letting the president know that they’ve had enough. 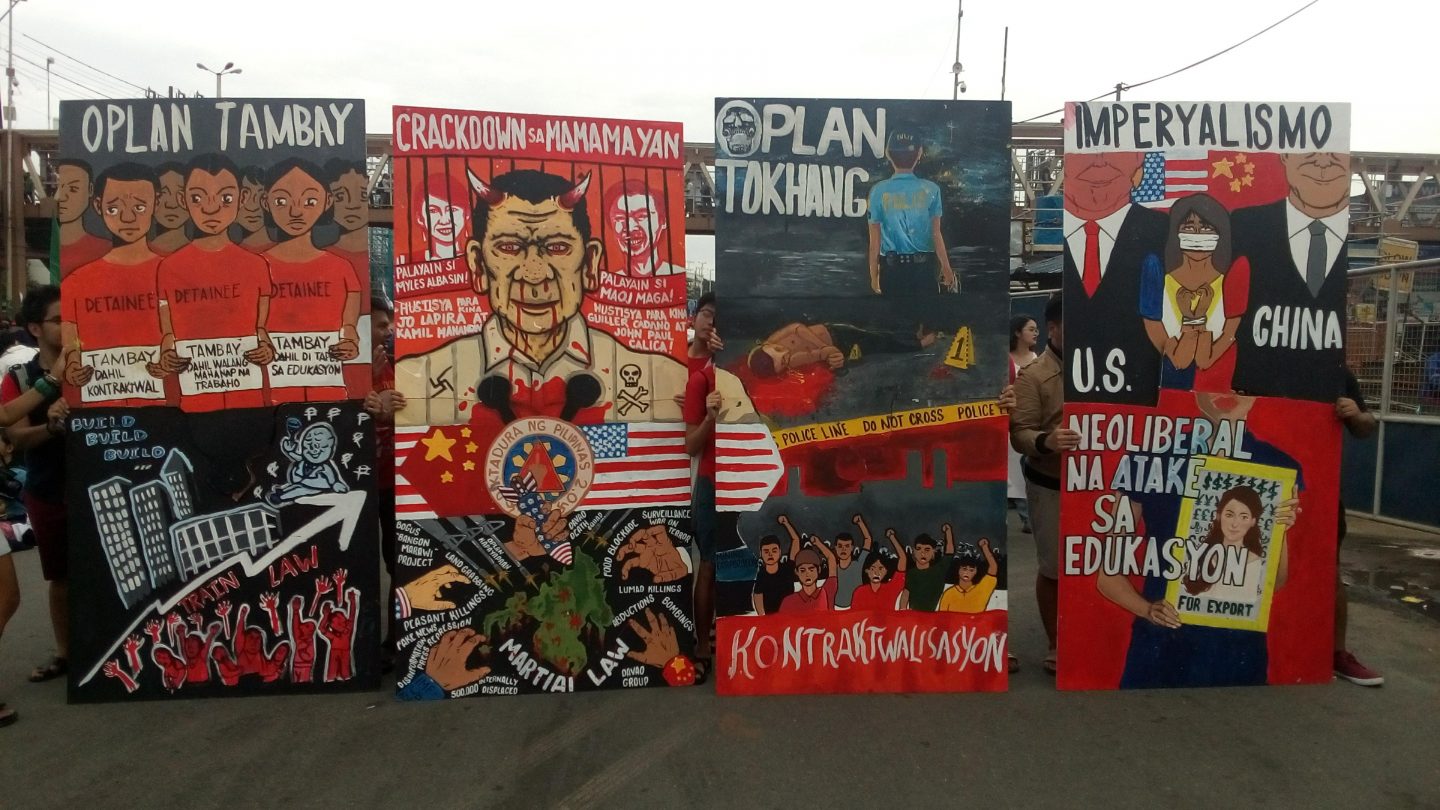 This year’s SONA protests–dubbed the “United People’s SONA”–is actually a historic moment. It has managed to unite the voices of around 300 sectoral, religious, student, and political groups–some of whom have been bitter rivals in the political arena–to declare the real state of the nation.

For Renato Reyes Jr., secretary general of Bagong Alyansang Makabayan (Bayan), it is, perhaps, the president’s greatest (and only) admirable feat.

Yelling chants and carrying flags, banners, and creative effigies, the groups marched to Commonwealth to decry the president’s misogyny, failure to end labor contractualization, attacks on press freedom, the tax reform law, plans to amend the constitution for federalism, and the murder of the poor brought by the war on drugs, among others.

One of the highlights of the protest was a performance by artists group Respond and Break the Silence Against the Killings (Resbak) and Saka, where performers read out names drug war victims.

Instead, there were only cries for justice, cries for genuine change–the cries of the real state of the nation.

The president’s 42-minute speech touched on some of these issues and boasted about how his policies are supposedly helping the nation–but outside Batasan, his voice was nowhere to be heard. Instead, there were only cries for justice, cries for genuine change–the cries of the real state of the nation.

As the administration pretty much continues to nosedive straight into a full-blown Black Mirror season, perhaps it is time to stop listening to the president’s fake news. We all know his SONA will never be about the nation. The real state of the nation is in the streets, in our hashtags, and in our resistance.

SHAREAfter announcing the release date of her latest album, “Chilombo”–which, heads up, is...