Aside from the historic oblation statue, Dennis Magtajas, popularly known as Zorro with his black mask, cowboy hat, and cape, is one of University of the Philippines-Diliman’s enduring icons. He has been a staple figure in the campus since the 1990s. His quirk has even garnered the attention of media outlets. But beyond the smiles he puts upon our faces, what do we even know about him?

This is what artist Marius Black showcases in his latest Manila Ukiyo-E exhibit titled “Unnoticed Beauty” at Kendo Creative in Cubao. As always, Marius intends to unravel the beauty of what seems ugly through his Japanese-inspired technique. 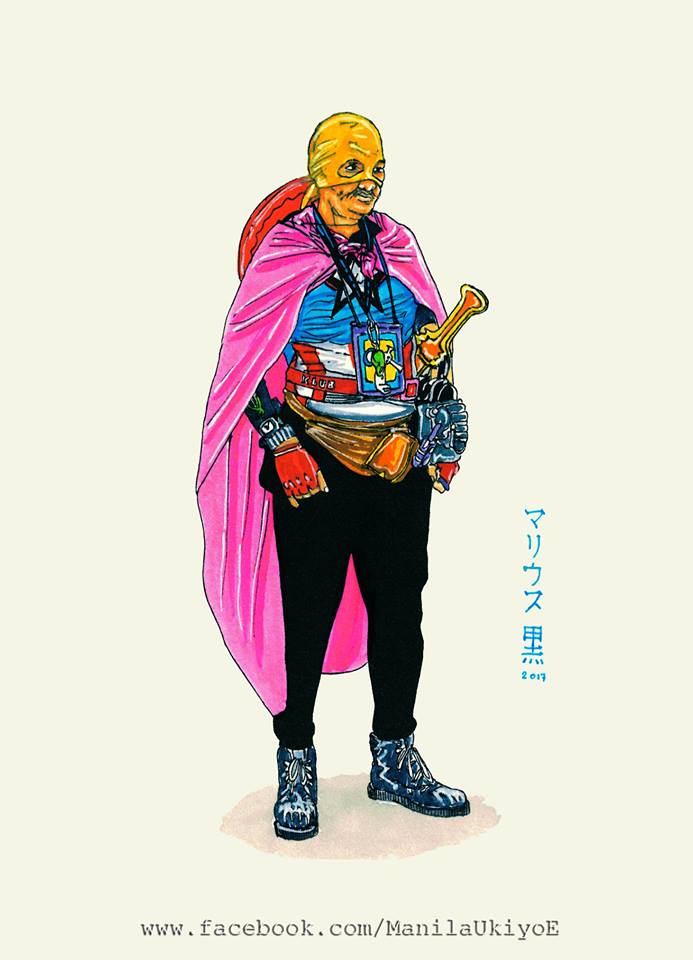 “He wants people to look acknowledge our hardworking and fellow Filipinos, not to take pity on them but to be inspired by them. That even though most Pinoys are going through hardships and mishaps in their lives, they still live it, not giving up their right to exist and still enjoy life here in the Philippines,” reads a Facebook post from Marius.

Zorro is one of his muses in this exhibit. In a hand-painted art print titled Bantay, Marius depicts Zorro in a vibrant costume. “We can admire him for committing to something entirely absurd even with the absurdities of life, committing to his bit, instead of accepting defeat in the game of life,” Marius writes in a post. 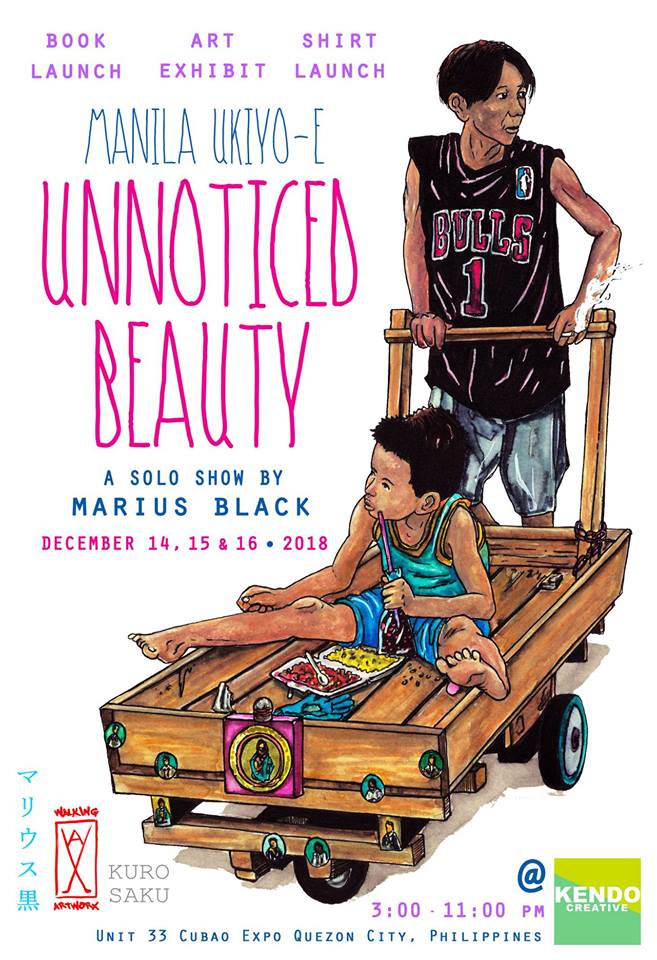 “Unnoticed Beauty” presents striking hand-painted images that ask us to reflect on this place we call home through the people we often take for granted. After all, there is beauty in bleakness.

Manila Ukiyo-E’s “Unnoticed Beauty” at Kendo Creative in Cubao opens on Dec. 14 and runs until the 16th

SHAREWhat are the signs of the end times? Let’s recall our favorite dystopian...

SHAREThe members of Ben&Ben know that people love them. But they might not...

Among the most promising auteurs in the local independent film scene is Petersen...