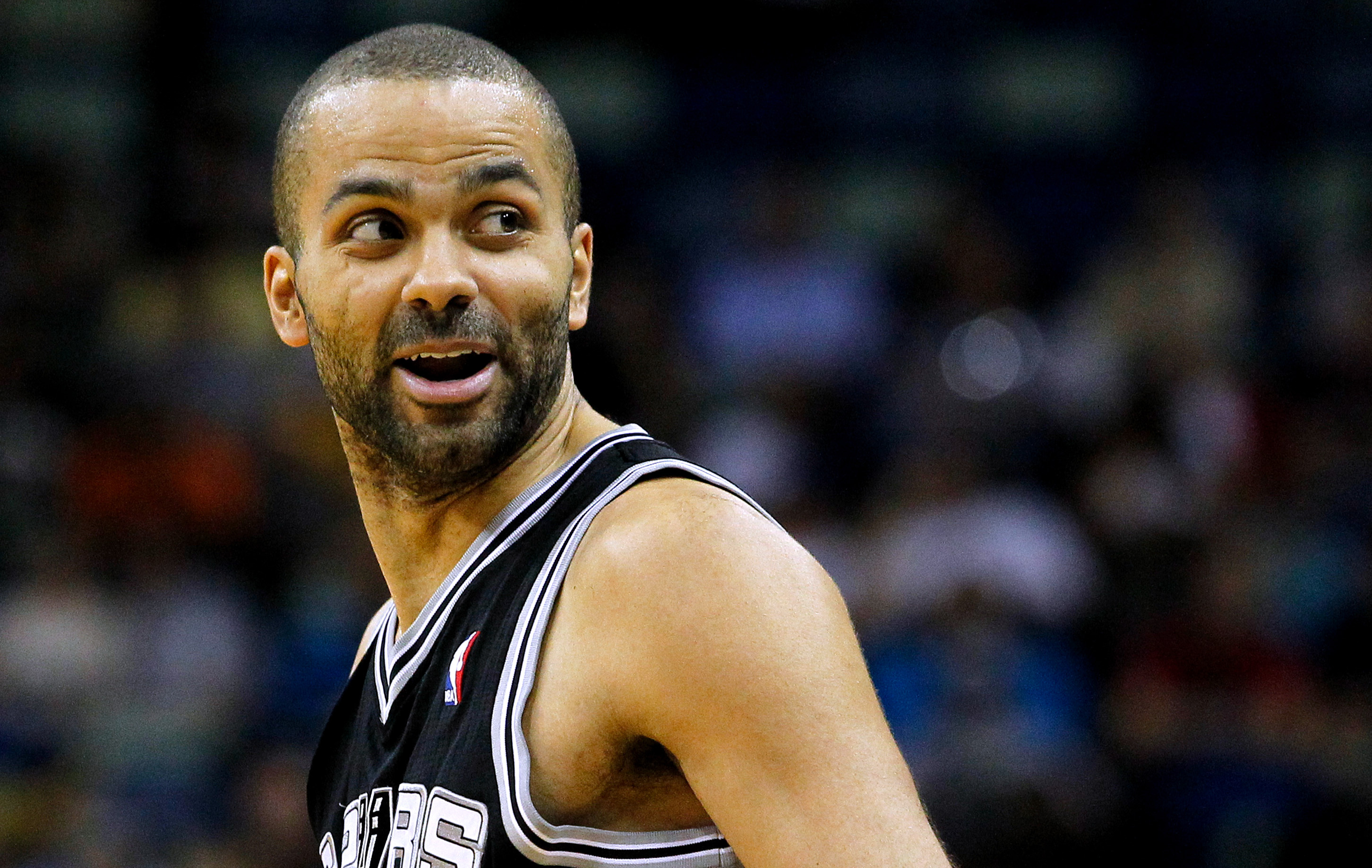 If you’re among the thousands of Pinoys who call basketball your religion, then you’re probably keeping 9 p.m. on Tuesday and Wednesday free as Gilas-Pilipinas takes part in the upcoming FIBA Olympic Qualifying Tournament—where 18 countries vie for the final three berths in the 2016 Summer Olympics in Rio de Janeiro, Brazil.

Manila is one of the three hosts of the tournament, alongside Belgrade, Serbia and Turin, Italy. All 18 teams are divided into three groups of six countries each. From there, each group has two brackets of three teams each. There’s a very complicated system that explains why countries are sorted the way they are. To make things simpler, it’s just important to note that FIBA makes sure that there is an equal distribution of teams based on skill level and geography. That means, no matter which bracket of the tournament you’re in, you face the same level of competition as everyone else.

That being said, it’s still pretty interesting since we’ll be hosting the tournament at the Mall of Asia Arena from July 5 to 10, so it helps to know who we’ll be expecting to join the fray (and the traffic) tomorrow. 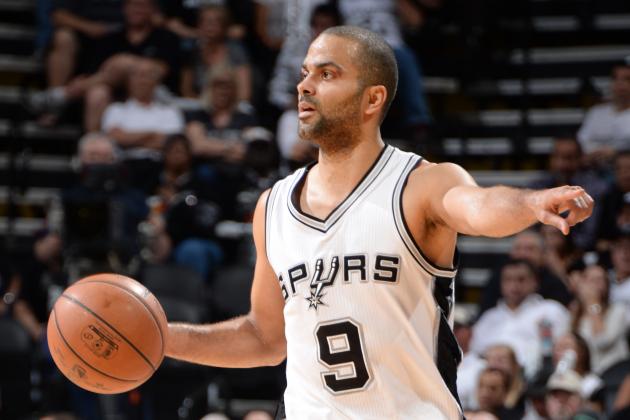 Why should we watch out for them: They’re the highest ranking team in the Manila bracket of the FIBA Olympic Qualifying Tournament. On top of that, they finished with the bronze medal at both the 2014 FIBA Basketball World Cup and Eurobasket 2015, the latter of which being the European Basketball Championship. Tony Parker’s declared that this is last hurrah with the French national team, whom he’s played for since he was a teenager; and as always, he’s leading a roster stacked with legitimate NBA talent.

Nic Batum has been one of the surprises for the Charlotte Hornets last season, playing at an All-Star level and parlaying that into a five-year, $120 million contract to remain in Charlotte. Boris Diaw was the original prototype for Draymond Green; and Parker’s going to keep doing Tony Parker things. They’re the clear frontrunner to advance out of the Manila bracket, and if that isn’t enough to make you go, “Sacre bleu!” I don’t know what is.

Why should we watch out for them: This is a team that calls themselves “12 Dev Adam”, which translates into 12 Giant Men. Welp. Seriously, though, their average height is 6’6, and their team is actually experiencing a period of resurgence since the start of the new millennium. They haven’t been to the Olympics since 1952, but they have finished with the silver medal at the 2010 FIBA Basketball World Cup.

They may no longer have Hedo Turkoglu on their roster, but good luck trying to shoot over the likes of Omer Asik and Semih Erden, two 7-footers who both have NBA experience under their belts. Look for their head coach, Ergin Ataman, to be the face of this team. This guy is one of the most successful Turkish coaches in European basketball, having won championships on different levels.

Let’s also keep an eye out on their starting point guard, Ali Muhammed (born Robert Lee Dixon), who’s got one of the funkier names in this tournament, especially when the roster is arranged last name first.

Why We Should Watch Out For Them: We get to see a traditional haka performance at the Mall of Asia Arena! No, seriously, this is something you need to see before you die.

The looks on Derrick Rose, James Harden, and Kenneth Faried’s faces were priceless. And, then they proceeded to wipe the floor with the All Blacks—a nickname the New Zealand national basketball team gets from its association with their national rugby team.

New Zealand is in this tournament after losing the two-game FIBA Oceania Championship last year to Australia. That tournament is an oddity in itself, since only Australia and New Zealand took part in it. So the way they do it is two games are played, with one taking place in each country. Should the teams split the series, they use the aggregate score of both games as a tiebreaker.

Guard Corey Webster was their leading scorer in last year’s Oceania Championship series, averaging 19 points per game. This guy can catch and shoot as well as he can take a shot off the dribble, and he’s got range, making him able to get hot from anywhere on the floor. Here are his highlights from the 2014 FIBA World Cup. You’re welcome.

And in case you were wondering, no, Oklahoma City Thunder big man Steven Adams will not with be the New Zealand national basketball team this week. He may or may not be nervously biting his nails right now over whether Kevin Durant will stay with the Thunder or not.

Tristan Thompson, from Canada (and the Cleveland Cavaliers). (Photo by Gregory Shamus/Getty Images)

Why We Should Watch Out For Them: Oh, Canada. It’s ironic that the game of basketball was invented by a Canadian, and yet Canada has never won an international tournament despite being a consistent finisher among the top ranks. Canada looks to make an impact in this tournament and secure their first Olympic berth since 2000 and they’re doing it under former Toronto Raptors head coach Jay Triano at the helm. Plus, their general manager is only the greatest Canadian player of all-time in Steve Nash.

Over the last decade, more and more NBA players are coming from the North and are suiting up for their national team. The focus will be on Tristan Thompson, who bruised his way to offensive rebounds, second-chance points, and an NBA Championship with the Cleveland Cavaliers last month. Cory Joseph has been a revelation this year as the backup point guard for the Toronto Raptors, and he may leave his mark as the starting point guard for his national team.

Why We Should Watch Out For Them: You may recall Senegal being the only opponent that Gilas-Pilipinas actually got to beat during our run in the 2014 FIBA World Championships, and it took overtime for us to get that W.

That suspenseful game gave us a taste of the sheer athleticism and length that led the Senegalese national team to consistent top five finishes in the FIBA African Championships since 2011. Their weakness is similar to ours: being dependent, to a fault, on elite centers with NBA backgrounds to carry their team. We’ve seen that over the years as they relied on DeSagana Diop and Gorgui Dieng in the past.

Dieng won’t be suiting up for Senegal this year, so they’ll be led by veteran forward Maleye N’Doye, while looking to Antoine Mendy for their scoring punch.

Gilas-Pilipinas is facing a tough bracket, particularly France, Turkey, and Canada as the toughest roadblocks on the way to Rio. Win or lose, this will be a great experience for both our players and our fans to be exposed to top-level international basketball. Plus, it will also be a good opportunity for the SBP to experiment with a mix of young and veteran players. If we don’t make it to Rio, then let the FIBA Olympic Qualifying Tournament be a good training ground for Tokyo in 2020.