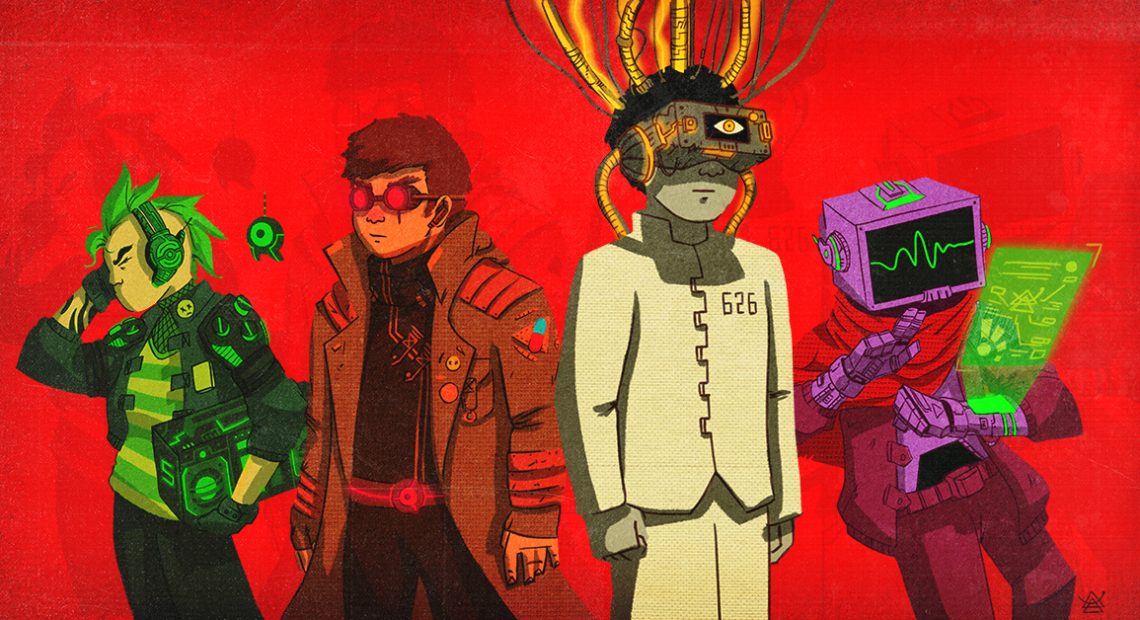 2019 to sci-fi writers sounds like an absurd number of years. This mindset made some fictionist go off, molding their depiction of the future as they see fit.

Turns out that their version is far from The Jetsons’ kind.

Blade Runner (1982), The Running Man (1987), and Akira (1988) are some of the few titles that explored 2019 in celluloid. Dystopian book titles like Hiro Arikawa’s Library War takes place in this year. Same with My Chemical Romance’s final album Danger Days: The True Lives of The Fabulous Killjoys.

They see 2019 as a time where we’ve taken huge leaps in technology, while our socio-political views regresses. These sci-fi titles sees our present as beautiful yet bleak. But how close is fiction to the truth?

By dissecting science fiction’s predicted fashion trends to socio-political standpoints, we’ll gauge what this year might have in store for us. Let’s just say…2019 is going to be interesting. 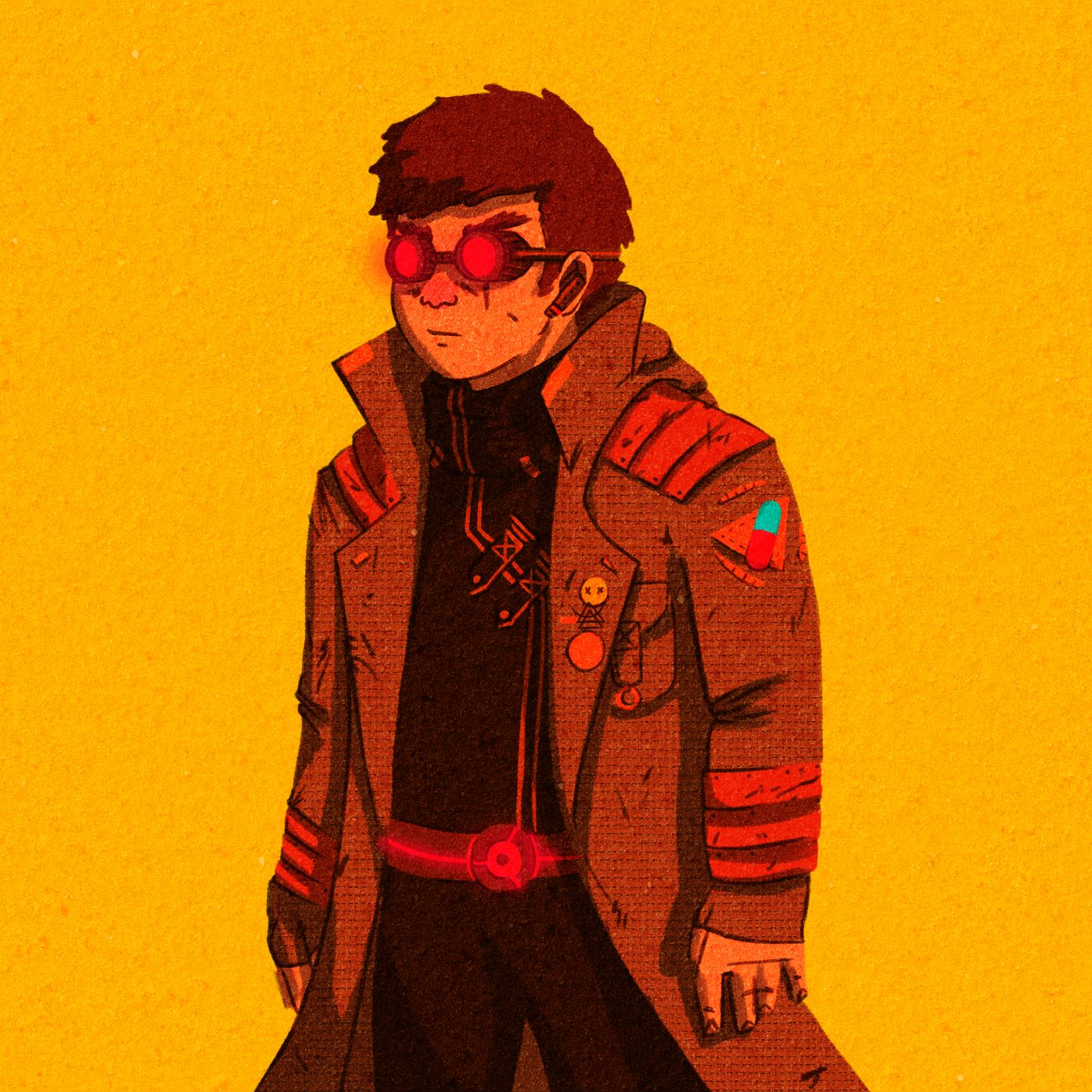 In fashion: We’re all fashionable as hell

2019 in sci-fi stands for technological industrialization. The cites are drenched in the warm glow of LED screens. Our hopes are no longer entangled in red strings, it has been replaced by red copper wires. Smog covers our skies. Everything is artificial.

But damn, we turned the fuck up for the future! Say goodbye to track pants and baggy hoodies. 2019 is all about leather, plastic, and outrageous digital fashion choices. We are here for it.

Our hopes are no longer entangled in red strings, it has been replaced by red copper wires. Smog covers our skies. Everything is artificial.

The Capsules’ bomber jacket in Akira? An iconic piece to die for. The entire wardrobe of Blade Runner isn’t bad either. From Zhoar’s simple yet chic transparent coat to Prius’ look that embodies cyberpunk to a tee, 2019 sci-fi fashion didn’t come to play. It came to slay us with laser guns and sharp looks.

Are we there yet?
Vogue, Refinery29, and Independent UK embraced plastic fashion in late 2017. It ranges from Givenchy’s transparent plastic clutches to Chanel’s entire SS18 RTW collection. As for Akira’s iconic bombers, Supreme took a stab at the Japanese anime’s style in their 2017 collab.

Here’s in the Philippines, AOIGIRI’s techwear gives us a cyberpunk chic fantasy. Their latest collection features militarized half-zip pieces and neoprene leggings. Perfect for any replicant bounty hunter or future motorcycle gang member on the go. 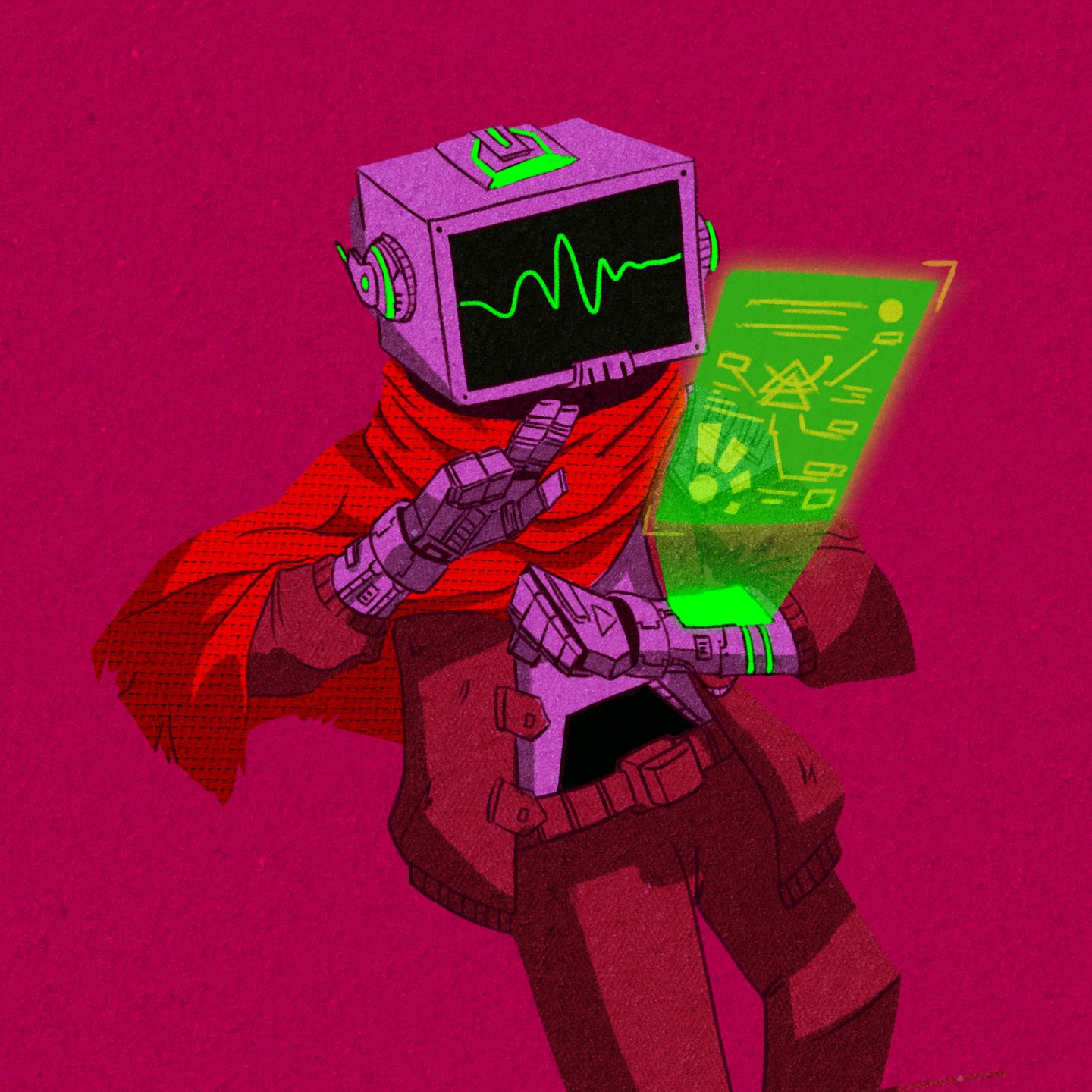 In Technology: Frolicking at The Uncanny Valley

Do androids dream of electric sheep? We still don’t know for sure, but they’re sci-fi’s most favorite subject. Through Asimov’s Three Laws of Robotics, we see robots as an advanced computer, a technological feat. Never an emotional being.

But in fictional 2019, androids are sentient beings. Blade Runner’s plot solely relies on the existence of androids called replicants, which are treated as second-rate citizens. My Chemical Romance’s album Danger Days tackles robotics in the same manner. Both titles explore the ethical and moral dilemma of robots through storytelling.

Are we there yet?
There’s no doubt that android technology reached a high feat recently. But boy, the way to success is getting hella creepy.

The Uncanny Valley is the unsettling feeling we get seeing human-like robots. Last 2018, we’ve been threading that valley with latest scientific marvels. Take Sophia the Robot for instance. Not only is she eerie as hell, but she also threatened to destroy humans during SXSW last year.

We’re far from having replicants, yet so near to the possibility of its conception. Don’t know how to feel about android slavery though. 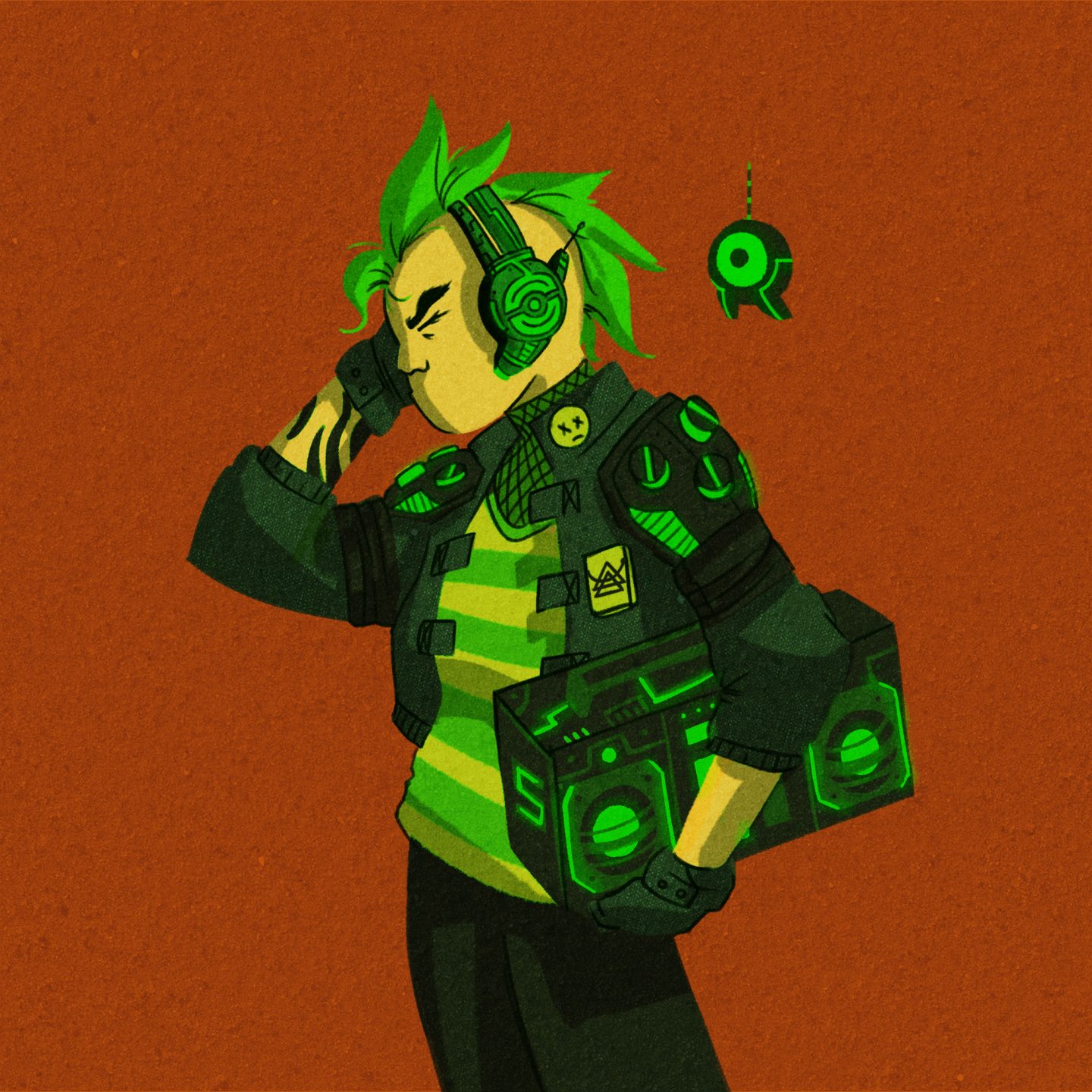 In music: Slaughtermatic sounds are the future

Genre dies in 2019. As it is in Danger Days, music’s future is a melting pot of sounds where musicians can make genre hybrids of fuzzy punk with laser effects if they want. Musicians will rebel to the contriction of genres.

For the blueprint of 2019’s sound, we’ll refer to My Chemical Romance’s Danger Days album. Lead singer Gerard Way describes the album’s mythos to The Quietus as ”a struggle of art vs. commerce and filth vs. corporate clean up, and freedom being a dangerous chaotic thing that’s very hard to achieve, versus a kind of utopian situation.”

To translate their mythos into soundwaves, Danger Days wasn’t committal to one genre.“Queen, Green Day, Black Flag, Nirvana, Smashing Pumpkins, The Cure… even Bon bloody Jovi. All classic influences, all bleeding together in an album that does that rare thing: combining the past to create something new,” BBC Music’s review of the album dictates.

Are we there yet?
Categorizing every sound in genres is getting more difficult. After all, innovation in today’s music is the new constant.

The song remains the same, but everything is a remix. Hip-hop tracks today isn’t purely hip-hop as proven by Kendrick Lamar, Tyler the Creator, Childish Gambino, and more of their contemporaries. Alt-rock isn’t limited to the simple set up of bass, guitar, drums, and vocals either. Music today has evolved in a more collaborative and imaginative space through technology. 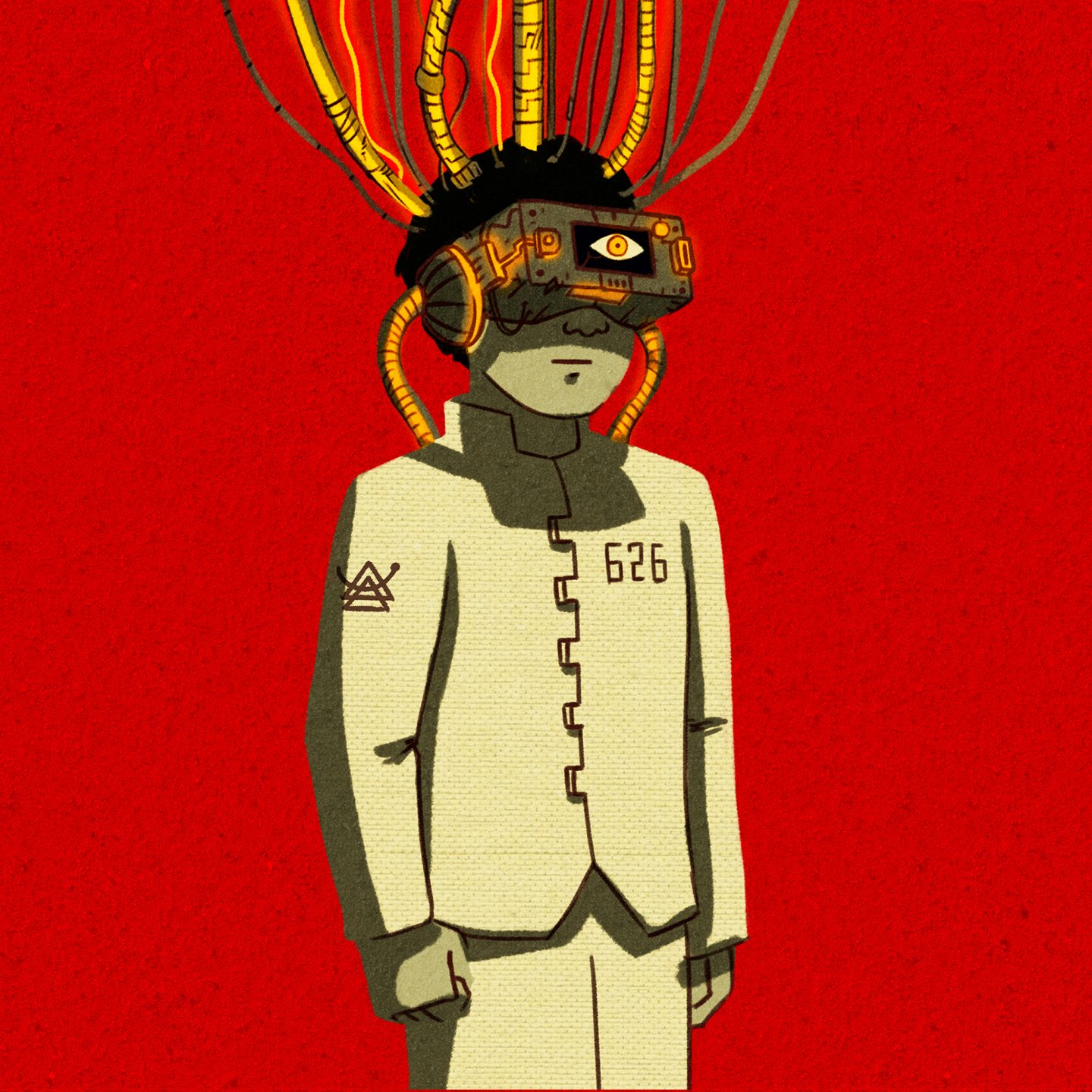 In Politics: All Hail, Big Brother!

Entering 2019 in sci-fi means entering the darkest timeline of humanity. Instead of brute wars, we embrace pure discord of government vs. society.

Library War, Akira, and My Chemical Romance’s Danger Days tackle the destruction of public peace and privacy. Blade Runner and The Running Man focuses on what our ethos will be during the Golden Age of Technology. The Running Man shows an Orwellian nightmare where reality shows unjustly dictate the middle and lower class’ mortality, while Blade Runner questions humanity’s moral maturity in the face of the digital revolution.

Are we there yet? 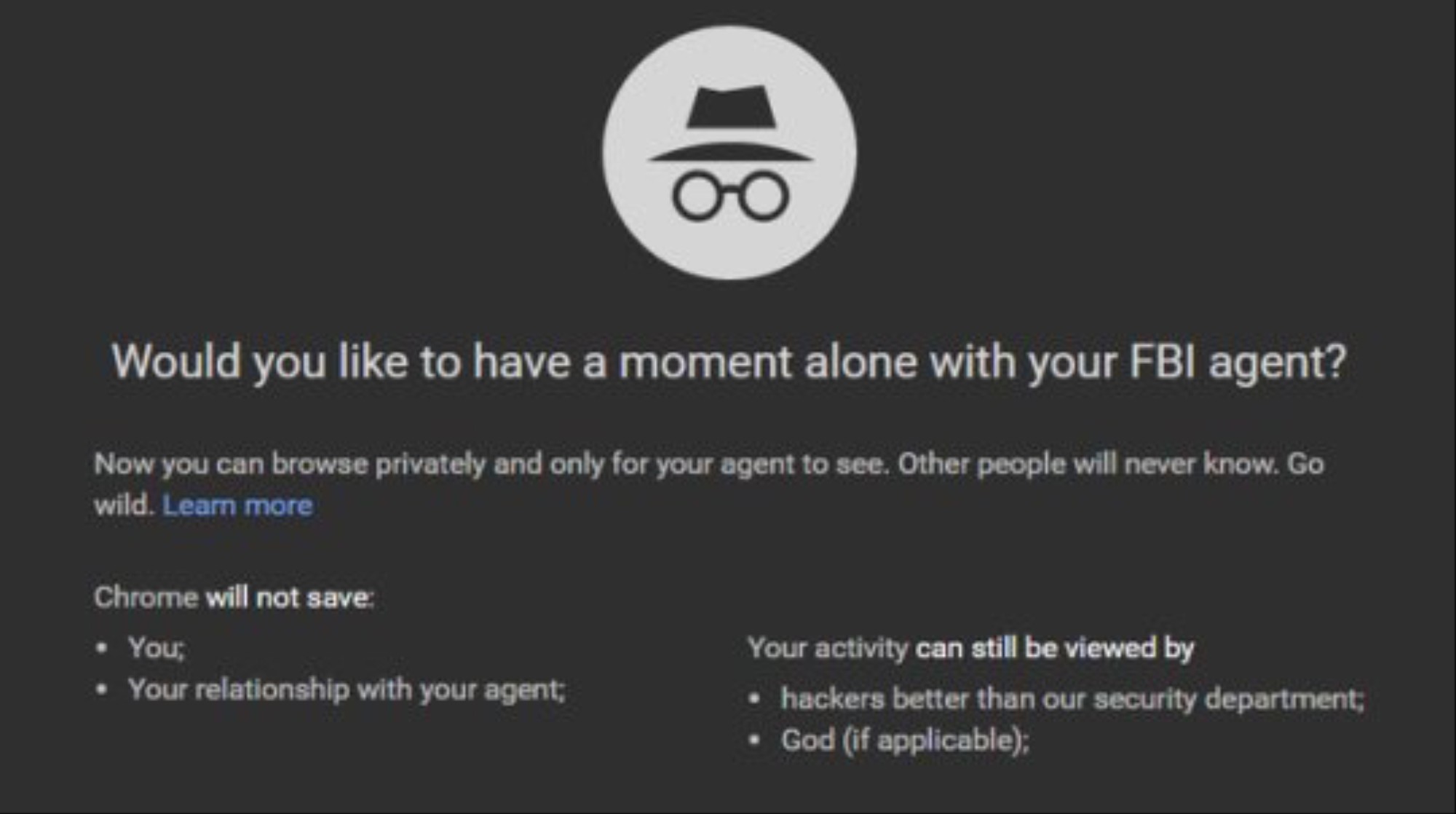 We are halfway there. Androids might not be humanity’s best friend just yet, but dictatorial and fascist leaders are ruling various powerful nations. America has Trump while we have Duterte. Mainland China, on the other hand, made Black Mirror’s social point system a reality last year.

The concept of privacy is also dead. As the subhead of VICE’s article on surveillance memes reads: “Surveillance memes are everywhere because it feels like surveillance is everywhere.” Take this report from The New Yorker last year for instance. They reported Amazon’s Alexa recording a conversation that was “accidentally” sent as an audio file to one of the user’s employees.

“The government can obtain information with minimal judicial oversight,” the writer of The New Yorker piece emphasizes. And with city streets flooded with CCTV, dash cams, and other monitoring devices—big brother has his eye on us.

The sad part is we are getting used to it every minute.

SHAREHere’s a shocker: The “Friends” reunion is actually a go (no, really, it...