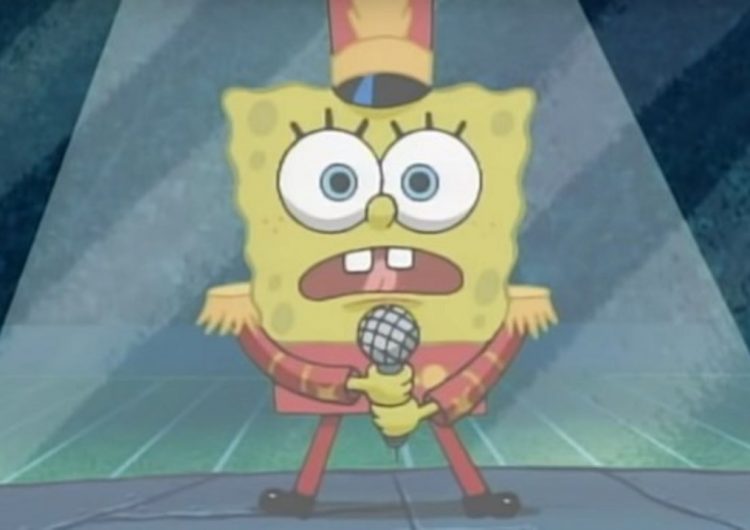 I haven’t followed any sport in quite some time. I know nothing about football. I know nothing about the National Football League, the New England Patriots, and the Los Angeles Rams. What I do know about the Super Bowl, which aired its 53rd iteration earlier this morning Philippine time, is that it is the biggest sporting event in terms of ads. Aside from the fact that its namesake subreddit is dedicated to owl lovers and “superb owls,” the time of the Super Bowl is the time of two things: expensive, well-crafted Super Bowl ads, and the Super Bowl halftime show.

Stephen Hillenburg died last November 2018 from ALS. He is credited as the creator of SpongeBob SquarePants, which aired an episode called “Band Geeks,” where SpongeBob and the gang perform a halftime show for the “Bubble Bowl” using the song “Sweet Victory.” It is known as the greatest “SpongeBob” episode of all time, and rightly so, simply because it has everything: amazing animation, a kickass song, and Squidward—the sometimes pretentious, mostly cynical, and almost always sad anthromorphic octopus—claims victory against a rival.

While fans rallied for “Sweet Victory” to be performed in the real-life “Bubble Bowl” equivalent for years, Hillenburg’s passing drew fans together to finally catch the NFL and the announced performers’ attention. More than a million people signed the petition on Change.org.

32 seconds in a promotional video last January, Maroon 5 confirmed hopes of this promise coming to life.

But what we got was literally the worst:

They did us wrong. It’s more ass than when sponge bob ripped his pants from r/BikiniBottomTwitter

Frames of the scene, punctuated by Travis Scott’s Autotuned adlib, eventually drowned out by the transition to “Sicko Mode.” What a load of barnacles. This is the only reason why I would watch a godforsaken football game and this is what I get. I should have known better than to trust that the performance would be more than a cash cow. To the producers of the halftime show, you missed out big time. “SpongeBob” fans know.

To quote Squidward: “Well, you did it. You took my one chance of happiness, and crushed it. Crushed it into little, tiny, bite-size pieces. I really had expected better of you. I guess I’m a LOSER for that too. DON’T bother showing up tomorrow. I’ll just tell them you all DIED in a marching accident. So, thanks. Thanks for nothing.”

Fujifilm XT20 - Look at this photo from Laneway Festival. Look at all...

SHAREWomen like Inka Magnaye are the reasons why I’m a bisexual disaster. During...

SHARETo those who want to view their DMs as a bigger picture, or...