Antoinette Jadaone’s Alone/Together is the talk of the town since last week. After only four days, the film earned over P100 million. Now on its second week, the film featuring Liza Soberano and Enrique Gil continues to draw attention and good reviews. But it looks like Antoinette isn’t taking a break this year.

Read more: 6 Filipino films to watch if you enjoyed “Alone/Together”

And guess what? Here’s your chance to be the director’s next muse. Last night, Epicmedia just announced a casting call on their Facebook page for their latest venture Fan Girl. Hmmmm. But I don’t have acting experience, you might think. Well, they are really looking for someone with little to no acting experience. In addition to that, they want someone who’s shy yet passionate, innocent yet curious, and simple yet “may dating.” If you’re all that and you’re 19 to 22 years old, you might just be the girl (as Justin Theroux had to say in Mulholland Drive).

Since we’ve been introduced to Antoinette, she has been exploring female characters in most of her films. In one of her early works Six Degree of Separation from Lilia Cuntapay, she presented the life of the late actress in a mockumentary format. In 2014, she tackled beauty standards in the comedy Beauty in a Bottle. Then, we further knew her sensibilities when creating female characters in That Thing Called Tadhana, Love You to the Stars and Back, Never Not Love You, and Alone/Together. And even if we don’t know anything yet about this project, we believe that this will be another exciting character. I’m thinking of someone like Nora Aunor in Lino Brocka’s Bona, but let’s see. 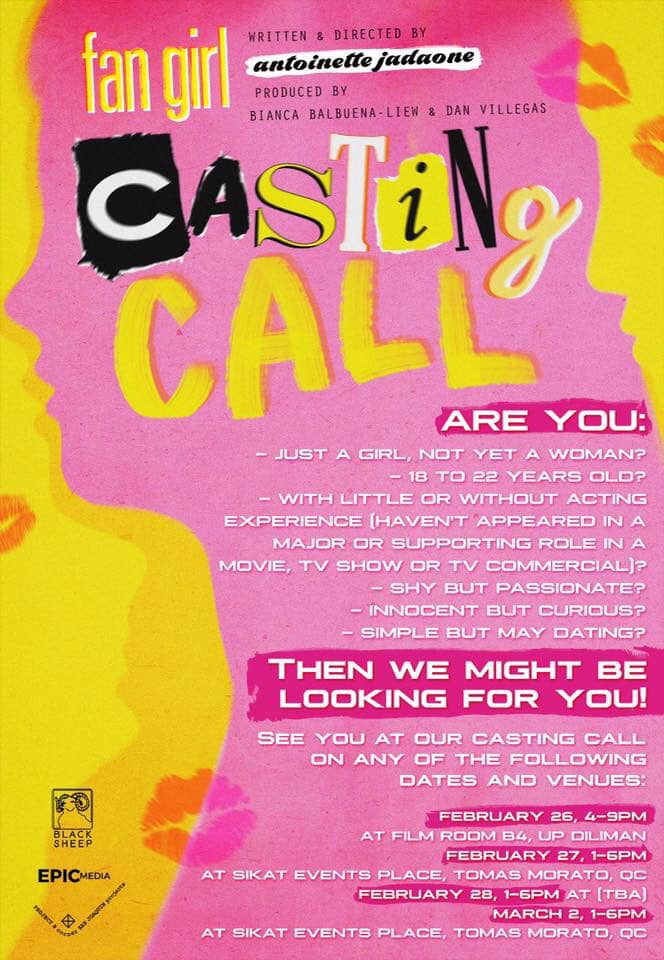 Need inspiration for that audition? Well, just come back to the young and beautiful you.

Wikipedia *does* have a purpose