We all had silly-slash-unrealistic childhood dreams—and more often than not, they’re based on the TV shows and cartoons we consume. Some wanted to visit Bikini Bottom just to annoy the hell out of Squidward (me as a kid, TBH) while others fantasized about becoming a Disney princess and meeting their knight in shining armor. So, in some way, it’s valid to say that we’re trained by the characters we watch growing up. They help build our personalities, shape our beliefs, and influence our opinions on many things—including pressing social issues.

This is precisely why it’s comforting to see children-focused channels such as Disney step up their games and get more audacious in terms of themes and storylines. When done right, they can create a generation that’s less subject to prejudice and discrimination.

A show representing indigenous teenagers? “Moana.” Main characters of color? Ariel in “The Little Mermaid” and the entire Madrigal family in “Encanto.” Actual queer representation? Well, we’ve waited years with bated breath for this… and finally, there’s one: “The Owl House” created by showrunner Dana Terrace. (Before y’all come at us, we don’t count those shows or films that treated queer couples as mere accessories to the plot and gave them less than five seconds of exposure. We’re looking at you, “Finding Dory.”)

If “The Owl House” doesn’t ring any bells, though, here’s a quick intro: It’s an animated fantasy series that follows the story of Luz Noceda, a Dominican-American teenager who encounters a portal to a mystical world where she pursues her dream of becoming a witch. It features a multidimensional protagonist who eventually commits to a queer relationship (and non-binary characters).

Want to know something even more interesting? University of the Philippines alumna Mikki Crisostomo was one of “The Owl House” writers—and she played a part in materializing the first-ever same-sex kiss in Disney history. In an exclusive chat with Scout, Mikki shared the inspiration behind the show: “In the pilot episode, Eda (Luz’s witch friend) says ‘Us weirdos have to stick together,’ and it’s a theme that the team had stuck by through all three seasons. The animation industry is full of people who were once that weird, quiet kid who just liked to doodle or write at the back of the classroom, so we all felt this theme deep in our bones.”

The Disney writer also revealed that involving their protagonist in a queer relationship wasn’t an overnight decision. “We knew from day one that Luz and Amity were going to be a thing. And it was wonderful to see the audiences embrace Lumity (their ship name) and feel seen for the first time. It really exemplified to me the fact that cartoons aren’t just kids’ stuff; they can really make a difference in people’s lives, no matter what age,” she said. 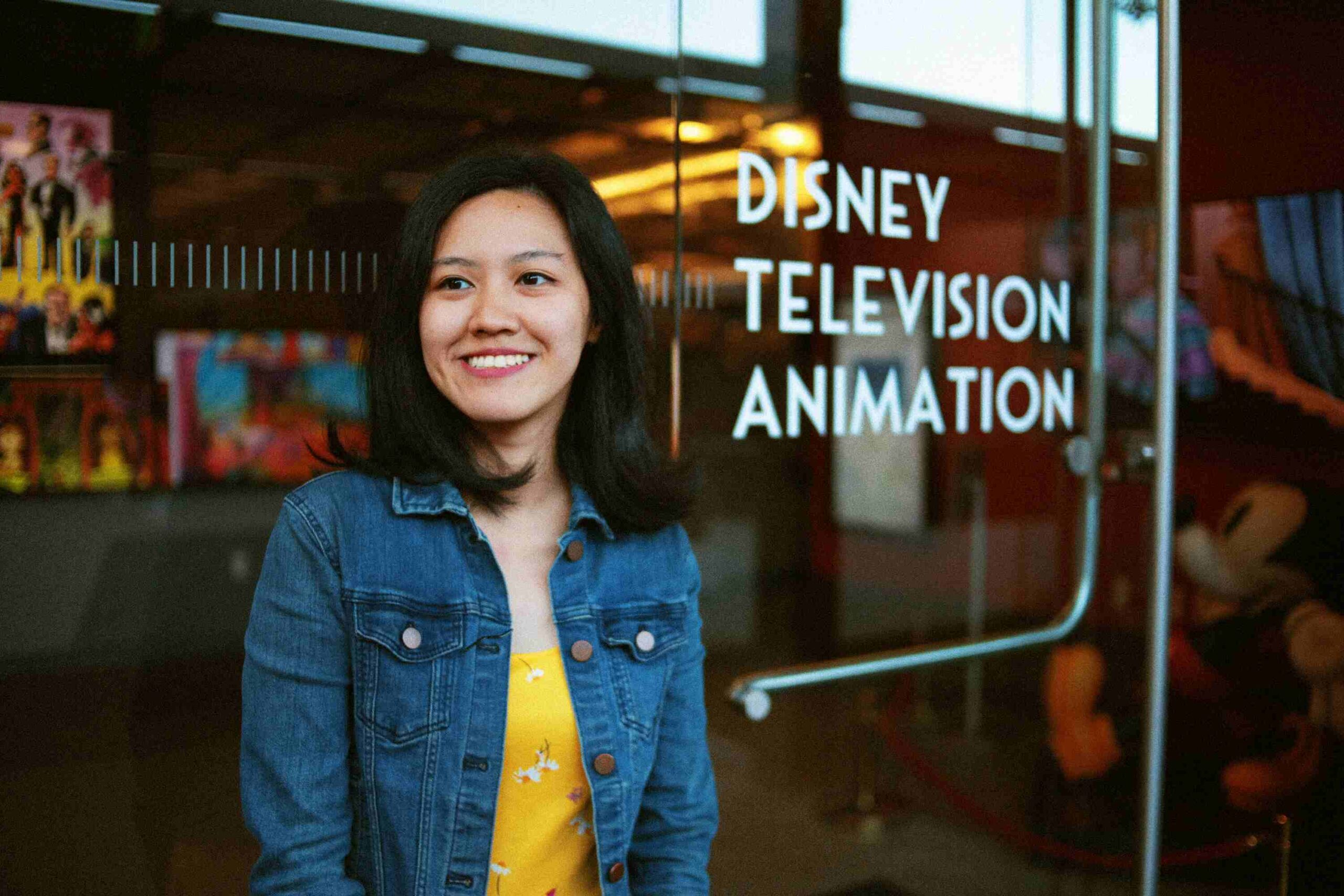 But how exactly did Mikki end up writing for TV? Despite being born into a family of lawyers, her parents had always encouraged her to read books. “I’ve always wanted to be a writer, but I always thought I’d be the novel-writing kind. Growing up, I consumed books like it was a full-time job. It was only when I first saw ‘Amelie’ that I realized that people actually wrote the incredible movies and shows I saw on TV.”

“What I love about writing for TV is that it’s a medium where character really shines. When you’re watching a character grow over an entire season of a show, it becomes impossible not to become invested in their journey. I want to write characters that people care about, and TV’s the perfect place for it,” she added.

Here’s a deeper dive into the world of Mikki.

Tell us a bit about the first-ever piece you’ve written. How old were you when you wrote it?

When I was in grade school, I wrote a really dumb comic about a measles monster from Mars. I shared it with my classmates in the school cafeteria, and even though it was largely plotless and just consisted of me drawing the ugliest monster I could on a ratty folded cuartilla paper, for a brief shining moment, it was a hit. I was hooked.

How did your Disney journey start?

A classmate from Columbia University moved to Los Angeles and met Jay Francis, the then-Disney Television Animation’s (DTVA) vice president of content and inclusion. He told her she was looking for writers of color who were interested in animation. Seeing as I was both of those things, I thought I’d shoot my shot, so I sent him my writing samples—which is something I wouldn’t recommend for most execs unless the person is specifically asking for them like he was.

To my surprise, he actually read them and wrote me back, saying there was a show that needed a writer and he thought I’d be a great fit for them. It was “The Owl House.” They sent me a writer’s test, then invited me for an interview, which actually I thought I bombed.

But I must have said something right because a few months later, I got an email that changed my life and began my writing career with a fun witchy adventure. Since finishing “The Owl House,” I’ve been developing my own projects with DTVA while writing an upcoming show called “Primos,” which is going to be a really excellent show. Pinky promise.

What are your favorite Disney (or non-Disney) shows? How did they affect your view of the world?

“Over the Garden Wall” and “Pushing Daisies” are two of my favorite shows. They’re both dark in a whimsical way. I guess that’s kind of my vibe. For the most part, the world is dark and terrible, but you can find the humor and wonder in it all the same. 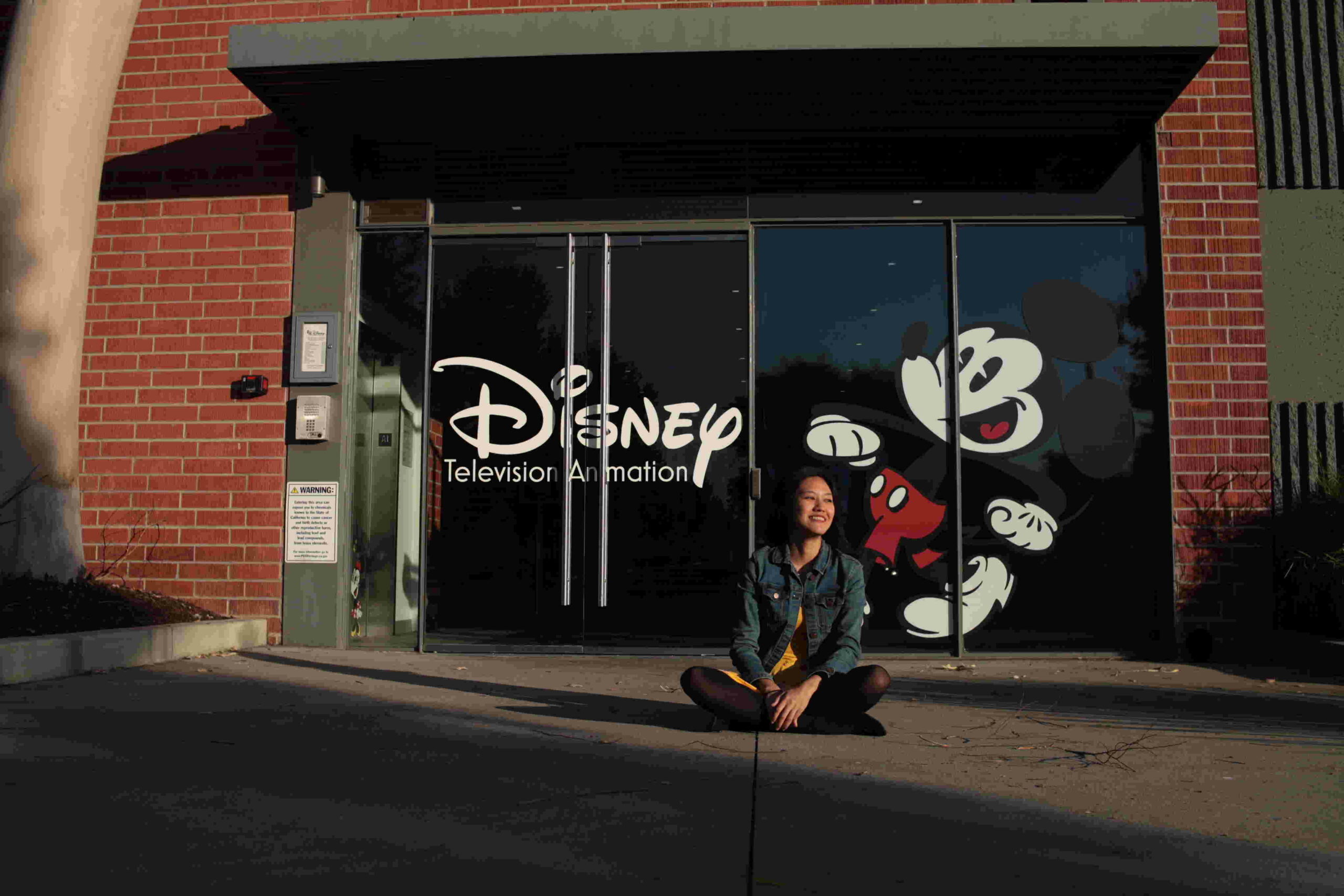 Describe your typical day at work.

Every day tends to depend on what I’m working on. We’ve settled into a great hybrid work week where two days of the week are writing days and three days are writer’s room days (which are usually in-person and always very fun). The best day of the week is when we see our showrunner pitch a fully storyboarded episode, watch an animatic, and do a table read, because we get to see our scripts come to life with the rest of the crew. On top of that, I’ve also got weekly development project meetings and writing sessions, so it’s often a huge relief to get to relax on the weekends. (Although sometimes the writing bleeds into those as well.)

Do you have any personal work you can share with us? Something that you never plan on releasing but you’re proud of.

One of my favorite scripts that I’ve written is a workplace comedy TV show that takes place in Manila’s criminal underbelly. Definitely not a Disney kind of show, because at one point someone kicks someone else’s ribs through their chest—but incidentally, it’s the script sample I sent that got me hired. It just goes to show that you’ll never really know what moves the needle in Hollywood, so have fun writing what you want to write.

Let’s talk about “The Owl House.” What is your favorite episode from the show and why?

I have a special place in my heart for “Echoes of the Past.” It was my very first writing credit and a pretty hefty responsibility to handle. This was the first time we explored King’s (Eda’s sidekick) backstory, and it was also Lilith’s (first season’s antagonist) first big adventure with “The Owl House” crew. The episode had jokes, fears, fights, and tears—and it was the first time I felt that maybe I was cut out for this writing gig after all.

Did you write any significant scene that didn’t make it to the cut, but you wish did?

Oh, I wrote a whole episode that took place on a Boiling Isles train, but sadly, it never saw the light of day. It was a fun Amity-centric episode, but ultimately it didn’t serve the overarching story we were trying to tell. There are a lot of fun bones in “The Owl House” writing graveyard, let me tell ya.

Among all of the characters you’ve written, who did you enjoy writing the most?

I loved writing Lilith the most because despite her initial introduction in season one as an antagonist, she’s a nerdy little dweeb at heart with more book smarts than street smarts. And honestly? Same. It was so much fun to explore the non-villainous side of her personality and the newfound chemistry she had with Hooty.

If there’s a piece of advice you wish your younger self received, what would it be and why?

Speak up. I was always terribly shy and to this day, I still go through a lot of social anxiety and self-doubt. But in a writer’s room, you have to learn to silence that inner voice that tells you all these terrible, discouraging things about yourself, because sometimes your ideas are exactly what the show needs. It’d be tragic not to fight for them.

What’s the most important lesson you’ve learned along your writing journey?

My favorite thing I learned was the concept of a “vomit draft.” A blank page can be an utterly intimidating thing when you’re starting to write a script, especially if you spend all your time focusing on finding the perfect words. But if you just let go of perfection and embrace the fact that this first draft is [going to] be pure hot garbage, it’s actually kind of liberating. Once you’re done, you’ll have something you can edit and improve, which I [think] is always an easier process.

Ja Turla’s protest art starts with a thread, a needle, and fabric as...