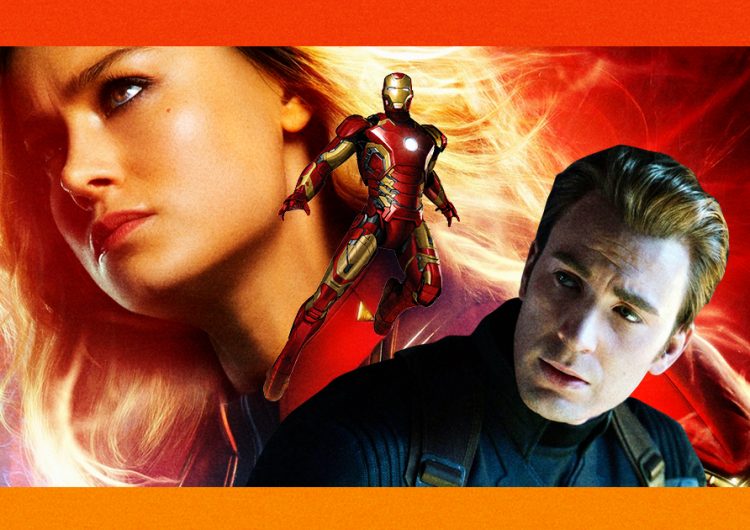 It’s been more than a week since Avengers: Endgame was released in the Philippine theaters, but the number of people flocking both cinemas and social media still hold the same. A variety of reactions continue to pile up and up and up, spoiler-free or not.

There are many things we can learn from the past 22 films of the Marvel Cinematic Universe. Let alone in Avengers: Endgame. Sitting still for three hours was enough to re-validate the thought that there’s so much human in these superheroes, and these superheroes are also great in being humans themselves.

Read also: What “Captain Marvel” teaches us about female rage

In a period where we’re deep in troubled waters, the attributes of a real leader is in question. But hey, maybe we can take some notes from the Avengers. Luckily, aside from sending us shriek fests and some buckets of tears, the Avengers can be good educators on what it means to lead a pack and lead their own selves effectively, and with justice. After all the battles they won and lost, they proved to be resilient.

Here are a few quotes from the film—speaker hidden to prevent spoilers—that inspire leadership.

“The true measure of a hero is how well they succeeded in who they are.”

The star status of a hero or a leader can get insanely vast, it’s a skill to not lose yourself in the process. Distractions come aplenty, and the real test comes when you’re pressured to change your perspective so easily when the going gets tough. When a leader manages to stick to their word and walk their talk despite obstacles (or risks: losing friends, losing popularity, and more), that’s where the hero truly wins. If what deemed as a successful battle takes away the identity of the leader, then the win’s not worth the change. There’s no sweeter victory than still having yourself—and your genuine believers—on board ’til the end. The Avengers team has always taught us to value honor in both wins and losses.

Corrosive is a word commonly used in science. A corrosive substance is said to damage or destroy other substances when it creates contact or chemical reaction. With tons of communication channels built every day, it’s no surprise to meet disagreements with other people, especially in difficult situations, when you’re a leader. While it’s brave to admit that you don’t nod in sync with someone, it’s braver to admit that you’re ready to set aside any leftover anger to continue the fight, especially if forgiveness is sought. Anything unresolved is poison, and can damage the battle’s blueprint. Teamwork has been a vital puzzle piece in every conquest of the Avengers, that aside from knowing what they’ll do individually, they also don’t forget to keep an eye on each other.

“If I move on, what happens to this?”

Knowing your role in a task isn’t a self-conceited venture, especially if you don’t invalidate the strengths of others in your team. It’s more of acknowledging your responsibility. The biggest sacrifice a leader can make is to stay in a fight even when there is an option to escape. One of the reasons why the Avengers have thrived in their paths is how prepared they are to give their whole selves—not only a part—to the battle. Not because it’s cool or they need a medal, but because they know that one person’s sacrifice equates to the greater good of many. A leader doesn’t retreat without a proper goodbye, too.

Read also: It’s official! Loki and our MCU faves are getting a new series

“I don’t judge people in their worst mistakes.”

A superhero isn’t molded to be perfect—this is the image the Avengers have been trying to paint for us. They don’t live in far-off paradises, let slaves fan for them, wear oversized jewelry, and swim in a tub of money. Leaders are human beings first and foremost.  They also get tired, discouraged, confused, and even depressed after a loss, mainly because they know how—just like ordinary humans do—it feels to not meet expectations. The members of the Avengers, despite their occasional eyebrow-lifts and short-lived annoyances with each other, have proved to work harmoniously as they respect the human side of each one in the team. The Avengers being this humane is the reason why it’s easy for us to love them too.

“This is the fight of our lives. And we’re going to win. Whatever it takes.”

What is the ultimate Avengers mindset? Fight like it’s the last. An opportunity missed is an opportunity lost forever, so while it is okay to take a break, the most important thing is to stay in your zone, rise up again, and drop everything now. And that never-giving-up spirit actually works, doesn’t it?

SHARELet’s start our Sunday with something bittersweet and melancholic. How about Unique’s “Sino” music...

SHAREIt’s Christmas once again and images of baby Jesus are everywhere. The infant...