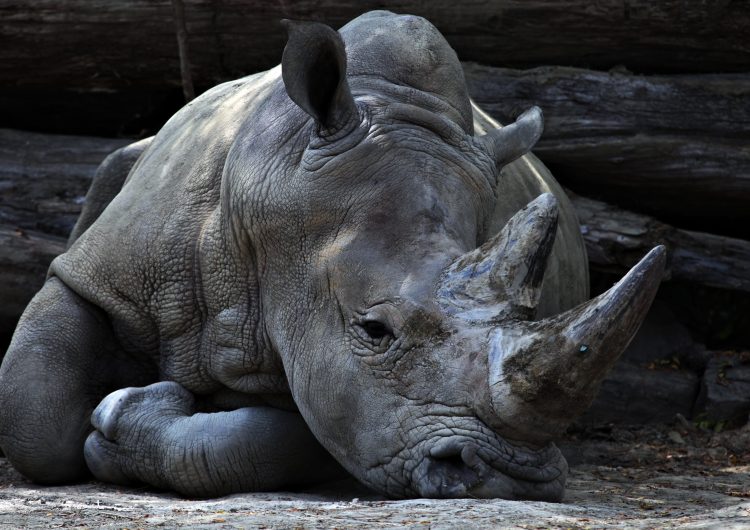 Last Monday, the Borneo Rhino Alliance announced the passing of Tam, Malaysia’s last male Sumatran rhino. Time to wake up, humanity. This is just the start of the million species we’re already driving into extinction.

The wildlife conservation group now only keeps one other Sumatran rhino, a female named Iman, under their care. Sadly, efforts to breed Iman with Tam were unsuccessful before his passing.

This is a huge blow to the Sumatran rhino species, which is marked critically endangered by the International Union for Conservation of Nature with a population of less than 80 in the wild. Add to that the fact that there are only five species of rhinos in the world, this is as good a time as any to sound the alarms.

The Sumatran rhino’s closest known relative is the woolly rhino, which went extinct thousands of years ago. “The Sumatran rhino is one of the most evolutionarily distinct mammals on the planet,” says Jonathan Baillie, vice president and chief scientist at the National Geographic Society. The species is also the only Asian rhino to have two horns and hair.

The miniscule population is all thanks to decades of poaching and habitat loss caused by man. Disappointing, but not surprising. “With logging, with roads for development, the patches of forest available are shrinking. Frankly it’s hard for them to find each other to mate and breed successfully,” says Cathy Dean, CEO of Save The Rhino International. “Sumatran rhinos have really suffered from the fragmentation of their habitat.”

Is there still a chance to save the species? Yes, thankfully. Efforts are now going into locating and gathering as many wild Sumatran rhinos as possible to conduct a captive breeding program.

For now, we’ll leave you with the good news that the first wild rhino, a female named Pahu, has been safely captured and transferred to a breeding facility in Kelian.

Following his death, Tam’s body will be immortalized through taxidermy. Will this be the only way we’ll ever see a Sumatran rhino after a few decades? To keep this from happening, we can help the good people of the Sumatran Rhino Rescue initiative revive the species.

Photo by Ashes Sitoula on Unsplash

I spy a film I’ve been searching for >6 months

SHARESo I’ve been following this bot a day after it was conceived, as...