Cinemalaya season is coming soon, y’all! We’re all excited for fresh films from the independent circuit. But apart from that, we’re also excited to reminisce at the Cultural Center of the Philippines’ arthouse cinema. They will be screening 10 Cinemalaya films on June 13, 15, and 27 for free. So yeah, being broke is not an excuse to immerse yourself in Philippine cinema, and celebrate its 100th year.

Watch Cinemalaya films like Bwakaw, Transit, Endo, along with the classic Bayaning Third World and more. Drop by the Tanghalang Manuel Conde at CCP. The seats are available on a first-come, first served basis. So, go there early!

Peep at the schedule below and catch up some good, maybe poignant indie films. 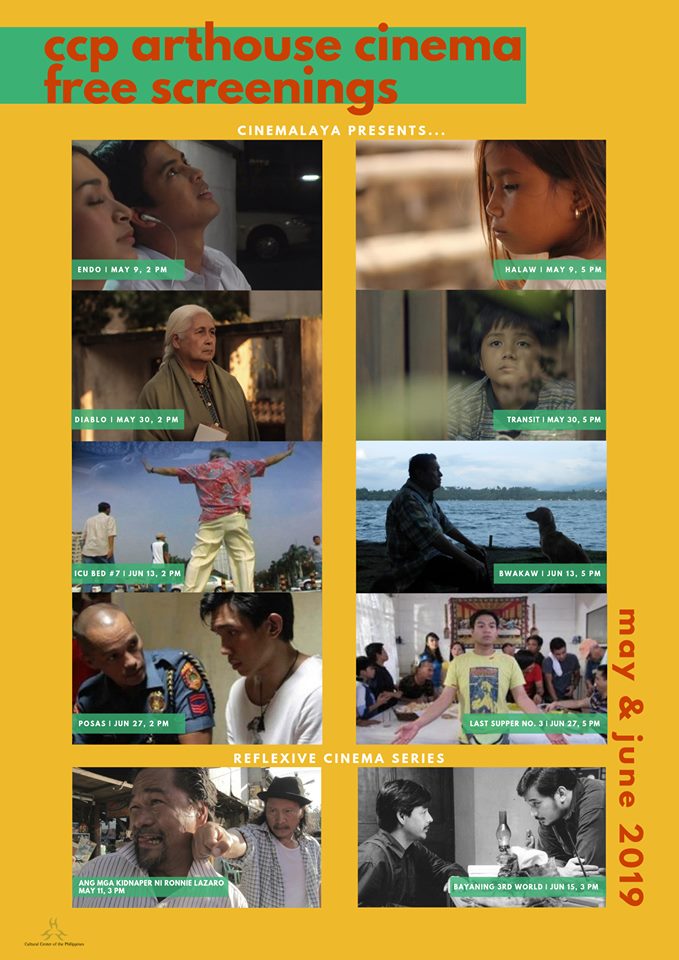 If you miss people (and making art with people)