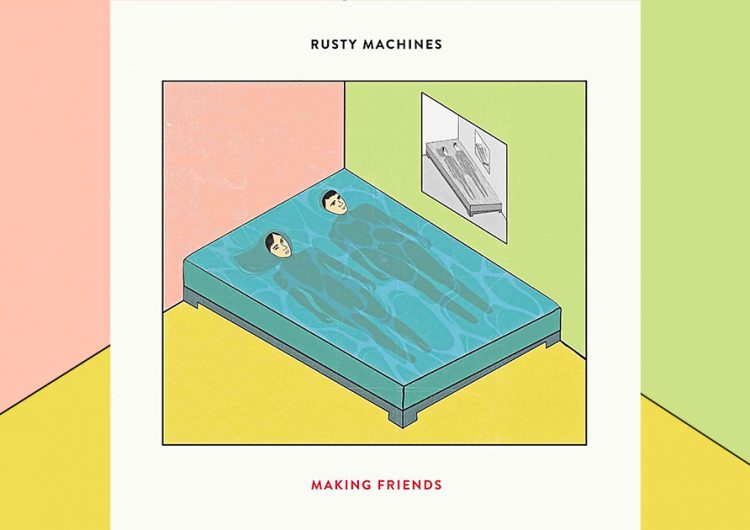 Before this year ends, Rusty Machines is off to making (more) friends. After filling our rooms with garage rock nostalgia with their 2014 “City Lights” EP and helping us figure out what went wrong in different parts of our lives, the four-piece band is back to prove they’re set out for much bigger stages—in the form of their first-ever album.

If you’re out and about tomorrow, you can join Rusty Machines in launching their debut album “Making Friends” at 123 Block, Pioneer St., Mandaluyong, at 8 p.m. onwards. Ang Bandang Shirley, She’s Only Sixteen and Ciudad will also join the lineup. CDs will be sold at the venue, and you can catch the 11-track album in streaming sites on the same day.

The band has already dropped “Until,” the seventh track off “Making Friends.” Their poignant take on the one-step-forward-two-steps-back kind of relationship feels like a slo-mo drown, but keeps us hinged on much, much-needed introspection nonetheless. And just like what vocalist Iggy San Pablo repeatedly sings in “Until,” this makes us want to know things—including Rusty Machines’ music—a little better.

SHAREHead’s up, cinephiles! Wes Anderson’s 10th feature is coming to the silver screen...

SHAREHaruki Murakami’s “On Seeing the 100% Perfect Girl One Beautiful April Morning” is...