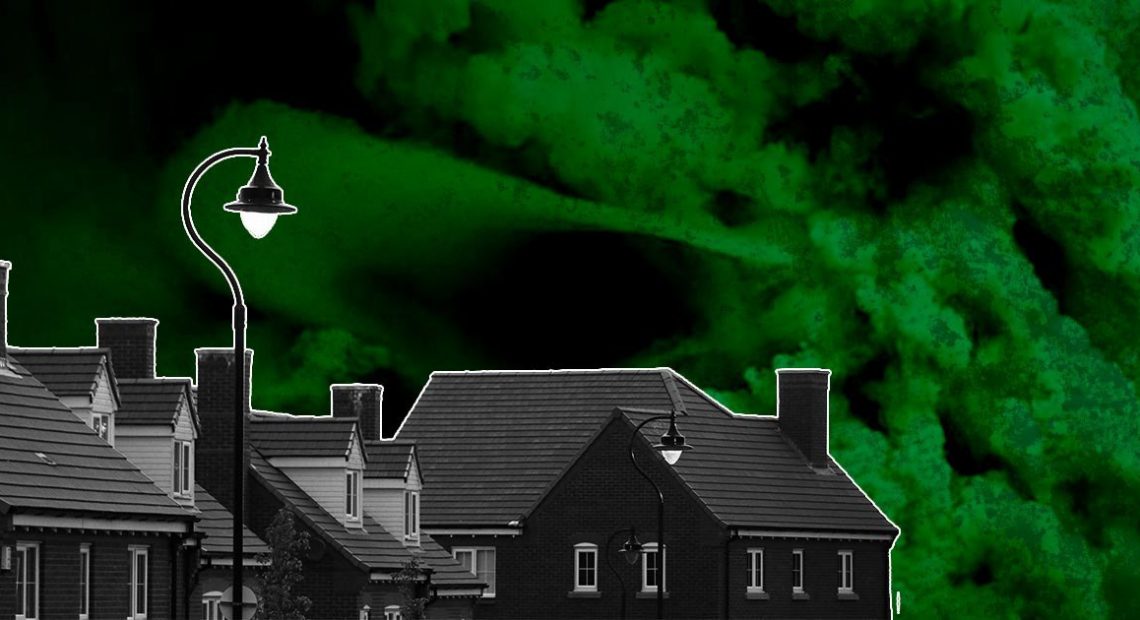 Early Sunday afternoon, Jan. 12, a phreatic explosion shook the main crater of Taal Volcano, subsequently felt by its many neighboring municipalities. Plumes of smoke and ash rose from Taal—whose last recorded eruptions happened thrice in the ’70s, with eerie similarities to the present, starting as a phreatic explosion from the Mt. Tabaro crater—which remains present in the murky skies as of writing.

Read more: What we know so far about Taal volcano’s eruption

While cities as far as northern Metro Manila have encountered its effects in the form of ashfall, nearby areas of Cavite, Laguna, and Batangas (now under a state of calamity) lie at the volcano’s nexus, experiencing the effects firsthand. Agoncillo, the closest town to the Taal crater lake, was blanketed with ash, causing roofs to collapse due to the ash’s weight and flattening trees around the area.

Agoncillo town, the nearest area in the Taal crater lake, turned into a “desert” after the whole site was covered with gray ashes and coconut trees were almost flattened. @manilabulletin

On Monday morning of Jan. 13, Taal Volcano spewed lava, dubbed as a “magmatic explosion.” “This magmatic eruption is characterized by weak lava fountaining accompanied by thunder and flashes of lightning,” a representative from the Philippine Institute of Volcanology and Seismology (PHIVOLCS) says. On Sunday alone, alert levels rose from two to four, prompting citizens living nearby to evacuate. Currently, alert level four still stands, meaning that a hazardous eruption is imminent within the span of hours or days.

But what exactly does a hazardous eruption bring, especially to those living near the Taal Volcano area?

Despite being kilometers away from the actual volcano site, locations as far as Bulacan bore witness to the rain of ash that covered vehicles, impending most transportation since Sunday afternoon. This also resulted in class and work suspensions come Monday morning.

Send us photos of your current location affected by #TaalEruption2020.

Larger particles known as “papilla” have reportedly fallen in Tanauan and Talisay, Batangas; and Tagaytay City and Sta. Rosa, Laguna. “Fine ashfall can cause irritation and breathing problems especially among the elderly and children and it is particularly dangerous to our health,” PHIVOLCS reminds. N95 masks in drug stores are being sold out by the second, but for an alternative, experts recommend using a regular mask with a wet towel.

These are large, hot rocks and other fragments coming from the volcano, hurled to areas within a close range. According to the University of the West Indies, these fragments equal the speed of cannonballs and may land 2 kilometers of the volcano vent. However, there’s also a possibility that it can travel as far as 5 kilometers, or even farther when the eruption is particularly explosive. Renato Solidum, Department of Science and Technology (DOST) Undersecretary and officer-in-charge of PHIVOLCS, advises that no one should be around nearby towns. In 1965, several citizens evacuated in areas such as Agoncillo and Laurel, where large rocks fell from the sky, hitting boats and surrounding people.

The eruption last Sunday triggered several earthquakes, with a current total number of 52 occurrences. “Such intense seismic activity probably signifies continuous magma intrusion beneath the Taal edifice, which may lead to further eruptive activity,” PHIVOLCS says. The shockwaves underwater may set off the body of water surrounding the volcano onto its shoreline. Volcanic tsunamis occur in crater lakes if water is displaced due to deformation of the lake floor due to rising magma. If the volcanic activity rises to a level five, then these tsunamis remain a possibility, as stated by PHIVOLCS’ Supervising Science Research Specialist, Winchelle Sevilla.

Antonia Bornas of PHIVOLCS describes base surges, a mixture of gas and rock fragments ejected during the eruption, as a major hazard in Taal. During Taal’s 1965 eruption, these surges occurred for 31 days. Impacts during the 1911 eruption include casualties from gas suffocation and shock wave impact, as well as injuries and burns caused by hot sand and ash. Base surges may flow beyond Taal’s lakeshore, with an impact of a speeding car.

Those within the 14-kilometer radius of Taal Volcano’s crater are advised to evacuate to safer areas. During these trying times of nature, stay vigilant, but keep safe. In case of emergencies, please take note of the hotlines below:

SHAREWhile we’re out here pining for Kendrick Lamar’s next album (which may or...