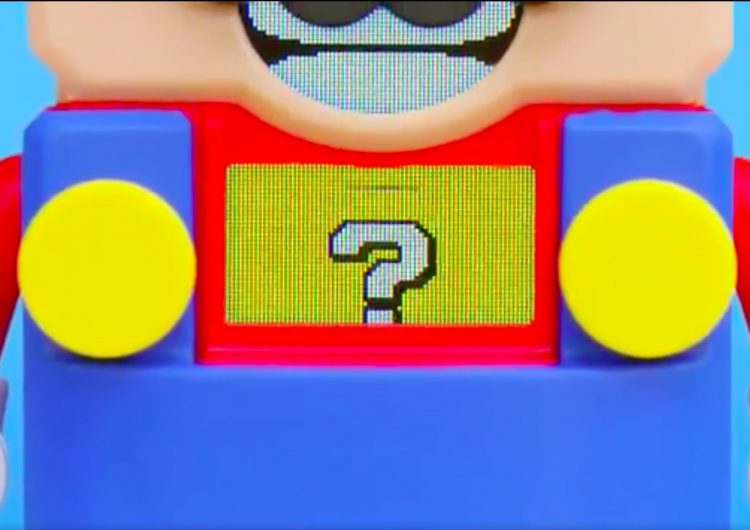 In the crazy world of games, Super Mario is the Theory of Evolution’s poster boy. Aside from seeing him repeatedly grow tubes after tubes in its OG release, this classic gaming icon has been made into countless iterations—such as Doctor Mario, 8-bit Mario, Cape Mario and more.

Love it or hate it, the evolution isn’t stopping this year; blame it on Lego and Nintendo. On Nintendo of America’s Twitter profile, they teased their latest collaboration with Lego: “Something fun is being built! Stay tuned.”

It comes with a seven-second glimpse of Mario’s body, chest topped with the iconic Question Block, functioning like a slot machine. His figure seems more blocky than ever, and he already has Lego minifigure hands—the anatomy of what they call Super Lego Mario. This clip was also shared by Lego Group. I guess it’s official—a brick-based Mario is joining the group chat.

Should we be pumped for a box-shaped Mario? Well, Lego has a way of taking pop culture in interesting directions. Late last year, Lego partnered Blizzard Entertainment to produce Overwatch building sets. Lego has never disappointed in its collaborations—remember the bomb Lego The Lord of the Rings video game which brought us spoofed (but entertaining) alternate storylines? How about Lego’s collaboration with NASA that made us want to go to space? And oh, that Lego-based Harry Potter sets. Cue chef’s kiss.

What are we seeing in this LegoxNintendo tie-in? Is Super Lego Mario a game? And if it is, could we battle with our friends? What if it turns out to be a hugeass Lego model, though? Even better, a life-sized one—and it’s our decision where we take the guy.

Though this collab still comes off mysterious to us, we’ll keep our tabs open. Mario with LED senses has so much potential in killing more mushrooms. But the question is: Will there still be mushrooms, even?

Still from the teaser

SHARESocial media has become a warzone for political mudslinging this election season. One...

Meanwhile, while we wait for season three…

SHAREWhat’s better than a chart-topping bop? A ridiculous parody of it, obviously. When...