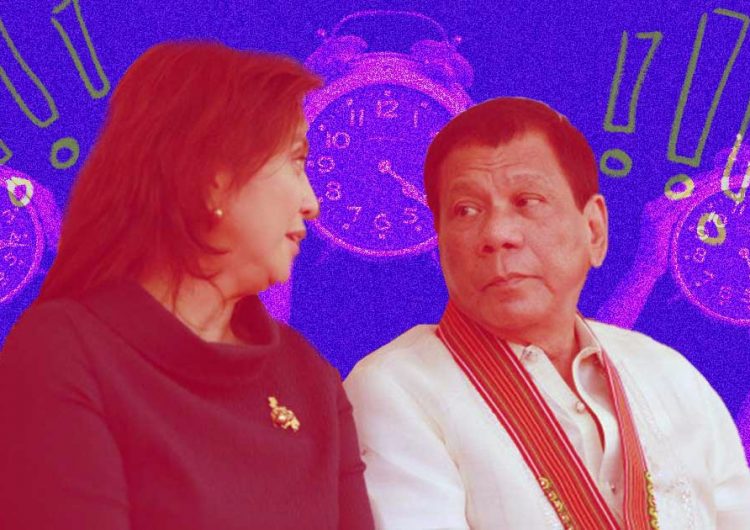 The past week has been a blur of shifting policies and rapid news dissemination. Last night, the national government decided to issue a statement. On the same evening, two of the Philippine’s highest ranking government officials made separate announcements regarding the COVID-19 health issue.

At around 6PM, Vice president Leni Robredo issued a brief, 8-minute statement detailing the situation about the pandemic and listed actionable plans we can do as individuals to help our communities during this time of crisis. The VP’s bulletin was broadcasted over a livestream that was casted by all major news networks. Here’s a summary of her main points.

Overview of the situation

VP Robredo began by explaining what a pandemic is, which is a widespread endemic illness across the globe. She assured that there is continuous research being done in order to help those infected locally.

Since the infection spreads through direct contact, she urges everyone to exercise social distancing. We’ve had our fair share of scrutiny about the whole idea of practicing social distancing in an overpopulated metro, but she urges private sectors to do their part in lessening points of contact. One such practice being a “work from home” type of set up with private companies. She also encouraged them to look into skeletal staffing, to avoid the need for people to go out unnecessarily.

As for those who cannot afford to lose a day’s worth of salary and whose work requires them to go to work physically, she also encouraged setting up financial assistance to help them put food at the table during this time of crisis. Emphasizing the need to look out for the poor, she reminded government officials that a lockdown can only be effective if there are enough provisions for those in need. As these workers are left without a source of income and a limited amount of supplies, food banks and stores must be well-stocked as the import and export of  produce will be greatly affected. “Dadami pa ang mahahawa. Hindi ito haka haka, nakabase ito sa aral at karanasan ng ibang bansa,” she warns.

Read more: Volunteers can now get injected with coronavirus for research purposes

Robredo assured those who feel they might need to hoard groceries or immediately visit the hospital to maintain calm and to think of others who might need it more. She reminded citizens to get only as much as we need and to practice at least 2 days of self-quarantine before heading to the hospital. “Ang isang bote ng alcohol na hindi mo nagamit ay isang bote na hindi nagamit ng kapwa mo. Kung magkasakit sila, lahat tayo madadamay gaano man karami ang maiimbak natin na gamit o pagkain.”

After the advisory, Robredo gave her personal thanks to the frontliners in the service and health industries who are tirelessly making sure everything keeps afloat. She encouraged them saying, “Wag po kayo panghihinaan ng loob.”

Read more: The COVID pandemic goes to show how much we need the sectors being attacked by gov’t officials

For her closing remarks she called on all local sectors to unite and help one another just as we have risen from earthquakes and braved typhoons together. She concluded, “Mas malakas pa rin ng Pilipino ang COVID… Pilipino tayo at sama sama natin malalagpasan ito.”

A few hours later, Pres Duterte issued a statement of his own in a live 40-minute press conference held within Malacanang. Despite having set the conference at 6:30PM, the actual address began at almost 9PM. He emphasized the importance of following DOH guidelines and also the prominent role the police will play during this time as Metro Manila has been placed under military-enforced community quarantine. Here’s a summary of his points.

President Duterte began his speech by telling Filipinos to not “kill themselves with worry” because the government “is doing everything possible to at least make it controllable.” He emphasized the importance of listening to the Department of Health because “Ako at ang military ay hindi doktor kaya wala kami maitulong sa inyo. Only medical experts can help us so listen to them.” (Fair enough, but then we remember this was a thing that happened.)

He announced that Metro Manila is now under community quarantine as the code alert has been raised to Sublevel 2. The president expressed his “worry” that the health scare will incite public disorder.

“Ako at ang military ay hindi doktor kaya wala kami maitulong sa inyo. Only medical experts can help us so listen to them.”

The implementation of the community quarantine starts up from military personnel down to barangay captains. The president warned that disobedience towards an officer of the law will result in detainment or imprisonment.

The president warned that disobedience towards an officer of the law will result in detainment or imprisonment.

From March 15 to April 14, all forms of land, air and sea travel in and out of Metro Manila will halt completely and need to be monitored by an inter-agency task force. Mass transportation will still continue in the metro and once more he reminded people to practice social distancing.

Philhealth will also be giving out free COVID-19 testing kits. Hopefully, the production on these kits speed up given the quickly rising numbers of those infected. He encouraged LGUs to be mindful and authorize provincial or municipal quarantine as soon as two or more confirmed cases have been found within the area.

After addressing his, uh, right hand man, the president also made sure to thank President Xi Jing Ping for his “kindness and generosity” in offering us help. Never mind that China is currently under fire from international court for giving poor countries unpayable loans and aggressive territorial mapping of nearby Asian countries.

There were no other statements of gratitude for the rest of the conference.

Clarifications that this is not Martial Law

If we had any more doubt he expounded, “Hindi ito Martial Law. It’s not even something extraordinary.”

The president ended his speech by saying, “Ang simple lang nyan, to protect you. And the purpose of government is to keep order. If things deteriorate the military and police will keep order.” While there was more elaboration on how closely everyone will be monitored than how to actually keep people safe, President Duterte’s final words cemented the sinister circumstances his administration wants us to live in, “Totoo ito, crisis talaga to. Kasi walang gamot. Thanks for listening.”