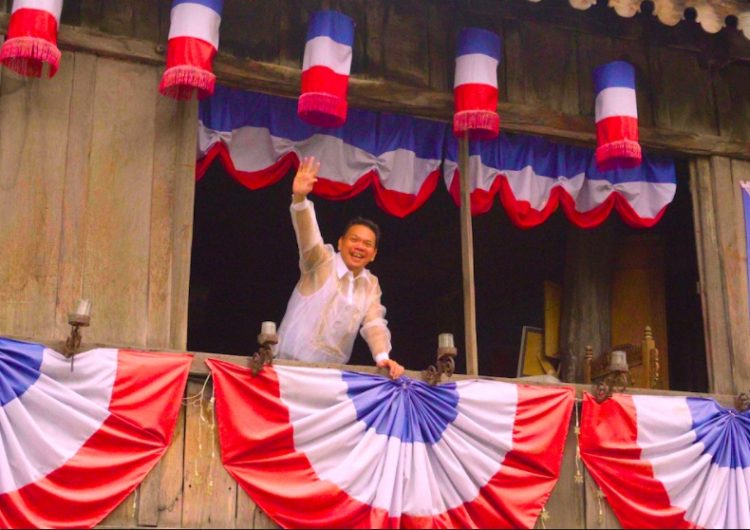 If you were given a chance to time travel, where would you go? Are you zooming 10 years backward to delete a major oopsie, or are you jumping five years ahead to know if the Earth will survive the current dystopia? For two Erinyes, they traveled back in time to rewrite a whole barangay’s history. (But not the way families of dictators rewrite history.)

In Greek mythology, Erinyes are goddesses seeking vengeance against anyone who has committed unforgivable acts. This is the situation in Keith Deligero’s award-winning short film “Babylon.” Loaded with internet dial-ups and karaoke sound bites, this very, very absurd 20-minute short film—which is a combination of experimental, social realism and trash cinema—is Scout’s treat for you this Independence Day.

In a time when mobile phones are still non-existent, a small barangay in Cebu is visited by two women from the future to plot revenge against a barangay captain called “Tito Loy”—the biggest dictator they know. Several portals and fatalities later, we find Dawn and Saab teaming up with other members of the community to seek justice for those who’ve had a taste of Tito Loy’s brewing tyranny.

Armed with zarzuela, talking chickens and lightning rods, “Babylon” is a trippy film that could help remind us what independence feels like. Its multi-narrative nature serves just the full-sensory experience we need—so if it feels like a long, harsh screech, it’s probably meant to just wake us up.

Is Barangay Babylonia a microcosm of this “big beautiful country?” You decide. Watch out for an exclusive screening of “Babylon” on June 12 on Scout’s Facebook page at 8 p.m. If you can’t be on time, we’ll be leaving the film available until Sunday, 8 p.m. Till then, we wish you authentic, much-deserved freedom.

SHAREThere’s something interpersonal with Electromilk’s art. As we look closer, the feeling of...