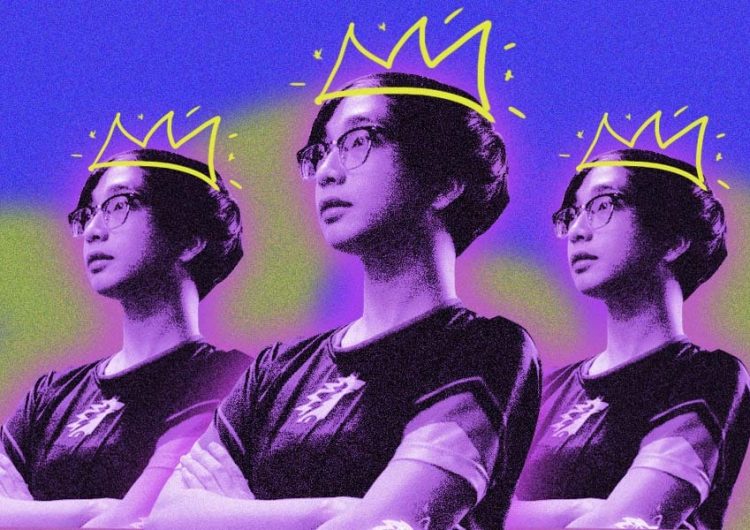 Safe to say, gatekeeping is notorious in the gaming community. From the infamous GamerGate sexist campaign down to the homophobic slurs thrown in trash talk, esports still reeks of casual discrimination.

But here’s the upside: Progress is being made, and it could finally be hitting the mainstream thanks to proper representation. At its helm is Johnmar Villaluna a.k.a. OhMyV33nus, team captain of Blacklist International Season 7 champions of Mobile Legends Professional League Philippines. And yes, he also happens to be queer.

Last night, May 30, the esports team nabbed the title after defeating opponent Execration in the grand finals with a 4-3 win. Alongside OhMyV33nus were teammates Wise, Dex Star, Eson, Edward, Oheb, and coach Bon Chan. Blacklist came out on top on the backs of OhM33nus and Wise’s consecutive wins, earning the Philippine spot in next month’s Southeast Asian Cup. But of course, the championship wasn’t all smooth sailing—even outside the games itself.

“To open up the minds hindi lang ng bawat mga taong nanunuod kung ’di pati na rin ang mga kagaya ko na nangangarap pumasok sa ganitong industry (To open up the minds not only of those who are watching us, but also those who, like me, had dreamed to enter this industry).”

He added, “I will use any platforms that I can to spread awareness about how homophobic slurs affect a member of LGBTQ+ and how to turn that negativity into inspiration to keep moving forward. Let this be a healing movement not only limited to the LGBTQ+ community, but also to everyone.”

And at the end of it, OhMyV33nus says that gender and sexual orientation shouldn’t even be part of the equation in esports, and that the community should just do away with labels.

“Gamers are gamers. Not gaymers, not girl gamers, or etc. Anyone can be a gamer,” he told Mega last March. Well said, Vee. Well said.

You can check out Blacklist’s winning moment below.

Read more:
The “fake nerd girl” is a huge sexist myth
The up, down, left, right, of ESports according to a pro-gamer
An esports glossary straight from the computer shop

SHARESo you’ve made it. You’ve finally bagged your dream job, thrown caution into...

SHAREIn case anyone needs to hear it again, not all Korean dramas dwell...